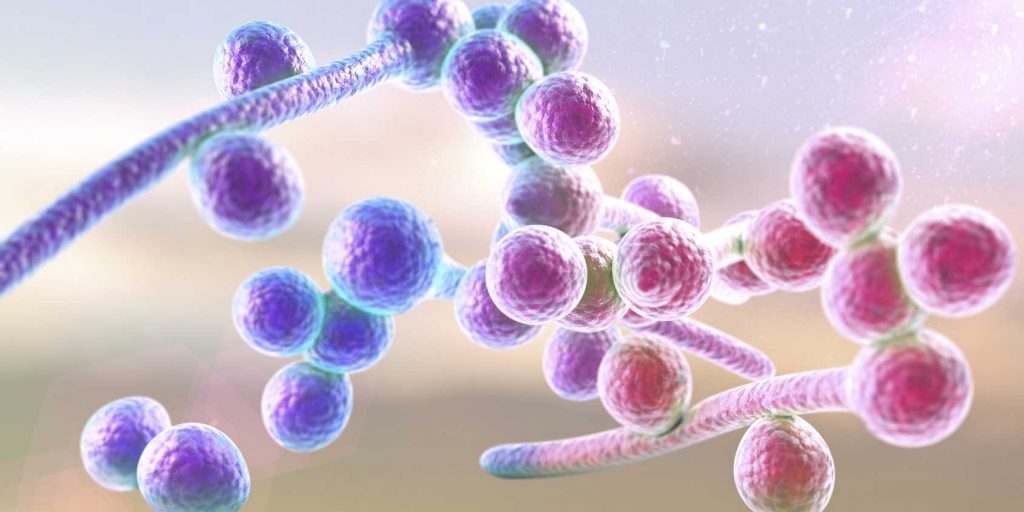 No, not bacteria this time, but still deadly. It has been killing two-thirds of all who contract the infection. Action Alert!
There are ways to protect yourself. You need to know about them.
Once again, US public health officials have issued a warning concerning a multiple drug-resistant infection, but this time, it isn’t bacteria that are the problem—it’s yeast. Yeasts are single-celled fungi which have been used from time immemorial to ferment foods, but some strains are pathogens that cause infections in humans. The emerging strain of yeast, Candida auris, has been found in nine countries and possibly the US, and has sickened hundreds of people.
Fungal infections aren’t a new problem, but this particular strain is especially deadly, with only one-third of patients surviving the infection. The resistant yeast can also jump from patient to patient within a hospital.
Nor is this the only drug-resistant fungal threat: before the Centers for Disease Control and Prevention (CDC) heard reports about the threat of C. auris, the agency had been tracking a different drug-resistant yeast species, C. glabrata.
Researchers say that drug-resistant fungi have arisen largely as a result of the use of fungicides on crops. Bacterial resistance is usually attributed to the use of antibiotics on farms and their overuse by doctors. Scientists should be researching whether the widespread spraying of herbicides and pesticides contributes to antibiotic bacterial resistance as well.
Drug-resistant yeast pose a familiar problem. There are only a small number of anti-fungal medications. C. auris is resistant to every class of drug in the conventional doctor’s tool chest. Researchers also think this resistant yeast strain may be a new species, meaning very little is known about it—how well it adheres to the skin, how it colonizes the gut, where it comes from in the environment, etc. The unfamiliarity and uncertainty also make it hard for physicians to identify it.
There are, of course, natural treatments for yeast. Many in the natural health community know of the numerous health benefits of supplementing with bacterial probiotics—beneficial organisms that aid in the health and diversity of the gut microbiota, and compete with both bad bacteria and yeast. Just as important to health are yeast probiotics, such as Saccharomyces boulardii and S. cerevisiae (brewer’s yeast, which is also used in baking bread). These can be very useful in warding off harmful fungi and pathogenic yeasts. This is especially important if you’ve recently taken antibiotics, which kill off bacteria but not yeast, so the yeast population can explode.
Yeast in the gut is typically kept in check by other organisms in the gut microbiota, but when that balance is thrown off by a course of antibiotics or other causes, bad yeast can get out of control and cause serious health issues. Probiotics, including yeast probiotics, can help keep this in check and impart other health benefits to boot. S. boulardii is a non-colonizing yeast, meaning it won’t take up permanent residence in your gut, but it will stimulate your gut’s production of an immune molecule that makes it difficult for “bad” yeast to stick to your gut wall.
For the same reason that you won’t hear the government suggest herbs, plant extracts, essential oils, or colloidal silver to combat antibiotic resistant bugs, you aren’t likely to hear that probiotic yeasts can help keep drug-resistant yeast in check. Why? Because, like other natural products, these are substances that cannot be patented and thus cannot make money for the drug companies—or, by extension, the government.
This could be changing, but not in a good direction. In our coverage of the FDA’s new guidance on New Dietary Ingredients (NDIs), we noted that the FDA appears to be moving against probiotic supplements with the goal, we suspect, of handing over these products to the pharmaceutical industry. It’s unclear whether probiotic yeasts would be affected by this language, but if they are, it would be one further assault on natural health.
Action Alert! If you haven’t already, send a message to the FDA regarding their new guidance on NDIs. Please send your message immediately.

Other articles in this week’s Pulse of Natural Health:
Mercury Found in High Fructose Corn Syrup
Zero Deaths from Supplements