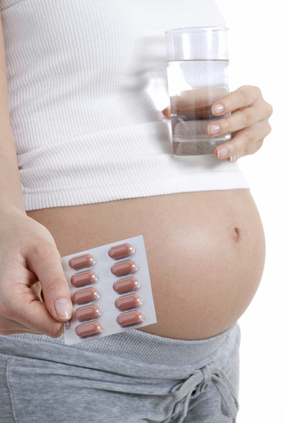 And what doctors are prescribing as an alternative is just as dangerous. Action Alert!
We’ve told you before about the dangers of prescription opioid painkillers: drugs like oxycodone (OxyContin) and hydrocodone (Vicodin) are incredibly addictive, and cause more deaths a year than heroin and cocaine combined.
Alarmingly, a full 20% of pregnant women now use these prescription painkillers, according to the New York Times. What’s worse, not all women are being prescribed opioids equally: those with Medicaid, as well as those who live in the south, are being prescribed painkillers during pregnancy at much higher rates: 23% of women on Medicaid, compared to 14% of women with private insurance, are being prescribed opioids.
Researchers aren’t sure about the reason for these prescribing discrepancies. However, they clearly demonstrate that opioid use during pregnancy is being influenced by other factors than necessity. For instance, there’s a strong overlap between areas where pregnant women are prescribed opioids at high rates and where opioid abuse runs rampant.
The effects of opioid use during pregnancy haven’t been thoroughly studied, but initial research shows that it can lead to neural tube defects (remember, the FDA is currently trying to ban folate—which can prevent such defects—from dietary supplements). Take this potential for severe birth defects, and throw in the fact that doctors are seeing a surge in infants born addicted to painkillers, and ask yourself why painkillers aren’t on the “banned” list for pregnant women.
Unfortunately, this nonsensical prescribing behavior aligns with how the FDA classifies what drugs are “safe” for pregnancy. The agency sorts drugs into five categories:

Note that in two out of the five categories, there is no evidence at all on the impact of these drugs during pregnancy. The truth is, fewer than 10% of FDA-approved medications have sufficient data to determine whether or not they’re safe for expectant mothers.
The result of this skewed system is that doctors are prescribing drugs for which there is no classification at all—simply because the risks have yet to be declared by the FDA.
For example, as an alternative to opioids, aspirin, ibuprofen, and naproxen (the active ingredient in Aleve), doctors often prescribe acetaminophen. You may already know about the general dangers of acetaminophen, but new research suggests that acetaminophen during pregnancy may promote severe ADHD in children.
As reported by Dr. Mercola, a study in JAMA Pediatrics (a journal of the American Medical Association)found that the children of women who took acetaminophen while pregnant had a 30% increased risk of ADHD during the first seven years of life, as well as a 37% increased risk of hyperkinetic disorder (HKD), a severe form of ADHD. The more acetaminophen used during pregnancy, the higher the child’s risk of ADHD-related problems.
And don’t forget that many prescription painkillers contain a combination of opioids and acetaminophen, putting babies doubly at risk.
Pain and discomfort during pregnancy is inevitable. In our culture of instant gratification, and in a time where doctors spend less and less time with patients, it may be tempting to take a “magic pill” to feel better. But remember that there are many natural and alternative ways to manage pain, including massage (especially useful during pregnancy and especially during labor), acupuncture, psychical therapy, and meditation.
As always, talk to your integrative practitioner before trying a new health regimen, all the more so if you’re pregnant.
Action Alert! Although acetaminophen has no FDA classification for use in pregnant women, it is the go-to over-the-counter painkiller recommended for expectant mothers. Given the link between acetaminophen and ADHD, this drug should be classified as Category D (there is evidence of fetal risk, but it may still be recommended in urgent cases). Write to the FDA today, and ask them to warn expecting mothers about the dangers of acetaminophen!

15 thoughts on “One in Five Pregnant Women Take Opioid Painkillers”