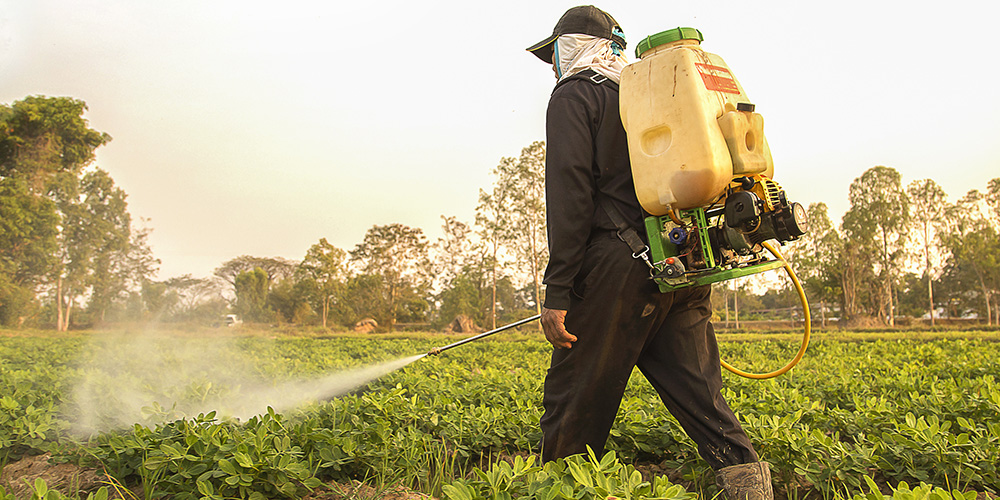 Details have emerged showing that Syngenta dragged its feet for decades in curbing deaths related to paraquat poisoning. Help us pass legislation banning this and other dangerous pesticides. Action Alert!

Internal company documents that have come to light due to litigation concerning paraquat’s link to Parkinson’s disease detail decades of resistance to making a safer version of paraquat, a potent herbicide that is one of the most widely used weedkillers in the United States, that has killed tens of thousands of people around the world since hitting the market in the 1960s. This underscores the urgent need to ban paraquat and other dangerous herbicides that pose a threat to human health.

Since drinking even one sip of paraquat can be lethal, it is used in suicides; in Taiwan, researchers say it causes 160 deaths a year. After South Korea banned paraquat, there was a 10% decline in suicides. Syngenta was aware of the lethality of its product as early as 1968, when a staff scientist suggested adding a chemical to paraquat (called an emetic) that would make those who ingested it vomit and thus prevent death. Documents dating from that time show that Syngenta rejected or resisted many different options for changes to its paraquat formulation to make it safer, in part to protect their bottom line.

An emetic was eventually added, but at too low of a dose to actually save lives. After more than a decade of the addition of the emetic, the company considered other formulations that would be safer, such as diluting the formulation, but it was determined that such measures would “destroy group profit from paraquat,” according to an internal company memo.

These documents have come to light thanks to a pending class action in which plaintiffs, represented by the firm Korein Tillery, allege that, not only does paraquat cause Parkinson’s disease, but Syngenta knew about it and covered it up. Meanwhile, the EPA denies that there is a causal relationship between Parkinson’s and paraquat. Yet a 2011 study found that workers exposed to paraquat had more than double the risk of developing Parkinson’s. In fact, paraquat is so good at causing Parkinson’s that researchers routinely give it to mice to create an animal model. Multiple studies from the National Institutes of Health (NIH) show clear links between the chemical and Parkinson’s. “It’s about as persuasive as these things can get,” said one NIH researcher.

Clearly the EPA is part of the problem. We need Congressional action to protect us from paraquat and other dangerous pesticides. There is currently a bill in Congress (HR 7940, The Protect America’s Children from Toxic Pesticides Act) that would (among other things):

These chemicals pose a threat to us all, not only because of their acute effects but also in their contributions to chronic disease. Let’s support this important measure.