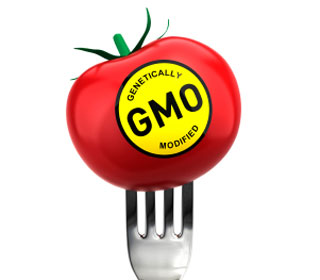 Opponents of GMO labeling say it will raise food costs by hundreds of dollars per family when in fact it will likely cause NO cost increase at all!

The California Right to Know 2012 Ballot Initiative, which will be voted upon in November, will tell Californians—and ultimately perhaps other Americans—whether their food contains genetically engineered ingredients. Not surprisingly, the biotech companies are up in arms over the proposal. Their website is NoProp37.com, funding for which comes in part from the Council for Biotechnology Information, whose members include Monsanto, Dow, and other GMO companies. The site, which used to be called StopCostlyFoodLabeling.com (they just recently changed the domain name—could it be because they realized it wasn’t costly after all?) says:

[Labeling genetically engineered foods] would increase food costs paid by California consumers. The higher costs that farmers, food companies and grocers would face because of this proposition would be passed on to California consumers through higher food prices. That would hurt all California families—especially those who can least afford it, such as seniors on fixed incomes and low income families. An economic analysis of a similar measure that was rejected by Oregon voters found that the type of labeling regulations in the California proposition could cost an average family hundreds of dollars per year in higher food costs.

Note that they analyzed a rejected Oregon proposal, not the proposal on which Californians will be voting in November! But Joanna Shepherd-Bailey, PhD, has analyzed the one in California.
She’s the renowned tenured law professor from Emory who has testified before the US House of Representatives Judiciary Committee and before the Committee on Law and Justice of the National Academy of Sciences. Her analysis reveals—in direct contradiction to the propaganda being put forth by the biotech companies—that GMO labeling will likely cause no increase in consumer costs at all!
In fact, her report refutes the two key fear-mongering arguments being put forth by opponents of GMO labeling.
Kathy Fairbanks, the spokeswoman for the Coalition against the Costly Food Labeling Proposition, claims that GMO labeling will increase the cost of food by hundreds of dollars per California family because food producers and grocery store owner will have to re-label food and put up placards. But Shepherd-Bailey found that the one-time average per-product cost to manufacturers of redesigning all food labels is $1,104, which represents only 0.03% of annual per product sales, and that the one-time average per-store cost of placards disclosing genetic engineering will be $2,820, or about 0.1% of the annual sales in the average supermarket.
Because the increase in cost-per-item of goods is so small, it is most likely that this increase will not be passed on to the consumer at all. According to extensive survey research, a primary reason firms don’t change prices in response to many cost changes is because of the fear of losing customers. Even if relabeling expenses were substantial enough to justify the cost of re-pricing, many suppliers will simply refrain from changing prices from fear of losing customers to other products that have not increased prices.
Besides, manufacturers change their labeling all the time—anytime their product is “new and improved” or they change a logo or a box design—and those costs are not passed on to the consumer. When the government required nutritional information to be posted on each container, prices didn’t go up because of it. It would actually cost companies more internally to raise prices than for them to simply absorb the costs. And with an eighteen-month lead time, it may not cost many companies anything at all.
In a worst-case scenario, even if all of these costs were passed on to consumers, this translates to a mere $1.27 one-time increase in the total annual food expenditure for the average household in California. And this is an overestimate, since not all products will require GE labeling.
In other words, these specious allegations about rising food costs is just the latest attack from the anti-labeling camp—those who don’t want you to know what you’re eating. Several weeks ago we told you about their specious charge that Label GMO will become a Prop 65 type “right to sue” law—that it would “create…frivolous and costly lawsuits” and would lead to abusive “bounty hunter”–style lawsuits that allow plaintiffs to keep a “bounty” of 25% of civil penalties collected—when in fact the initiative does not include the controversial bounty fees found in other California laws, and their entire campaign is based on disinformation. They are entitled to their own opinions, of course—just not their own facts.
Since the law would be enforced through litigation, opponents also claim that GMO labeling will impose high costs on the state of California as a result of an increase in litigation. Shepherd-Bailey shows that this is also false. She estimates that the cost to the state will be negligible: the annual costs for processing and hearing cases should be less than $50,000. And while there will be administrative costs to the state as its Department of Health begins to implement certain provisions of the law, her analysis found that these administrative costs will be less than $1 million—that is, less than 1 cent for each person living in the state of California—causing the department’s expenditures to increase by no more than 0.03% and total state expenditures to increase by just 0.0008%. That one cent is all it will cost for critical health information to be made available to the many consumers who want to know what is in the food they feed their families.
If you are a California resident, please consider being part of the campaign to educate your fellow Californians and get them to vote on November 6! Over 90% of Californians want their foods labeled—but it will never happen if citizens don’t understand the issues and get to the polls. Volunteer. Donate. Join a local group. And get the word out!
Being able to see which foods contain genetically engineered ingredients is particularly important when you see how dangerous GE crops can be. Monsanto’s “Roundup Ready” crops have been genetically engineered to permit direct application of the Monsanto herbicide Roundup (glyphosate), allowing farmers to drench both their crops and crop land with the herbicide so as to be able to kill nearby weeds—and any other green thing the herbicide touches—without killing the crops.
According to a recent animal study published in the journal Toxicology in Vitro, glyphosate, which is frequently present residually in GMO foods, can affect men’s testosterone and sperm counts. It is toxic to testicle cells, can even kill them, and significantly lowers testosterone synthesis. As Jonathan V. Wright, MD, in the July 2012 issue of his Nutrition & Healing newsletter, points out, synthetic herbicides and pesticides are essentially “environmental estrogens” in humans, as these molecules mimic estrogen activity. GMO agriculture has exacerbated this situation.
There are many, many more health issues with GMO foods, as you can read about in our earlier articles.