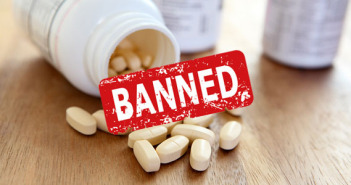 November 13, 2014
Category: Compounding Issues
Recent regulations released by the FDA contain several provisions that are harmful to doctors, patients, and compounding pharmacists.
Office Use:
This is an area of the rulemaking that has garnered the biggest reaction from the compounding community. Congress and the FDA have required a patient-specific prescription for all drugs compounded, with a narrow exception if the compounding is based on an established relationship with the patient , and the FDA will bring action against traditional compounders that do not require prescriptions.
This conflicts with state laws governing the pharmacist-prescriber relationship and impinges on the doctor-patient relationship. Keeping a supply of medications for office use allows doctors to respond quickly to patients in need of treatment, ensure patient compliance, and monitor physical reactions. Limiting office use does nothing to improve patient safety and instead limits doctors’ ability to do what is best for their patients.
5% Rule:
Traditional compounders (as opposed to large outsourcing facilities) are only allowed to send 5% of their sales out of state. This is an arbitrary limit on the movement of compounded drugs that has no impact on the health and safety of patients. The only plausible benefit of the rule would be for large drug companies who wish to limit access to compounded medications.
Bulk Ingredient Lists/Clinical Need:
The FDA has asked for nominations for “bulk ingredient” lists, which will delineate what drugs may be used by traditional compounders and outsourcing facilities. Pharmacies and medical professionals have attempted to nominate the most important compounding ingredients for the lists; however, the FDA has asked for information to be included in the nomination process that is extremely difficult to compile, especially given the limited time frame for comment.
In the underlying statute, Congress stated that to be on the approved list, there must be a “clinical need” for the bulk drug substances. The FDA has interpreted this to mean more than what a physician feels is necessary for a patient and has asked for nominations to include a list of other drugs that could treat the same symptoms, an explanation of why a compounded drug product is necessary, an estimate of the size of the population that would need a compounded drug product, a bibliography of safety and efficacy data for the drug compounded using the nominated substance, and an explanation of why the drug product proposed to be compounded must be compounded from bulk rather than with the FDA-approved drug product.
Share This Post

One response to “Problems with Compounding Regulation?”