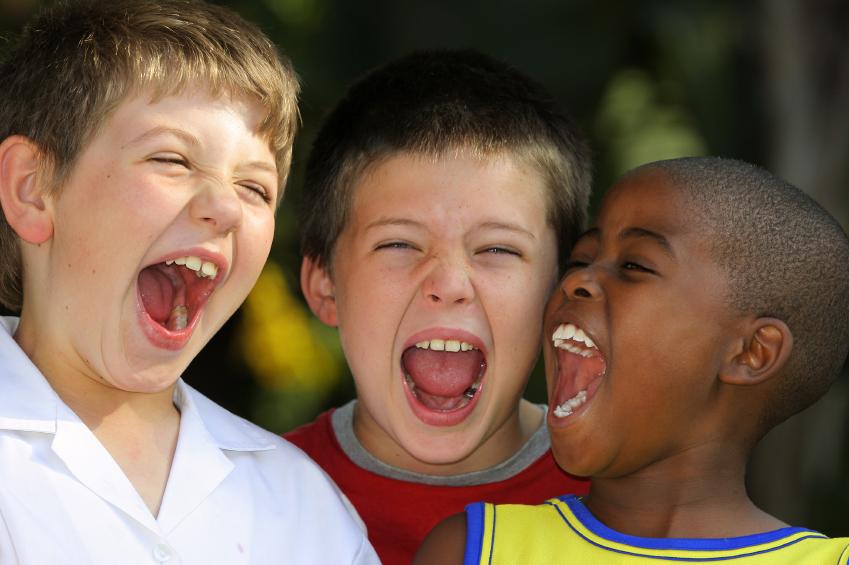 Our online action center is easy to use, we have petitions and alerts set up that allow you to contact your Senators and Representatives directly and tell them that you want sustainable health and you value your right to choose.
Tell the FDA: Tell the FDA to Stop Trying to Turn Food into Drugs!
The FDA recently released a guidance on INDs, or Investigational New Drug (IND) applications—the starting point for all FDA-approved drugs. This overreaching guidance requires companies to start a burdensome and expensive drug approval process if a nutrient is to be studied for potential health claims—even if the supplement won’t be marketed as a drug.

The Federal Trade Commission has recently created new and arbitrary requirements for ANY food or dietary supplement health-related claim—and is enforcing them—in direct violation of federal law. Please contact the FTC and ask the agency to grant our Citizen Petition!

Tell the FDA: Keep Your Hands Off Our LDTs!

Laboratory-developed tests (LDTs)—inexpensive diagnostic tests for patients that are developed and performed by local labs—include standard tests but also new ones, genetic tests, tests for rare conditions, and even custom diagnostics. The FDA has finally released its draft guidance document, which would treat LDTs as medical devices, requiring pre-market approval in many cases.
Ask the FDA to clarify their regulatory authority to regulate LDTs, and remind them that even if they do have the authority to proceed, they should follow a formal rulemaking procedure so the public can have a voice in the matter, instead of skirting the law by issuing a guidance document.

Dr. Paul Offit has written another pro-vaccine piece for the Wall Street Journal, but neither his mini-bio nor any statement from the WSJ reveals the fact that he is the inventor of a rotavirus vaccine that is recommended for universal use among infants by the CDC. He makes untold amounts of money from vaccines. Readers need to be aware that this commentator is not writing objectively, but has a deeply vested interest in promoting the universal acceptance of vaccines for younger and younger patients. Write to the Wall Street Journal and tell them they should have disclosed Dr. Offit’s financial tie to vaccines!

Tell the NOSB to Protect Organic Foods from GMOs and BPA!

The National Organic Standards Board will be meeting later this month to discuss and vote on fundamental issues that will determine the future of organic foods. They plan to research whether BPA in the packaging of organic food should be banned. They also will tackle cross-contamination of organic crops from GMO crops, and other thorny GMO issues. The deadline for comments is October 7, so please send your message immediately and share this Action Alert on your social media sites. We must make sure the board keeps organic foods truly organic.

The FDA has released several revised rules pertaining to the 2011 Food Safety Modernization Act (FSMA). Some of the rules that were proposed initially brought a deafening outcry from small farmers, prominent members of Congress, consumers, and even big business. On September 19, the FDA released several revised rules. The public has an additional seventy-five days to comment. Please tell the FDA that their revisions are heading in the right direction, but they don’t go nearly far enough. Explain why adhering to true organic standards is important for farmers and consumers alike.

Scientists are just beginning to realize that they might not even have the full story about how antibiotics work. One leading theory is that antibiotics create a pro-oxidant effect. If this proves to be true, there may be a role for intravenous vitamin C to help make treatments more effective against antibiotic-resistant drugs. Please write to NIH and ask its National Cancer Institute to fund human trials on IV-C.

Tell the FDA Their New Compounding Rules Will Hurt Patients

Under new rules proposed by the FDA, there will be an approved list of “bulk ingredients” (drugs) the FDA will allow to be sold by compounders in outsourcing facilities. Anyone can nominate bulk ingredients for the list (pharmacies are expected to be the most likely to do so), but the FDA is requesting supporting data for any ingredient nominated—and the new rules for this supporting information are so broad and complex, requiring so much time and research, that smaller organizations will find it difficult or even impossible to meet the agency’s requirements. Tell the FDA that their terms of the request for nominations for bulk substances are entirely too broad, and will greatly diminish patients’ access to important medications.

The FDA maintains a list of drug products that may not be compounded at all because they have been found unsafe or not effective. The agency proposes that additions to the list need not go through an advisory committee. However, going through an advisory committee makes these additions open to public comment, and that’s something we feel is vitally important. The FDA is tremendously suspicious of innovation, so the agency should not sole authority to determine what can go on the “do not compound” list. Tell the FDA that their agency should not have sole authority to add ingredients to a “do not compound” list, and that all additions to the list should go through an advisory committee that is open to public comment.

ANH-USA is working to protect access to bio-identical hormones, such as Estriol, from unwarranted interference by the FDA.
On January 9, 2008, the FDA sent numerous pharmacies, large and small, an order to stop using Estriol, and the term “bio-identical” in their hormone replacement formulas.  This was an unprecedented attack on compounders, patients and physicians because until then NO compounded drug component with a USP monograph had been withdrawn from circulation unless there was evidence of harm to patients.  Yet that is what the FDA did!  If they can do it to Estriol, they can do it to anything they wish to!The FDA admitted in their press conference that there is no evidence of harm to any patient from the use of Estriol in compounds.  It has been used since 1980, is available throughout the world in numerous prescription compounds approved by other nations’ FDAs, and there is even an investigational new drug application, approved by the FDA, that uses much higher doses of Estriol than is used in any Bio-Identical Hormone Replacement Therapy formula.

Tell the USDA to Do Statistical Analyses for the Whole Story!

A respected statistical analyst and advisor has published a study showing that GMOs could cause “an irreversible termination of life at some scale, which could be the planet.” He argues that calling the GMO approach “scientific” betrays “a very poor—indeed warped—understanding of probabilistic payoffs and risk management.” The interdependence of all things in nature dramatically amplifies risks that may initially seem small when studied in isolation. Tiny genetic errors on the local scale could cause considerable—and even irreversible—environmental damage when the local is exported to the global. Write to the USDA and ask the agency to do, for the first time, detailed statistical analyses of ecological risks when considering the deregulation of GM crops.

The New Jersey Legislature is currently considering a bill that would lump together “licensed dietitian/nutritionist”—the terms are used interchangeably throughout the bill. Instead of noting and providing for the differences between the two, the bill creates a State Board of Dietitians/Nutritionists instead of a separate board for each.

Tell the FDA to Inform Consumers of the Mercury in Dental Fillings!

US consumers are in the dark about mercury in dental products—and they are kept in the dark deliberately. A new report shows that 57% of Americans do not know that amalgam is mainly mercury—and 23% say it is mainly silver, because the FDA has told the American public that “dental amalgam fillings are also known as ‘silver fillings’ because of their silver-like appearance.” Mercury is a known neurotoxin, yet mercury fillings presents one of the largest consumer consumption of mercury worldwide, and dental amalgam represents the largest use of mercury in consumer products in the US. Call on the FDA to implement truthful, transparent labeling of mercury fillings, which will allow our country to keep its commitment to the Minamata Convention—and will educate the public about what they’re putting in their mouths.

Tell the FDA to Warn Pregnant Women about Tylenol Dangers!

A study just published in JAMA Pediatrics finds that Tylenol (acetaminophen) taken by women during their pregnancy may raise the risk of ADHD (Attention Deficit Hyperactive Disorder) and similar disorders in their children up to 40% — with the risk increasing the more acetaminophen the mother takes. And a study published late last year showed that women taking acetaminophen during pregnancy increased the risk of their children having serious behavior problems at age 3 by an overwhelming 70%. Unsurprisingly, the manufacturer is denying any accountability, citing the lack of “randomized controlled studies demonstrating a causal link.” The drug maker’s further statement that Tylenol has “one of the most favorable safety profiles” is ridiculous if one simply looks at the data. Every year, 78,000 people go to the emergency room from intentional or accidental acetaminophen overdose; 33,000 are hospitalized, and about 450 die. Tell the FDA to change its labeling on drugs containing acetaminophen to provide a warning to pregnant mothers.

The endocrine-disruptor bisphenol-A (BPA) has been linked with serious health problems, including cancer, birth defects, and heart disease. Several countries have banned it, and a number of US states have banned BPA in baby products (toys, bottles, sippy cups). Unfortunately, BPA is still in children’s dental devices, cash register receipts, and food packaging. It is used as a sealant in the lining of canned foods, and it’s in many plastic bottles.  A new bill introduced by Sen. Edward Markey (D-MA) in the Senate, and Reps. Lois Capps (D-CA) and Grace Meng (D-NY) in the House, would ban BPA in food packaging. The bill, S 2572 and HR 5033, currently has twenty-one sponsors in all. Please contact your legislators immediately and ask them to support the Ban Poisonous Additives Act of 2014, also known as the BPA Act.

Pharmacy benefit managers, or PBMs, are companies that process prescriptions for insurance companies and corporations, and use their size to negotiate low prices with drug makers and pharmacies. Several PBMs are dramatically decreasing their coverage for some bulk ingredients of compounded drugs, arguing that compounded medications “[have no] additional clinical value” over FDA-approved drugs. They argue that compounding is not “medically necessary.” Drug purchasing managers for insurance companies have no right overriding the medical decisions of physicians. And attacking compounded medications simply gives more of a monopoly to FDA-approved drugs. Tell the major PBMs that they have no authority to countermand a doctor’s healthcare directive with their own assessment of what is “medically necessary.” Show them how important compounding is to families like yours.