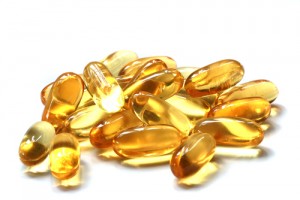 They’re trying to set a dangerous new precedent, but you can stop it. Urgent Action Alert!
The Federal Trade Commission has charged i-Health (the consumer supplement division of DSM, a Dutch-based multinational life sciences company) and Martek Biosciences Company with false advertising. The companies, which recently merged as DSM Nutritional Products, had been claiming that their Omega-3 DHA supplement BrainStrong Adult was “clinically shown to improve memory [and] help protect against normal cognitive decline as we age.”
I-Health and Martek thought they were on solid ground because they had done a double-blind random-controlled trial (RCT), generally acknowledged to be the “gold standard” in establishing health claims, to substantiate their statements. In this case, their claims were based on MIDAS, the Memory Improvement with Docosahexaenoic Acid Study, a randomized, double-blind, placebo-controlled, parallel, multi-center, six-month, peer-reviewed, journal-published study of 485 subjects.
But according to the FTC, their claim was unsubstantiated because the RCT showed statistically significant improvement in only one dimension of memory, and there are a number of other types of equally important human memory where improvement was not shown.
Here’s the rub. The double RCT standard is used under the Food Drug and Cosmetic Act (FD&C) to establish disease claims for drugs. This process is overseen not by the FTC, but by the FDA. And, importantly, there is no such requirement for health claims for supplements.
For the FTC to insist that RCTs are now the standard for health claims, by law the agency would at the very least have to undergo a formal, rulemaking procedure—and that’s something the FTC simply hasn’t done. So once again we are seeing the FTC overstepping its legal boundaries by requiring unnecessary expensive RCTs—in this case for non-disease claims—without going through a formal rulemaking.
This is not the first time recently that the FTC has acted outside the scope of its powers. You may recall that ANH-USA filed an amicus brief in support of POM Wonderful’s lawsuit against the FTC for trying to censor science about pomegranate, a natural health powerhouse which many studies have shown to protect against both heart disease and cancer.
The FTC has proposed an administrative settlement with DSM—a consent decree—barring DSM from claiming its product prevents cognitive decline or improves memory (not just the one type of human memory) unless the company can provide “competent and reliable scientific evidence” through a new RCT.
This is a no-win situation for DSM and other supplement makers: the consent decree, if accepted, broadens the scope of when RCTs are required. This will deter other supplement companies from investing in RCTs: you may recall that each RCT costs many millions of dollars—with no guarantee that the FTC will find the trial sufficient. This ultimately will limit the number and kind of claims that supplement companies will be able to safely make.
Money is, of course, at the heart of all this. Natural products usually cannot be patented, so companies can never hope to charge enough for the product to recoup the exorbitant price of the clinical trials. BrainStrong Adult costs $30 for a thirty-day supply; compare this to GSK’s prescription Omega-3 drug Lovaza, which costs $236 for the same month’s supply. Why is the FTC going after i-Health and Martek? Does Big Pharma fear BrainStrong will be too much competition for the Omega-3 drugs?
As we have noted in the past, we strongly suspect that the FTC is working closely with the FDA in its newly aggressive stance. Because the FDA has lost some court battles in its effort to repress supplements in favor of the drugs that pay the agency’s bills, we think it has turned to the FTC to see if the FTC can do what the FDA has not been able to do.
It is also worth noting that the FTC commissioners were not unanimous in their ruling. FTC Commissioner Maureen Olhaussen dissented, finding that the FTC’s evidentiary bar is being set “unduly high on a safe product” which “not only risks denying consumers useful information in the present but may also, in the long term, diminish incentives to conduct research on the health effects of foods and dietary supplements and reduce the incentives of manufacturers to introduce such products.” She found that the study’s conclusions matched up well with the “improves memory” efficacy claim and so should have been allowed.
URGENT Action Alert! There is a thirty-day comment period, after which the FTC must consider comments and decide whether to sign or withdraw the consent decree. The comment period ends on July 9, JUST ONE DAY FROM NOW, so it is essential you contact the agency TODAY and demand that they revise the proposed consent decree!

Second Action Alert! In addition, please ask the FTC to grant our Citizen Petition to follow the law and go through the legal rulemaking process before either a double or single RCT standard can be established.

6 responses to “The FTC Continues to Violate the Law”