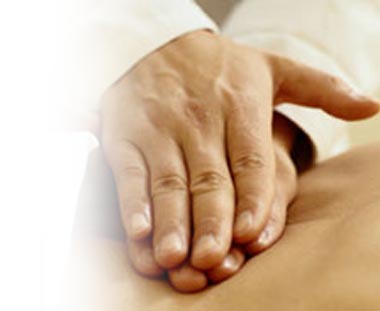 The Texas Board of Chiropractic Examiners (TBCE) wants to greatly limit the scope of chiropractic practice in Texas. Why? A state-based Action Alert.


The TBCE has proposed a change in its rules that would prohibit chiropractic doctors from diagnosing or treating any condition not explicitly related to the biomechanics of the spine and musculoskeletal system. This would make a “definitive opinion or diagnosis that a patient suffers from a disease or condition unrelated to the biomechanics of the spine or musculoskeletal system” outside the scope of permitted practice.

In effect, many of the services chiropractic doctors currently perform in Texas would become illegal. They would no longer be able to diagnose or treat extremities or peripheral neuropathies (damage to the nerves and peripheral nervous system), and any discussion of diet or supplements would have to be directly related to the patient’s symptoms connected with the biomechanics of the spine. Chiropractors certainly won’t be able to offer an integrated approach to health if they are forced to focus so narrowly on the spine.

Why would the TBCE want to limit their own scope of practice? Nationally, chiropractors have had to defend the legitimacy of their practice against state medical boards and the traditional medical community—often waging lawsuits and introducing legislation on both the state and federal level. The American Chiropractic Association offers a two-part video on chiropractic history. The video outlines its struggles, in particular against efforts by the American Medical Association, to stop competition from chiropractors—a battle that went all the way to the Supreme Court.

In Texas there has been a longstanding turf war—in which profits figure prominently—between the Texas Medical Association (TMA) and the TBCE. The Texas Chiropractic Association has a timeline of the conflict, which began in the early 1900s.

Just last year, the TBCE was sued by the TMA (a suit recently joined by the Texas Medical Board), challenging three broad points in the TBCE’s existing rules. The lawsuit claims that only medical doctors can diagnose medical conditions. Chiropractic doctors would need an order or protocol from a medical doctor to perform a diagnosis. However, as the TBCE said in their defense, you cannot treat unless you first diagnose. And without a diagnosis, you also can’t decide if a condition is beyond your scope of treatment and needs to be referred to another professional.

Another point of contention is needle electromyography (EMG). In 1995, the Texas legislature prohibited chiropractors from performing surgical procedures or making incisions into any organ, body cavity, or tissue. The TBCE allows needle EMG, even though it involves inserting needles under the skin, because the procedure is used to assess the health of muscles and diagnose conditions such as carpal tunnel syndrome and Lou Gehrig’s disease.

Clearly, the TBCE’s decision to limit chiropractors’ scope of practice in Texas comes as a result of all the litigation and pressure applied by the Texas Medical Association (the preamble to the proposed rules specifically mentions the “recent litigation brought by the TMA”). The Texas Chiropractic Association has filed constitutional challenges protecting chiropractors’ scope of practice, but these cases are still tied up in the courts.

So, the way we see it, the Texas chiropractors, under assault again by conventional doctors, are trying to compromise. But in their effort to compromise, they are throwing out the baby with the bathwater. In particular, their ability to suggest supplements or offer integrative solutions not directly related to the spine will be gone. Moreover these new rules would be murky. It would be easy to attack a chiropractor for doing just about anything and force him or her to the wall with heavy legal expenses. This is one compromise which we don’t need.

What we do need is for the Texas chiropractors to show some backbone! They need to fight back at what is a clear attempt by conventional doctors to carve up the medical market and prevent competition.

If you are a Texas resident, please contact the TBCE immediately to protect chiropractors’ scope of practice in Texas and reject the changes in the proposed rules.

11 responses to “Threat to Texas Chiropractors’ Scope of Practice”