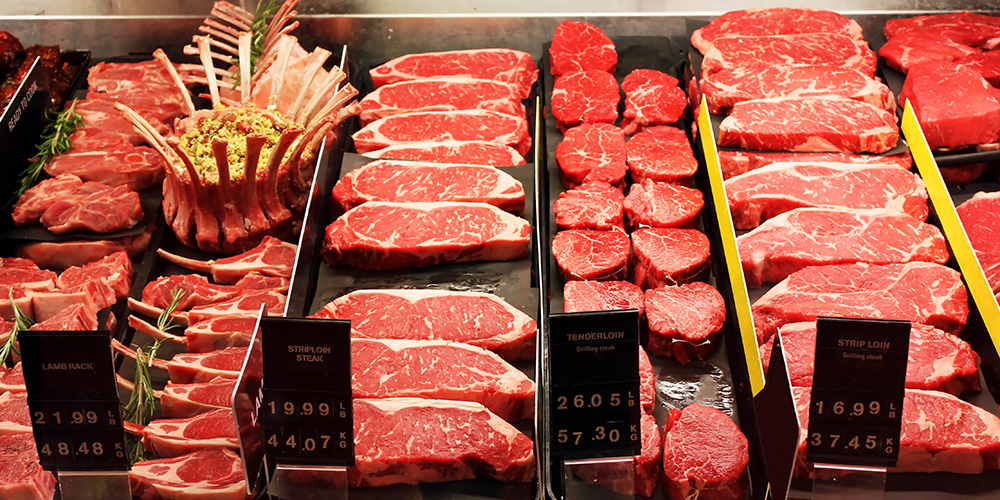 A new study elaborates the connection between red meat and cancer, but the story is much more complicated than the media lets on.

The study, published in the journal Cancer Discovery, found specific patterns of DNA damage caused by diets high in red meat. The study elucidates how a high consumption of red meat damages health, but news coverage of the topic adds to a long list of articles whose takeaway is that we should avoid red meat and focus more on “healthier” proteins like poultry, fish, and even lab-grown meat. This is far too simplistic. We don’t need to give up eating organic, pasture-raised red meat, as long as it’s in moderation and accompanied by other healthy foods. We particularly do not need to turn to the plant-based meats that are becoming increasingly popular.

The mechanism by which red meat damages DNA is the alkylation of heme iron in unprocessed meats, which produces highly carcinogenic n-nitroso compounds. Yet these markers were only found in the top centile of red-meat eaters (those with the top 10% of intake of red meat: an average of about 155 grams, or about 5.5 ounces, of red meat a day).

As our friends at ANH International point out, we know these very big meat-eaters often don’t consume a lot of quality plant foods, vegetables, herbs, or supplements that can counteract the DNA damage. The meat is also largely from industrial farming systems (not pasture-raised) where animals are stressed and given foods to which they haven’t adapted (like genetically modified soy and corn).

Part of the attack on red meat is that it is bad for the environment. Again, it depends. Pasture-raised cattle can be carbon neutral. In some cases, operations that pasture-raise beef are “carbon sinks”: for every kilogram of beef produced on one farm, 3.5 kilograms of carbon were sequestered in the farm’s plants and soil. CAFOs, on the other hand, are notorious for their greenhouse gas emissions.

More and more people seem to be turning to lab-grown meat, but there are significant problems with these products. For starters, many of them contain unhealthy ingredients like sugar, genetically modified heme that has not undergone safety testing, carrageenan, artificial coloring, and methylcellulose; they are also high in omega-6 fatty acids since some of them contain sunflower or canola oil. Plant-based meat also contains many soy-derived ingredients. This disrupts the argument that plant-based meat is better for the environment, since they rely on monoculture crops like soy which hurt ecological diversity. Again, as ANH International points out: “[Monocrops] destroy soils, they are often dependent on large agrochemical inputs such as glyphosate (as a herbicide and desiccant) and fungicides that wipe out soil microbial life. Their lack of diversity and insecticide inputs kill off natural predators and parasites of pests, maintaining the pesticide spiral.”

The point is this: the “don’t eat red meat” narrative we often get from media reports on these kinds of studies are over-generalized to the point of doing the public a disservice. As we’ve shown above, the type of meat, the amount of meat, and balancing the diet with foods and supplements that can protect against DNA damage (like foods or supplements that contain carotenoids, vitamins C and E, flavonoids, and polyphenols) are all part of the story. So you don’t need to give up steak: just be mindful how much you eat, where it comes from, and eat plenty of fruits and vegetables too.