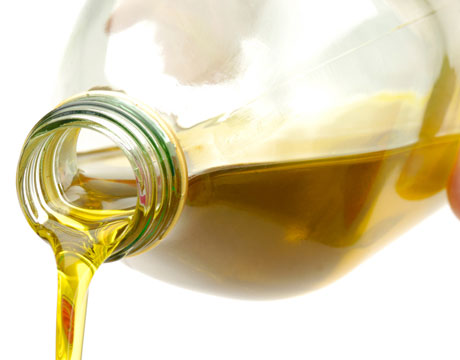 It’s a political move that could promote a Monsanto GMO product. Action Alert!

You may have already heard the news: the FDA has banned trans fats! Well, sort of.

Under the FDA’s proposed rule, trans fat itself is not banned. Instead, the ban is on the major source of trans fats in processed food—partially hydrogenated oils (PHOs). PHOs are artificial trans fats, created via the process of adding hydrogen to vegetable oils in order to make them semi-solid. Naturally occurring trans fat is found in some meat and dairy including beef, lamb and, in small amounts, butter. Many margarines, on the other hand, are made with PHOs and therefore contain high levels of artificial trans fats. Increasingly, margarines are switching to palm oils (which are semi-solid at room temperature and solid if refrigerated) to eliminate PHOs.

It’s important to note that since this is a proposed rule, and not a final one, there’s still a chance it could be changed or dropped. In the rule, the FDA mentions that the agency is open to alternate approaches to addressing PHOs in food, such as the setting of acceptable trans fat threshold levels.

The timing and intent of the FDA’s rule is suspect for three reasons. First, it was announced only after most companies had already eliminated trans fat—it’s currently only in a handful of foods. Secondly, it was a quiet reaction to a lawsuit the FDA was sure to lose. And lastly,the ban will promote market demand for two new GMO soybeans by Monsanto and DuPont, which are engineered for trans fat free oils.

Essentially, the FDA released the PHO ban at a politically perfect point: when it would no longer anger Big Food, when it would quietly resolve a lawsuit (without the FDA losing face or gaining bad press), and when it would be would be of tremendous benefit to Big Biotech’s and Big Food’s newly deregulated products.


Monsanto and DuPont’s soybeans and the oils derived from them (DuPont makes a competing product called Plenish High Oleic Soybean Oil) are meant to appeal to consumers by giving them a “healthy” veneer since they are trans fat free. This is only the beginning: increasingly biotech companies are marketing products that are positioned to benefit consumers’ health but actually contain GMOs. (Read more about it in our article on the subject).

This move ignores the fact that since many processed foods and most whole foods are already free of trans fats, the new GMO soybeans are a superfluous “innovation.” The biotech giants also fail to tell the public that conventional soybean oil, due both to its overuse in American foods and the way it is created, can be incredibly unhealthy.


In light of its likely political motivations—and despite the rapturous announcement in the mainstream media—we find little to praise in the FDA’s PHO ban.

Action Alert! The FDA is soliciting comments on its proposed ban on PHOs. Please send your message to the FDA today, and ask them to ban PHOs immediately. That would put a monkey wrench in what seems to be the plan, because the toxic GMO oils wouldn’t be available yet.

Editor’s Note: This article was updated on December 16th with information on Dr. Kummerow’s lawsuit.

24 responses to “Trans Fat “Ban” Not What It Appears”