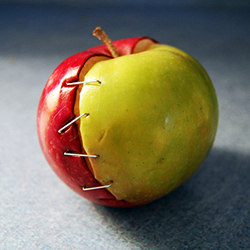 Consumer backlash against genetic engineering is growing. In response, biotech companies are attempting to woo consumers by repositioning and shifting their GMO products from “helping” farmers to appealing to consumers.

Sometimes the appeal is even made on completely specious “health grounds.” Surprised? Don’t be. While supplement producers are generally subject to severe government advertising gag rules, GMO producers are actively supported by the government, as Wikileaks documents made clear.

Paired with the GMO producers’ PR ploy is a disturbing trend: increasingly, Big Business is claiming that processes involving genetic manipulation are “natural.”

Here are some examples of the new GMO methods and products that Big Biotech is pushing:


ANH-USA carefully monitors the complex rulemaking and regulatory process, and we’ll notify you as crops and products come up for deregulation. This ensures that products don’t get passed through the approval process without public scrutiny. We’ll also continue to advocate for responsible GMO labeling—especially on “backdoor” GMO processes such as biofortification and mutagenesis—so that if these products do come to the market, you can “vote with your wallet.”

Action Alert! Tell the USDA not to deregulate the Arctic Apple! Remember, the deadline is December 9, so please act today!

29 responses to “A GMO “Frankenapple” Might Be Coming Soon to a Store Near You!”