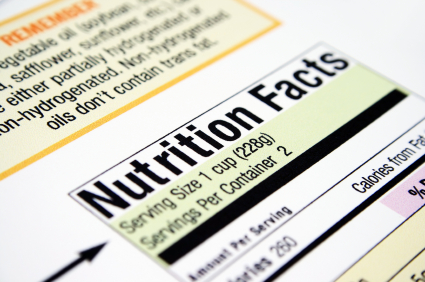 We attended another Codex meeting. Here’s what YOU need to know from the front lines!

For the second year in a row, ANH-USA attended the meeting of the Codex Committee on Nutrition and Foods for Special Dietary Uses (CCNFSDU) in Germany as a nongovernmental member of the American delegation. Our Executive Director isn’t even stateside yet, but her report was too urgent to be delayed.

Codex Alimentarius is a joint project of the UN’s Food and Agriculture Organization and the World Health Organization. It’s a collection of internationally adopted food standards and guidelines intended to facilitate global trade. There are a number of specialized subcommittees whose recommendations are formally adopted by the Codex Executive Committee. The CCNFSDU is of particular importance to natural health practitioners and consumers, as it advises the Codex Commission on general nutrition issues, dietary supplements, and GMOs.

Here’s what was discussed at the meeting:

One of the CCNFSDU’s tasks is to set “Nutrient Reference Values (NRVs) for Food Labeling Purposes.” Translation: NRVs are the intake levels of nutrients deemed adequate to meet the needs of most people.

According to most natural health experts, the NRVs set by the CCNFSDU are far too low for maintaining optimal health, much less correcting nutrient-based deficiencies and imbalances. Last year, the CCNFSDU recommended extremely low NRVs for several nutrients, and Codex formally adopted those recommendations.

In recommending the daily intake recommended values (DIRVs), for example, the amounts for men and women are averaged together to come up with a single value. This is particularly wrong for nutrients like iron—women and men have wildly differing iron needs—but once the decision is made, the commissioner said, it cannot be changed. This is particularly troubling: not only may the determinations be inappropriate, but there is no process to make corrections, regardless of the need or the scientific support for the correction!

In addition to setting low NRVs, Codex fails to consider the fundamentals of nutrient intake and supplementation, including cofactors and how your body treats naturally derived nutrients versus synthetics. Cofactors are the vitamins and minerals your body needs to properly absorb and use other nutrients.

We hope, though we doubt, that Codex will consider cofactors when they set an NRV for vitamin D. This is of particular importance, as vitamin D has several crucial cofactors—the most important is also vitamin K2; others include magnesium, zinc, boron, and vitamin A—that your body needs to access all of its benefits. One study noted research that K2 used concurrently with D may substantially reduce bone loss. Another found that K2 promotes D3’s effect on the bone. Numerous studies show that vitamin K (either K1 and K2) and vitamin D are involved in improved bone accretion and bone mineral density.

The CCNFSDU’s current draft standards are also stacking the deck against some natural nutrients. For instance, vitamin E—a powerful antioxidant—exists in eight different forms and can be derived from natural or synthetic sources. At this point, the information in the documents states that only the alpha form is acceptable (that is, biologically active and useful), and it appears at this point that they will not include the natural forms in vitamin E’s “acceptable” definition. However, we won’t know for sure until next year’s meeting.

The Institute of Medicine argued that the other forms did not bind to the alpha-tocopherol transfer protein and therefore had no biological activity in humans—a statement contradicted by this study, which found that the other forms of natural vitamin E do bind to alpha-tocopherol transfer protein, though not all equally well. Integrative doctors in the US understand that different forms of vitamin E are both biologically active and work very differently. Vitamin E in the form of mixed tocopherols (naturally derived) has many benefits, whereas the common, synthetic alpha-tocopherol form may not. Codex standards, so far favoring isolated and synthetic vitamin E, are not only misleading, but could even be harmful: some integrative doctors actually warn against taking synthetic alpha-tocopherol alone, as it may interfere with the body’s use of the other forms of vitamin E.

A study published in the Journal of Nutrition found that alpha-tocopherol taken alone will depress other forms of vitamin E (gamma, as well as delta and beta). Another study found a dramatic reduction in the rate of growth of breast cancer cells when the patient took mixed tocopherols, but no effect when taking alpha-tocopherol alone. The cancer was reduced mainly because of the delta and gamma forms of vitamin E.

Beyond confusion about tocopherols, there is confusion about tocopherols versus tocotrinols with Vitamin E. Barrie Tan, PhD, formerly professor of chemistry and food science/nutrition at the University of Massachusetts at Amherst, noted in an interview that while “both tocopherol and tocotrienol are antioxidants, tocotrienol alone has the added benefits of cholesterol reduction, triglyceride reduction and anti-cancer properties, among others. Consumers with these types of conditions need to be aware of the alpha-tocopherol interferences with tocotrienol benefits, and that the two should be taken apart.” The 2013 textbook Tocotrienols, edited by Dr. Tan, makes the same point. Drug makers of course are wary of tocotrienols, since natural cholesterol reducers could interfere with their best selling statin drugs.

Last year the CCNSFDU tackled NRVs for vitamin K, thiamin, riboflavin, niacin, vitamin B6, folate, vitamin B12, pantothenate, biotin, calcium, and iodine. The next group of NRVs, to be determined in 2014, will be for vitamins A, D, and E, as well as magnesium, selenium, iron, zinc, and protein, with the committee considering phosphorus, chlorine, copper, fluorine, manganese, and copernicium in 2015 (we expect these NRVs to be low, as well).

Additionally, between the 2013 and 2014 meetings, the United States will chair a working group to create an NRV for non-communicable diseases associated with potassium (generally from a nutrient deficiency, as with scurvy).

The draft standards (which could change significantly before they’re completed) state that nutrients shouldn’t be added to foods in a way that causes “excessive intake.” But because of the extremely low NRVs they’ve adopted, what Codex would consider “excessive” may be inadequate for many. Moreover, “excessive intake” may be defined by Upper Levels (ULs). ULs are intrinsically flawed, as they focus on the single most sensitive adverse effect occurring in the most vulnerable sub-population. This totally ignores the fact that ULs may vary across different demographics: sometimes the risk level for one group might overlap with significant benefit levels for another. Levels that might harm an elderly person or a pregnant woman might be extremely helpful, and even necessary, for other adults.

We’ve seen this before in the case of fluoridation—health is too individualized for broad, “one-size-fits-all” recommendations—but it’s of particular concern on the world stage, where there is severe malnutrition in the developing world as well as obesity in other parts of the world, and billions of trade dollars at stake.

Biofortification: A Natural Way to Make Foods Healthier, or a Backdoor Approach to GMO?

Biofortification is the breeding of crops to increase their nutritional value. It differs from ordinary fortification, because it focuses on making crops more nutritious as they grow, rather than during processing. Biofortification can either be achieved conventionally—via traditional breeding techniques—or through genetic engineering.

Interestingly, an observer organization—IFPRI, the International Food Policy Research Institute—asked Codex to set standards on biofortification. However, they asked that the process through which crops are biofortified (conventional or GMO) not be included in Codex’s definition. It’s worth noting that one of IFPRI’s donors is CropLife International—the international lobbying group that represents the major producers of GMO crops, including Monsanto. It would be a huge public relations coup for CropLife if its members could call their crops “biofortified” instead of “GMO”! If there is no standard, do they have to call them anything at all?

As we previously reported, the Codex Committee on Food Labeling (CCFL) had referred the issue of biofortification to the CCNFSDU. The CCNFSDU is currently considering whether or to set standards on biofortification and, if so, how to define it.

It is vital that any definition specifically detail which processes may be used for biofortified crops. If the definition does not distinguish between—or even mention—the two processes, then CCFL may develop labeling that does not disclose if biofortified foods are GMO. Essentially, this could be a backdoor method to releasing new GMOs crops onto the international market without proper vetting or labeling.

ANH-USA’s position is that there should absolutely be a definition, and it should exclude the possibility of GMO. Without a definition, GMOs could be utilized in biofortification without any restrictions whatsoever, which would be an even more serious backdoor to GMOs.

Should standards for biofortification be set that permit both biofortification processes, we believe the CCFL should implement labeling that discloses that the food was biofortified, the process through which it was biofortified (natural vs. genetically engineered), and what nutrient it was fortified with. Since powerful political and business interests will fight against such labeling, it will be an uphill battle to get it. If the CCFL adopts a formal position that this information does not need to be disclosed, then pro-GMO countries such as the US could argue that they cannot ever label because it might initiate a formal World Trade Organization dispute over the matter!

“Will the US Harmonize with Codex? How Will This Affect My Supplements?”

Codex guidelines and standards are used as benchmarks in World Trade Organization disputes—and as a WTO member, the US is susceptible to this pressure.

However, contrary to many Internet rumors, governments are not required to adopt Codex standards, so the effects of any Codex decisions are never immediate. They are drawn out over many years.

In the US, the process for adopting Codex standards can occur incrementally either through legislation or through the regulatory process. The latter is more alarming, as harmonization can come quietly and with little fanfare—but can be more complicated because different parts of the law may contradict one another. For example, the Food Quality Protection Act states that FDA must consider Codex maximum levels when establishing tolerance for pesticide chemical residue in or on food, while the Animal Drug Availability Act states that, in establishing tolerance levels for drugs, the FDA may consider and rely on Codex standards.

ANH-USA monitors legislation carefully for any reference to Codex, and is a strong watchdog against issue-by-issue harmonization. For example, in 2010, we worked with Senators Harkin (D-IA) and Hatch (R-UT) to successfully insert an exemption for dietary supplements from a provision in the FDA Food Modernization Act that seemed clearly intended to set the stage for Codex harmonization.

ANH-USA will continue to attend select Codex meetings as a nongovernmental member of the US delegation, to contribute a natural health perspective while serving as an “eyewitness” for natural health consumers.

15 responses to “Codex: Will Biofortification Open the Backdoor for GMO Crops Worldwide?”