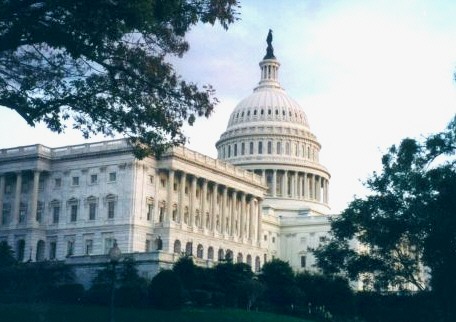 We fear that the vague language and ten-year jail term in the bill will be misused by the FDA to threaten innocent natural health food and dietary supplement producers. Please take action to amend or stop it.

Last year’s bill to increase criminal penalties for “misbranding” or “adulterating” foods from a maximum of one year in jail to a maximum of ten has been reintroduced. The problem lies in how these terms are defined. And the bill’s on a fast track.
In the previous session of Congress, Sen. Patrick Leahy (D-VT) introduced S.3767, the Food Safety Accountability Act. We opposed the bill, in part because it established fines and/or imprisonment for up to ten years if one were to:
(1) introduce or deliver for introduction into interstate commerce any food that is adulterated or misbranded; or
(2) adulterate or misbrand any food in interstate commerce.
The big sticking points were the way FDA defines “adulterated” or “misbranded,” and the fact that the bill originally didn’t require there be any intent to harm—so that a paperwork error could be treated just as harshly as a corporation that knowingly sells tainted food.
Working with Congressional leaders, we were successful in getting the language changed so that “with conscious or reckless disregard of a risk of death or serious bodily injury” was included. This wasn’t perfect, since the FDA could claim any intent it wants to—better to require actual harm of at least some kind. And the problematic “adulterated” or “misbranded” terminology remained. Fortunately our readers and others took action and the bill died.
Now the bill has been re-introduced in the Senate as S.216. The language is better. First, the jail term now is for violators of specific sections of the Federal Food, Drug, and Cosmetic Act (FD&C) who knowingly and intentionally defraud or mislead and do so with conscious or reckless disregard of a risk of death or serious bodily injury. And second, the jail term applies to food violations, which the Senate Judiciary staff confirmed with ANH-USA would in this instance exclude dietary supplements, although based on their past behavior the FDA may not interpret it that way.
In addition to the risk that the FDA will interpret this bill in whatever way it wishes, a risk that could be fixed with more explicit language, there is a further major problem.

The bill hangs on the “adulterated or misbranded” language in the FD&C Act, language that is so vague as to be absurd. To our ears, “misbranded” suggests deliberate misstatements about the contents or efficacy of a product. But in the FD&C Act, “misbranding” (section 403) takes on a completely different meaning. It can mean that the producer makes a completely true statement about the product but without FDA permission.
The Act specifically says that misbranding has occurred if a claim is made on the food label, which characterizes the relationship of a nutrient to a disease or a health-related condition. Here’s an example: research from Harvard suggested that cherries could reduce heart attack risk. FDA did not allow cherry producers, sellers, or manufacturers to talk about that research, and sent a cease-and-desist letter to twenty-nine companies telling them to stop making claims about these health benefits or face fines and jail. At least in this instance, the FDA could not threaten a ten-year jail sentence.
Only after a food or ingredient is taken through the New Drug Approval process can a manufacturer educate consumers about the potential of the supplement or food to prevent or treat disease. This is an expensive process—and since food and dietary supplements are natural they cannot be patent protected, which means manufacturers could never hope to recoup the millions (sometimes billions) of dollars necessary to go through the NDA process. Food manufacturers cannot even cite legitimate peer-reviewed science on their website without being guilty of misbranding—and thus subject to up to ten years in prison.
The other word is “adulterated.” To most people, it means that a product doesn’t meet good manufacturing practices, that the supplement itself is somehow tainted or injurious to health, or contains an ingredient that presents a significant risk of illness. But under the FD&C Act, “adulteration (section 402)” says that a dietary supplement is considered adulterated if it does not follow “current good manufacturing practices” (CGMPs)—which are extremely broad, even containing such minor provisions as record-keeping practices. In other words, the FDA could threaten a ten-year jail sentence for minor paperwork errors if the agency took the position that the bill did apply to supplements.
Would the FDA actually try to send someone to jail for ten years, using the new bills’ expanded jail time, for citing science or for paperwork errors? As unlikely as it might seem, the Agency’s past behavior suggests that they would at least threaten it to get food or supplement producers to sign draconian consent decrees.

We would support the Leahy bill if an amendment is offered which addresses its current vagueness and which also carves out certain exemptions in the definition of misbranding and adulteration, or better yet, defines them anew instead of referring to the extremely broad and vague FD&C Act.
We fear that the vague language and ten-year jail term in the bill will be misused by the FDA to threaten innocent natural health food and dietary supplement producers. Please contact your senators immediately and ask them to amend or stop this bill.

71 responses to “Urgent Action Alert: The Leahy Bill is BACK!”