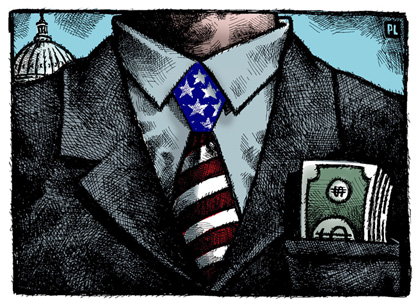 Congress is back in session, and the sleeper in the Senate is Senator Leahy’s Food Safety Accountability Act (S.3767), poised to pass in the very near future unless you help stop it now.
The Senate rejected new and draconian jail terms for food and supplement producers in its Food Safety Bill. The Leahy bill has since been used as a vehicle to bring the jail terms ( already included in the House Food Safety bill, which passed) back into the Senate.
The plan was apparently to offer Leahy as a separate bill but then attach it to the larger Food Safety Bill. Senator Reid tried to set this in motion and failed to do so on first attempt, thanks in part to your vocal opposition.
We and allies (including among others the Natural Products Association) were able to persuade Senator Leahy to amend the language. The amended language is better, but not enough. For such harsh jail terms to apply, the bill should require both Leahy’s new language (“conscious or reckless disregard of a risk of death or serious bodily injury”) and the actual subsequent occurrence of death or serious bodily injury. The new Leahy language is too vague as it is and gives too much wiggle room to the FDA, an agency notorious for stretching the law in order to threaten and intimidate. We met with Senator Leahy’s office today but were unfortunately unable to win a promise to make further changes to the bill.
Food Safety (including the Leahy bill as a probable amendment) appears to be on a fast track in the Senate. We expect to see a vote to shut off debate, the procedural first hurdle, as early as Wednesday. Consideration of amendments and final vote could come very rapidly thereafter.
We were able to change some noxious Codex language (about international harmonization of food and supplement regulation) in the larger Senate Food Safety Bill S. 510. But despite this tremendously important improvement (thank you, Senator Hatch), we still regard it as a bad bill.
The ultimate test will come when the Senate and House Food Safety Bills are reconciled by a joint committee and then sent back for a final vote. We must do everything possible to stop the draconian jail terms for small farmers and food producers and supplement producers currently in the House bill and possibly to be added to the Senate bill.
Right now, our job is to stop the Leahy bill. Please take immediate action to let Congress know you are opposed. Those of you in Vermont should also let Senator Leahy know how disappointed in him you are.
Update: For the latest update on this bill, please click to see our newest article and current action alert.