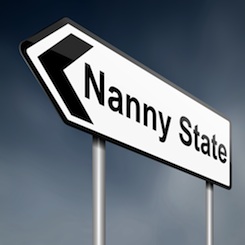 This week, Dr. Paul A. Offit, chief of the infectious diseases division of the Children’s Hospital of Philadelphia (and author of a forthcoming book called, hilariously enough, Do You Believe in Magic?: The Sense and Nonsense of Alternative Medicine), wrote a piece for the New York Times called “Don’t Take Your Vitamins.”

In his article, Dr. Offit states, “Nutrition experts argue that people need only the recommended daily allowance —the amount of vitamins found in a routine diet. Vitamin manufacturers argue that a regular diet doesn’t contain enough vitamins, and that more is better.” This statement is offensive (not to mention patently incorrect) on multiple levels:


Dr. Offit cites a few studies indicating that vitamin E is linked to an increased risk of mortality, heart failure, and prostate cancer. Yet ANH-USA won a qualified health claim—in court, based on science—that vitamin E may actually reduce the risk of cancer!

The Life Extension Foundation (LEF) cites numerous studies that soundly contradict Dr. Offit’s assertions and show the protective effects of multivitamin supplementation. A large intervention trial published in the Journal of the American Medical Association in 2012 discussed a randomized, double-blind, placebo-controlled trial in which over 14 000 US physicians took either a multivitamin or placebo each day and were followed for an average of 11.2 years. The doctors who took a multivitamin had a statistically significant reduction in total cancer incidence compared to those who took a placebo pill. Then there’s the 2010 study published in the American Journal of Clinical Nutrition in which over 31, 000 women aged 49–83 revealed cardiovascular benefits of regular multivitamin use. In this study, women without a history of cardiovascular disease who took a multivitamin for more than five years had about a 40% reduced risk of heart attack.

Moreover, Dr. Offit referred to the Proxmire amendment, which prevented FDA from regulating megavitamins as drugs based solely on their potency (i.e., if they exceeded a certain potency, they would be considered a drug) as the agency’s biggest failure. We would call this a tremendous victory. The Proxmire amendment ensured that we would have access to high-dosage vitamins and minerals that could not go through the exorbitantly expensive drug approval process because, as natural substances that cannot be patented, manufacturers could never charge enough money to recoup the money spent in clinical trials.

As LEF notes, Dr. Offit ignores data that conflicts with his agenda. He only cites studies that suggest negative effects of supplementation and excludes important evidence to the contrary. This approach, LEF opines, may have been influenced by the fact that he will soon be publishing a book bashing alternative medicine. The entire piece seems to have been written to promote interest in his new book.

45 responses to “If Dr. Offit Had His Way, Vitamins Would Be Treated as Drugs”