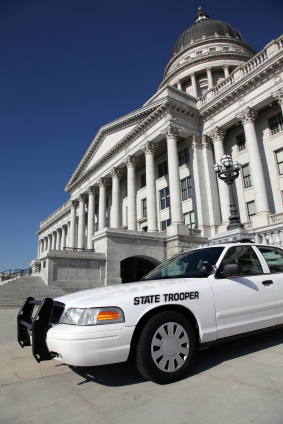 Increasingly, state governments are determining what treatments a child can and cannot have—regardless of parents’ wishes. Three shocking stories prove the point.

In April 2003, Barbara Jensen took her son Parker, then twelve years old, to an oral surgeon to have a small growth removed from his tongue. The growth was diagnosed as Ewing’s sarcoma, a rare and aggressive form of cancer. The medical center at the University of Utah recommended surgery and chemotherapy. The chemotherapy was very aggressive and ran the risk of making Parker sterile and stunting his growth. The parents refused treatment even though doctors said chemotherapy was imperative, and instead sought second and third opinions (they believed he had been misdiagnosed) and considered alternative therapies.
The doctor who provided the diagnosis went to the state Division of Child and Family Services (DCFS) and filed a medical neglect complaint against the Jensens in juvenile court, obtained a court order requiring chemotherapy, and a judge ordered the state of Utah to take custody of the boy.
The Jensens violated the order by moving to Idaho, whereupon they were charged with kidnaping and custodial interference. Parker’s father, Daren Jensen, was arrested, spent four nights in jail, and lost his job. Under political pressure the DCFS dismissed the petition, the criminal charges were downgraded to custodial interference, the parents were given one year of probation, and the record was finally expunged.
However, the deal that the Jensens struck also stipulated that they would take Parker to an oncologist of their choice in Idaho, and follow the doctor’s advice. On September 26, 2003, the Jensens announced that no cancer had been found, though a report later that week contradicted that information, claiming that chemo was being called for.
Parker never did have chemotherapy, the state eventually backed down under media scrutiny, and the 2004 and 2005 sessions of Utah’s state assembly were rife with “Parker Jensen laws” to protect the rights of parents.
In 2005, the Jensens sued University of Utah doctors and DCFS workers, arguing that Article 1 of the Utah Constitution includes “the fundamental right to make decisions regarding one’s family, including health matters.” The case was eventually heard by the Utah Supreme Court. Its March 29 ruling found that Parker Jensen and his parents have no legal claim against the state, its employees, or the doctors who turned him into DCFS.
Happily, Parker is alive and well at 20 years old. It is very possible he never had cancer. The conventional medical paradigm is quick to diagnose and prescribe aggressive, toxic treatments such as chemotherapy and surgery—despite the fact that it is not always effective and often dangerous. We shouldn’t penalize patients simply for looking for alternative treatments.
The police state is also a major force in Nevada. In March, Lincoln and Cecilia Rogers’s baby, Lilia, was born with mild jaundice. The hospital wanted to keep the child in the Neonatal ICU for treatment. The couple wanted to take the baby home and explore natural treatments, so they got a second opinion from a pediatrician at the hospital.
The pediatrician said they could take the baby home if they signed a medical release form. But a nurse called Child Protective Services and the police, because the parents did not agree to the hospital-recommended treatment: placing the child in isolation to undergo phototherapy, and being fed artificially with formula—despite the fact that the American Academy of Pediatrics recommends that jaundiced newborns continue to breastfeed regularly, as frequent feedings help remove bilirubin in the body. A police officer was sent to her room just hours after giving birth, and CPS told them “they were going to take the baby and put her in that incubator no matter what.”
About 65 parents, midwives, and birth professionals staged a protest outside the hospital on March 30. Baby Lilia is healthy and at home with her parents.
Not only were the parents not given the right to explore alternative options—like breastfeeding!—but the action is against Nevada’s Child Welfare Policy. It says that a child is not abused or neglected if a “parent or guardian, in good faith, selects and depends upon non-medical remedial treatment for such child, if such treatment is recognized and permitted under the laws of this State in lieu of medical treatment.…” Child protection laws are meant to protect against abuse and neglect—not as a proxy for forcing conventional treatments.
The police state exists in Europe, too. Two vegan parents in a small village 90 miles north of Paris called an ambulance because their 11-month-old child was dying. The ambulance arrived too late.
After learning that the couple were vegans, doctors ordered an autopsy, which revealed that the baby was deficient in vitamins A and B12, which experts say increases a child’s sensitivity to infection. The deficiency was assumed to be linked to the mother’s vegan diet.
As Mike Adams noted, “If the ambulance had shown up and found a dead baby in a family whose cupboards were stuffed full of junk food and fast food [it] would not have seemed suspicious at all….It is only the fact that the parents were vegans that the police were called.”
That couple is now on trial, charged with “neglect or food deprivation followed by death,” and are facing up to 30 years in prison.
As tragic as this story is, it should be noted that governments are quick to make examples of people who pursue alternative (in this case, vegan) lifestyles, yet turn a blind eye to the numerous health problems caused by artificial sweeteners and junk food, all backed by big business.
It should also be noted that it is entirely possible to have a healthy vegan lifestyle by carefully planning a diet rich in the necessary vitamins and supported with nutritional supplements. Of course, this may be easier said than done, with our health system not making access to this type of information very easy and with the European Union clamping down on traditional treatments and products.

30 responses to “When It Comes to Natural Health for Children, We’re Living in a Police State”