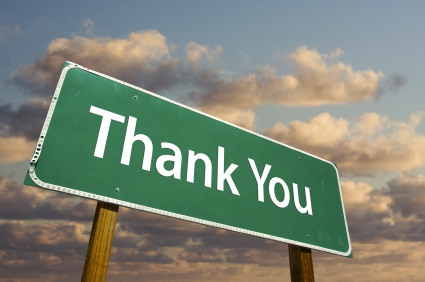 We have news about intravenous vitamin C, the much-contested IOM vitamin D report, new lawsuits against Monsanto, and the outcry against KV Pharmaceutical.

The FDA has responded to our campaign over intravenous vitamin C. The campaign was launched after they notified a pharmacy, McGuff Pharmaceuticals, that it will no longer be allowed to manufacture or distribute injectable vitamin C—despite its remarkable power to heal conditions that conventional medicine can’t touch.
After our initial article, we were heavily criticized by naysayers who claimed that FDA wasn’t going after IV C—that they were only going after McGuff for good manufacturing practices (GMP) violations. Our position was that despite the GMP violations, the FDA was also banning IV C, which FDA confirmed to us at that time. And now, a letter from the FDA further confirms it was indeed both—and states categorically that IV C is considered an “unapproved drug.”
Because of our grassroots activists—that is, you—the FDA came out of the shadows and provided official confirmation on a policy that they usually determine behind closed doors. According to statutory language in the Food, Drug, and Cosmetic Act, the oral form of vitamin C is a dietary supplement, but the same vitamin C in its intravenous solution form is a drug. This is especially vexing, since vitamin C, being a natural substance, cannot be patented, which means no one will make bundles of money from it, which means no one will pay the billions of dollars to go through the drug approval process required by the FDA.
ANH-USA has met with Congressional leaders on this issue, and we are working to convene meetings with National Cancer Institute, a division of the NIH, to conduct the studies necessary to approve intravenous vitamin C.

According to new data released by the CDC, only 8% of Americans are vitamin D deficient. This is not surprising, since they are using the levels deemed “sufficient” by the Institute of Medicine in their flawed report from last November—which, as we pointed out last November, flies in the face of overwhelming scientific evidence.
Part of the reason IOM recommended such low levels is because they based their findings solely on the bare minimum amount required to prevent bone disease, ignoring all the other benefits of vitamin D, and failing to look at levels necessary for optimal health—bone and otherwise. And now they are on the defensive, thanks to public outcry generated in no small part by our grassroots activists (that’s you, remember?). Previously they would have just kept quiet, but after so much furor and bad press, they were forced to publicly defend their position in the New England Journal of Medicine.

On behalf of 22 agricultural organizations, 12 seed businesses, and 26 farms, the Public Patent Foundation (PubPat), filed suit against Monsanto’s patents on genetically modified seeds. Organic farmers are asking to be protected against any lawsuits Monsanto might file against them in case their crops are accidentally contaminated by Monsanto’s genetically modified plants. They fear Monsanto will sue them for patent infringement if Monsanto’s transgenic seed should land on their property through windblown cross-pollination.
As PubPat’s executive director put it, “It seems quite perverse that an organic farmer contaminated by transgenic seed could be accused of patent infringement, but Monsanto has made such accusations before and is notorious for having sued hundreds of farmers for patent infringement, so we had to act to protect the interests of our clients.”
As we’ve reported previously, cross-pollination is inevitable without careful controls—which Monsanto has fought against. The company has also fought against action at the state level, which is why we are asking you to support your state’s bills on genetically engineered foods.
Now that the US Department of Agriculture has given farmers the go-ahead to resume planting Monsanto’s Roundup Ready sugarbeets (even though the USDA has not as yet completed the court-ordered environmental impact statement), the board of directors of American Crystal Sugar Company has decided to use the RR sugarbeet seed—despite the fact that we still don’t know the extent of the threat posed by the seed, nor its fuzzy legal status. This is one more example of big business in league together—to the detriment of our health.

We now have official confirmation from the FDA that, as we reported last week, the agency will not prevent compounding pharmacies from continuing to provide 17P—which is exactly what you (our grassroots activists) asked them for.
In addition, KV Pharmaceutical has just lowered the list price on their high-risk pregnancy drug Makena to $690 per injection—nearly 55% less than the $1,500 they had originally decided to sell it for. However, this is still a far cry from the $10 per treatment which 17P sells for!
KV Pharmaceutical also plans to offer supplemental rebates, which will result in “a substantially reduced cost per injection” for state Medicaid agencies, and will expand its patient assistance program by removing income caps to qualify for financial assistance. They claim that 85 percent of patients will pay $20 or less per injection. (Only a 100% increase in the price of 17P rather than the previous 14,900%!)
The Washington Post reports that several members of Congress plan to investigate the drug’s pricing. “While I am glad the company is taking a hard look at their prices, the proposed price reduction doesn’t go far enough to protect public health,” Rep. Louise M. Slaughter (D-N.Y.) said.
You may recall our report that the March of Dimes, which received funding from KV Pharmaceutical and supported the company’s New Drug Application, sent a letter to KV expressing their serious concern about the price of Makena.” Apparently the public pressure has grown too great, and March of Dimes has now severed ties with KV entirely, asking that KV “immediately cease and desist the use, distribution or publication of or reference to the March of Dimes name and/or logo on any and all materials or communications in connection with KV Pharmaceuticals, Ther-Rx and Makena.”
We’ve also learned that, KV Pharmaceutical’s stock is down, and in its recent quarterly SEC filing, the company noted their “tough road ahead.”
Now that’s what grassroots activism is all about!

23 responses to “Thanks to You, Our Campaigns Are Bearing Fruit”