In submitting its 2011 budget proposal, the Food and Drug Administration (FDA) —the agency that Sen. Tom Harkin, D-Iowa, calls the Fear and Denial Administration — has requested $4.03 billion to “promote and protect the public health.” FDA Commissioner Margaret Hamburg, M.D., says the budget “reflects the FDA’s resolve to transform food safety practices.” And according to a recent FDA press release, the Transforming Food Safety Initiative reflects President Obama’s vision of a new food-safety system to protect the American public: “The FDA will set standards for safety, expand laboratory capacity, pilot track and trace technology, strengthen its import safety program, improve data collection and risk analysis, and begin to establish an integrated national food safety system with strengthened inspection and response capacity” — at a cost of $318.3 million.
On the same day, the U.S. Department of Agriculture (USDA) announced “sweeping changes to assure the safety and quality of foods” purchased for the National School Lunch Program, which feeds 31 million children. An investigation by USA Today had identified a number of failures in government programs that oversee food safety in the lunch program. The investigation, which compared government’s food-safety efforts with those of private enterprise, found fast-food chains (including McDonald’s) to be far more effective than government in checking for bacteria. USA Today also discovered that in the summer of 2009, a California company forced to recall 826,000 pounds of ground beef contaminated with drug-resistant salmonella was paid several hundred thousand dollars by the USDA for 450,000 pounds of ground beef produced during the recall period.
For its March 2010 issue, Consumer Reports analyzed pre-washed salad greens sold in supermarkets and found high levels of bacteria linked to fecal contamination and poor sanitation. You may remember that in 2006, a bacterial outbreak in fresh spinach killed three people and hospitalized more than 100. The source of contamination was never identified, but suspicion pointed to groundwater flowing from a nearby cattle and pig farm.
A British report charges China with unleashing waves of antibiotic-resistant bacteria, a consequence of Chinese farmers’ overuse of antibiotics 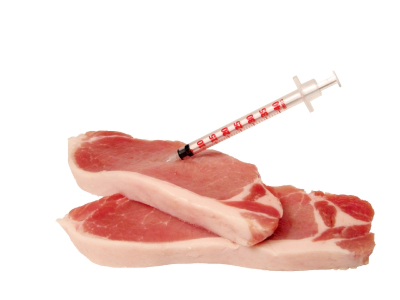 and Chinese doctors’ routine prescribing of antibiotics to treat sore throats and other illnesses. The head of the Chinese National Antibiotic Resistance Investigation Network has noted that in contrast to the WHO guideline of 30 percent, more than 60 percent of patients in Chinese hospitals are given antibiotics.
Antibiotic resistance is now a global concern, in part because of books like Sara Bongiorni’s A Year Without “Made in China”. Even the USDA acknowledges that 50 percent of the apple juice imported by the United States comes from China. The current government effort, which pits the FDA against the USDA and both against the Environmental Protection Agency, is wasteful and ineffective. What we need is an integrated effort to spread the word that the unfettered use of antibiotics in raising animals and overuse in humans has consequences for both human health and the health of the environment.

4 responses to “Who’s Minding the War on Bugs?”