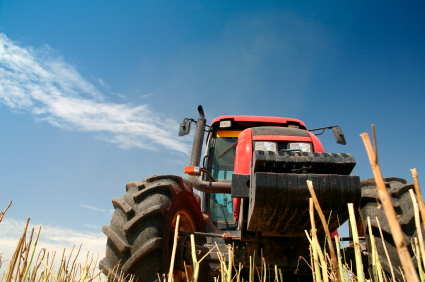 Today we reveal the thirty agribusiness front groups and industrial agriculture lobbyists that continue to fight the Tester amendment. One of the few saving graces of the Senate’s controversial FDA Food Safety Modernization Act (S. 510)—which passed the Senate last week, only to be sidelined for the moment by a constitutional error—was the amendment introduced by Sen. Jon Tester (D-MT). Small-farm and organic food advocates warned that the legislation would destroy their industry under a mountain of paperwork; the Tester amendment exempted producers with less than $500,000 a year in sales who sell most of their food locally. ANH-USA and other organizations successfully fought to get the amendment included in the final Senate bill.

The bill hit a roadblock within hours after its passage when the House Ways and Means Committee flagged provisions that would levy fees for various activities: reinspecting food facilities, mandatory recalls, registering food importers, etc. According to the Constitution, all revenue-raising provisions must arise in the House of Representatives, which means the Senate’s provisions make the bill unconstitutional.
Robert Guenther, a lobbyist for the United Fresh Produce Association, said the snag in the House could provide an opportunity for the House and Senate to go to conference on the bill and thereby remove the Tester language which exempts many small farmers and food facilities from new food safety rules.
In November, Guenther’s association—together with twenty-nine other agribusiness lobbyists and associations—openly and publicly attacked small and organic farmers. They wrote to the Senate Health, Education, Labor and Pensions (HELP) Committee, saying that the same rules ought to apply to all farms and food producers, regardless of size—knowing full well that only the giants can afford to play by these rules.
These organizations (and the companies that are their members) believe that even the smallest food sellers, like mom-and-pop roadside stands, should face the same regulatory hurdles as their own industrial-scale processed food operations. Big Food is essentially trying to use the government to quash competition from small family and organic farms.
As Dave Murphy, executive director of Food Democracy Now!, wrote in The Hill newspaper, “When legislation is made in Congress, industrial agriculture sets the rules and these minor protections are the only thing standing between the smallest family farmers and expensive new regulations that could drive them out of business.”
In their letter to the HELP Committee, these thirty groups write, “The undersigned organizations represent the vast majority of growers, producers, shippers, distributors, processors, packers, and wholesalers, and the vast majority of our members are small businesses.” While we acknowledge that many small businesses belong to these organizations, there is no doubt whatsoever that their membership is dominated by the largest food processors in the country.
You may be shocked at some of the names on this list:
American Feed Industry Association
American Frozen Food Institute
American Fruit and Vegetable Processors and Growers Coalition
American Meat Institute
American Mushroom Institute
California Grape and Tree Fruit League
Corn Refiners Association
Florida Tomato Exchange
Fresh Produce Association of the Americas
Georgia Fruit and Vegetable Growers Association
Idaho Potato Commission
International Dairy Foods Association
National Council of Farmer Cooperatives
National Chicken Council
National Grain and Feed Association
National Meat Association
National Milk Producers Federation
National Oilseed Processors Association
National Pork Producers Council
National Potato Council
National Turkey Federation
National Watermelon Association
Pet Food Institute
Produce Marketing Association
Shelf-Stable Food Processors Association
Texas Produce Association
United Egg Producers
United Fresh Produce Association
U.S. Apple Association
Western Growers Association
After the constitutional snafu invalidated the bill, thirteen of the above organizations plus ten other Big Food associations wrote to House leaders to reiterate their position and urge the Senate to go to conference on the bill.
Dave Murphy points out that “members of Congress and the elite class of agribusiness lobbyists continue to ignore the elephant in the room regarding food safety and agricultural production, which as most informed citizens know is concentration.” Murphy is referring to CAFOs, or Concentrated Animal Feedlot Operations. It’s the standard model for large-scale food-producing-animal factory farms.
Some members of Congress, like Rep. Dennis Cardoza (D-CA), who sits on the House Agriculture Committee and represents California’s factory-farm-dominated San Joaquin Valley, are glad to see the Senate bill fail because it would give them the opportunity to strip the Tester amendment from the bill. Cardoza went so far as to call the Tester amendment “an abomination” (a very strong word for something that protects family farmers) and said, “A small farm can devastate the industry as easily as a big farm.” It should be noted that Rep. Cardoza’s campaign received more than $103,000 from the “Crop Production & Basic Processing” industry—the very people who are now demanding that Tester’s modest farmer protection provisions be killed.
Murphy continued, “This fact should not be lost on anyone, because this is how industrial agriculture has not only taken over food production in the US, driving farmers off the land, fattening Americans, and contaminating our food, but it is also how corporate agribusiness has corrupted our democracy.”

81 responses to “Who’s Trying to Scuttle the Amendment that Protected Organic and Family Farms? Big Food on the Attack!”