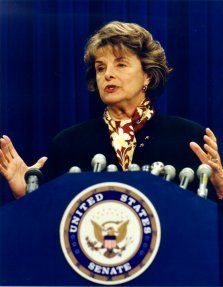 The widely used chemical bisphenol A (BPA) is an estrogen-mimicker. Some 200 animal studies have suggested that the substance is very harmful. Over 90 percent of Americans show some BPA in their “body burden”.
It is especially hard to avoid BPA since it is used in plastic containers and food liners and is even used to make the coating on the receipts we get at stores. For most urban residents, the handling of these receipts is thought to be the number one source of BPA in the body. About 2 billion pounds of BPA are produced in the United States each year.
Last year ANH-USA filed a petition with the Food and Drug Administration warning of the widespread use of BPA in dental sealants for children (these sealants are literally painted on the teeth), composite fillings, and orthodontery. The FDA has responded to the petition with dismissive silence.
Fortunately, Senator Diane Feinstein (D-CA) is taking the fight to the Food Safety Bill by trying to offer an amendment banning the substance in food containers. This has stirred up a hornet’s nest among industry associations. The Grocery Manufacturers Association and the U.S. Chamber of Commerce have threatened to withdraw support for the bill if an anti-BPA amendment is added.
If you are curious about how much BPA would be reduced in our bodies if the use of the chemical was banned from the lining of food containers, it is significant. In the late 1990s Japanese companies removed the chemical from any direct contact with food. The efforts resulted in a 50 percent reduction in BPA levels in Japanese citizens who were tested.
We strongly support Senator Feinstein’s proposed amendment to the Food Safety Modernization Action (S. 510) to ban BPA from food containers and hope it will be added to the bill. If the amendment is offered and time permits, we will notify our readers and ask that you support the amendment. We have also been in communication with the senator’s office about the importance of removing BPA from children’s dental sealants and fillings and from orthodontery. We do not support the Senate Food Safety Bill, but it will almost certainly pass and this amendment would make it better. We are especially opposed to the House version of the Food Safety bill which has already passed. We intend to work as hard as possible to keep the noxious house provisions from being adopted in the final version of the bill that must pass both House and Senate.

26 responses to “A BPA Ban In The Food Safety Bill?”