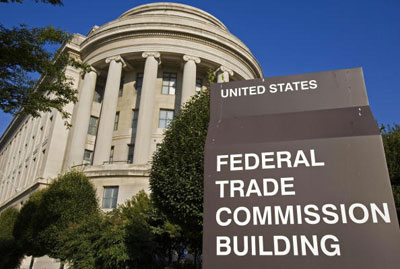 The American public is becoming fed up with “sneak” provisions tacked onto largely unrelated bills that are likely to pass. A glaring recent example was tacking onto the Healthcare bill a complete change to student loans. Often the “sneak” provision is so buried that hardly anyone is aware of it.

The Wall Street Reform and Consumer Protection Act of 2009 (H.R. 4173), recently passed in the House of Representatives, includes language going far beyond finance inserted by Congressman Henry Waxman (D-CA). This language could be used for an end run around the Dietary Supplement Health and Education Act (DSHEA), the legislation that governs dietary supplement regulation by the FDA.
The Senate is expected to vote on its finance “reform” bill as early as this weekend. We need your help to ensure that it is not amended to include a similar provision going far beyond finance that could be used against supplements. Please take action now. TAKE ACTION

Congressman Waxman is well known as an opponent of the dietary supplement industry. This is somewhat ironic: his district includes Hollywood and presumably many of his closest supporters are health store shoppers and supplement users. Most of these people simply don’t know what Waxman is doing in this area.
This powerful Congressman, chair of the House Energy and Commerce Committee (which includes health as a subcommittee), would appear to want supplements regulated like drugs, a step that would effectively eliminate them. He is determined and has stated: “One enduring truth about Washington is that no issue is ever settled for good.”
ANH-USA has been on alert to see how Waxman would use his committee chairmanship to strike at DSHEA. He is very clever and we knew a covert attack was a possibility.
A direct attack on supplements would take the form of an amendment to DSHEA, since that legislation governs FDA regulation of supplements. In this case, Waxman has left DSHEA alone, and has instead inserted language in the Wall St. “reform” bill that gives the Federal Trade Commission (FTC) important new powers that could be used to circumvent key supplement protections in DSHEA. TAKE ACTION
To see how this would work, let’s see how the FTC operates today. Its chief mission is to combat commercial fraud. It has full authority to pursue companies making fraudulent claims. But the FTC can’t go beyond that, can’t set other regulatory requirements, without advance approval of Congress. The FTC once had this regulatory “rule-making” authority. It lost it in the 1980’s because Congress thought the Agency was abusing it.
At the present time, if the FTC moves against a dietary supplement company for false or misleading advertising, the FTC typically requires the company, as part of a consent decree agreed to by both parties, to back up its claims by undertaking at least two random controlled human trials. This is done on a case-by-case basis and is legal because the targeted company has agreed to it.
If the FTC had general rulemaking authority, which Waxman’s language reinstates, the Agency would be expected to create a new legal requirement for all supplement companies. Such companies would have to perform at least two of these human studies before making any claims for their products.
Why should we care whether supplement companies are required to perform two random controlled human trials for each product? Because such trials take a long time and would be beyond the financial means of most supplement companies. Even if the companies could find the money, the FTC could require more and more costly versions of these studies, or more of these studies. At each stage, fewer supplements would be available, and those available would cost more and more, until they became as costly as drugs.TAKE ACTION
Supplements are not drugs. In most cases, drugs are non-natural and therefore patentable substances. Why patentable? Because no company will spend a billion dollars on studies and FDA approval trials without the monopoly provided by the patent. To insist that supplements be treated like drugs is really to sound the death knell for the supplement industry, something that drug companies would be delighted to see, because they know that supplements are their chief potential competition, are often more effective than drugs, are often less toxic, and are always much less expensive.

Supplements are already regulated by the FDA under DSHEA. If the Waxman provision is included in the final Wall St “reform” bill, the FTC will gain the power to override the limited protections for supplements that already exist under DSHEA. The FDA would still have to respect DSHEA, but the FTC would not be so constrained.
Five unelected FTC commissioners would issue binding regulations in a wide range of areas, including the regulation of dietary supplements. And companies that did not comply with the new FTC rules could effectively be put out of business.
According to renowned constitutional attorney Jonathan Emord, “The provision removing the ban on FTC rulemaking without Congressional preapproval contained in H.R. 4173 invites the very same irresponsible over-regulation of the commercial marketplace that led Congress to enact the ban in the 1980s. FTC has no shortage of power to regulate deceptive advertising; this bill gives it far more discretionary power than it needs, inviting greater abuse and mischief from an agency that suffers virtually no check on its discretion.”
The bottom line is that FTC would be given power to regulate areas they don’t understand, and their first order of business would likely be to regulate supplements, an area far outside their area of expertise.
The Senate Wall St “reform” bill, the Restoring American Financial Stability Act of 2010 (S. 3217), doesn’t contain the Waxman provision yet. But we know that Senator Rockefeller (D-WV) may offer an amendment including Waxman’s language. Please help us stop this. Please take action now to help us maintain access to low cost, high quality supplements. Tell your senators not to support any amendments that give FTC unchecked power to over-regulate areas they don’t understand, including dietary supplements.