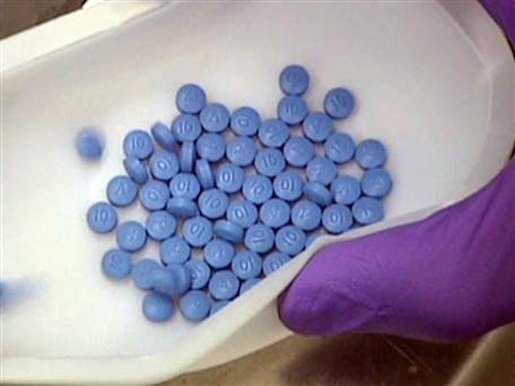 FDA has just approved a new weight loss drug called Belviq. It’s the first new prescription drug for long-term weight loss to enter US in over a decade. As we noted in February, the pharmaceutical industry is desperate for new blockbuster drugs. The patents on their biggest money-making drugs are expiring, which will cause drug prices and profits to plummet when generic versions become available, so the drug-makers are in a frenzy to find a new pill for a mass market.
Whether Belviq is that golden ticket is in serious doubt. First off, the weight loss it achieves is extremely modest—only 47% of patients lost more than 5% of their body weight over a year’s time, with the average patient losing between 3% and 3.7%. In other words, if you weighed 200 pounds, you might lose about seven pounds over the course of a year.
Then there are the acknowledged side effects: depression, migraines, memory lapses, and attention disturbances. But for some reason, FDA thinks the benefits of taking an expensive pill to lose a tiny bit of weight outweigh the crippling headaches, mental problems, and depression. Hey, maybe they can add an antidepressant in there and make it a “two-fer”! That is exactly what they did with another diet drug, Contrave, which has not yet been approved.
Drug giant GlaxoSmithKline was just fined $2 billion because, among other violations, it marketed its antidepressant medications Paxil, Wellbutrin, and Avandia for unapproved uses—particularly for weight loss, even though there is no evidence it would be effective for this purpose. It is also worth noting that antidepressant drugs don’t even appear to work for depression and can be highly addictive. Someone trying to lose weight is not likely to know about the addiction problem or be told about it.
Oddly, those who lost at least 5% of their body weight using the newly approved Belviq were specifically not patients with Type 2 diabetes—yet the FDA approved it for overweight people with at least one weight-related health condition, such as Type 2 diabetes. Patients with diabetes may experience extra side effects, like low blood sugar, headache, back pain, cough and fatigue.
In 2010, FDA denied Belviq’s approval because of potential heart-valve risks and increased brain and breast tumor development. The drug’s manufacturer, Arena Pharmaceuticals, decided not to reformulate the drug—they merely submitted new studies that showed that it wasn’t a risk at low doses! Which of course means the risk still exists at high doses. That’s reassuring.
Belviq likely won’t be the only new diet drug on the market. Two other drugs have been resubmitted for approval. An FDA drug advisory panel has already recommended approval of one of them, Qnexa, a diet pill that has documented risks of causing birth defects and heart problems. FDA’s final decision is expected some time in July. The only other currently FDA-approved weight loss drug is Alli, which has particularly nasty side effects like oily stools and flatulence—not to mention causing vitamin deficiencies and possible liver damage.
Patrick O’Neil, president of the Obesity Society, said he was encouraged by Belviq’s approval because “it underscores the notion that lifestyle changes alone are not enough to treat obesity.” But he was also the lead researcher on several studies on Belviq.
There are certainly some excellent natural alternatives to help manage weight. One recent randomized, double-blind study points to the potential of unroasted coffee bean extract. The extract contains chlorogenic acid, which helps tame blood sugar spikes and decrease weight. Study participants lost an average of 17.6 lbs. and reduced their body fat, without changing the number of calories they consumed, the macronutrient ratios (protein, carbs, and fat) of what they consumed, or the amount they exercised. Just compare these numbers to the small gains under Belviq.
Best of all, 37% of the patients using coffee extract went from overweight (the pre-obesity range) back to their normal weight range. Other studies show that drinking twelve cups of coffee a day lowers the risk of diabetes by 67%. But few of us can (or should) drink that much coffee each day, so research into a coffee extract is extremely promising indeed.
Unfortunately, green coffee bean extract and other nutraceuticals are always vulnerable to a rapacious drug industry that might want to turn such natural substances into drugs. This is what precisely happened to pyradoxamine and could happen to P5P, the most bioavailable form of vitamin B6. The only barrier to this theft under FDA rules is that pharmaceutical companies prefer to rely on synthetic versions of natural substances because they can be patented, and the companies can then charge whatever they wish.
Readers may recall that drug giant GlaxoSmithKlein has actually petitioned the FDA to ban supplement companies from making weight loss claims—specifically, because obesity is a disease, and only drugs can claim to treat disease. The FDA has still not ruled on the petition, so please tell FDA you will not allow pharmaceutical companies to use the Citizen Petition process for their own financial gain. Please take action now with this Action Alert!

9 responses to “A New Diet Pill Hits the Market”