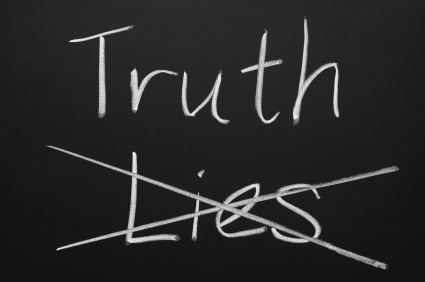 They call our statements “erroneous,” “ridiculous,” “untruths,” “falsehoods,” and “outright lies,” but each of our “wild accusations” are solidly documented!


Last week we ran an article about ReallyEatRight.org, a website designed to shine light on the American Dietetic Association’s partnership with the junk food and pharmaceutical industries and its attempts to monopolize nutrition services. In response, Dietitians in Nutrition Support (a dietetic practice group of the ADA) posted a counter-attack, which contained a letter signed by the president of the ADA, accusing us of presenting a “one sided and misleading portrayal of ADA” and of having “a hidden agenda.”

Our agenda is open and transparent. We want the ADA to stop fueling the obesity and diabetes epidemic through their associations with Coca-Cola (allowing Coke to create a program about “urban myths” about the safety of food ingredients, which concluded that fluoride, sugar, artificial colors, and non-nutritive sweeteners are perfectly fine for children), cereal manufacturers General Mills and Kellogg’s, candy maker Mars, and Unilever, the multinational corporation that owns many of the world’s consumer products brands in foods and beverages.

The chair of the ADA practice group, whose focus is on giving nutrition support to individuals in inpatient and outpatient settings, including home care and pediatrics, said, “ANH has criticized ADA in the past—and will likely do so in the future—for our alleged efforts to suppress ‘nutritionists’ from earning a living.” (Notice those condescending quotation marks around “nutritionists”?) Well, that’s the other part of our open and transparent agenda: We want the ADA to stop convincing state legislatures that only dietitians can dispense nutritional counseling at the state level.

Any state licensure scheme that embraces ADA certification standards exclusively is by definition monopolistic and eliminates competition in the field of nutrition. Please note also that ADA certification only requires a college degree while many of the nutritionists we are defending have masters’ degrees and PhDs in this field.

The group goes on to say that “ADA has made a decision not to reply to every wild accusation that is leveled against the Association,” and instead they reprint a letter that former ADA president Judith Rodriguez, PhD, RD, LDN, FADA, sent to ADA members earlier this year. Dr. Rodriguez writes, “We are an Association of professionals in a field based on science and evidence…. ADA will not be distracted by engaging in point-by-point rebuttals of disparaging untruths and insults every time they appear on the Internet.”

Fine. We’ll do the point-by-point instead:


Through Dr. Rodriguez’s letter, the ADA is even trying to suppress dialogue, critique, and discussion among its own members: “Sometimes, unfortunately, the re-posting of falsehoods is conducted (unintentionally, I am certain) by ADA members; I encourage all members…not to believe all that you read, and to make sure the information that you circulate is accurate.”

By contrast, our campaign is all about encouraging dialogue and discussion—among our members, among ADA members, with the media, and with the general public—and we are providing responsible RDs with the platform and voice that the ADA is denying them.

The ADA is deliberately avoiding an open conversation because our statements are not “disparaging untruths,” as Dr. Rodriguez calls them, but unassailable facts. They do not rebut our points because they have no legitimate defense. We would point out, however, that it is the ADA’s unprofessional, junk-food-and-pharmaceutical-industry-driven, monopolistic behavior that has spurred our campaign in the first place.

These are serious issues affecting consumers and nutrition professionals alike. They have a direct impact on the health of Americans and the cost of healthcare. They should be talked about, not censored. If the ADA believes we are spreading “untruths,” we invite them to prove it. Otherwise they are indicting themselves.

Please join our efforts by signing our petition at ReallyEatRight.org. Tell the ADA leadership to return the payments they receive from junk food and pharmaceutical companies, and end their attempts stop attempts to monopolize nutritional therapy through underhanded statewide legislative efforts! (If you’re a Registered Dietitian, nutrition student, or ADA member, please sign this one instead!)

40 responses to “ADA Claims We’re Lying. So Why Can’t They Rebut a Single Thing We Said?”