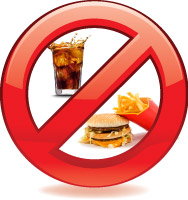 The ADA is starting 2012 on the attack by introducing bills in 9 states and preparing for more—trying to sew up a legally enforced national monopoly before opposition can mount. Read the updated status of the bills below.

These bills are very restrictive, and ensure that only ADA-registered dietitians can practice key nutrition services. This not only discriminates against many highly qualified nutritionists (including those who, unlike most Registered Dietitians, have Master’s degrees and PhDs), it also interferes with consumer choice. If trained nutritionists cannot become licensed, they can’t practice—and consumers can’t benefit from their expertise. Moreover, the advice that RDs provide is seriously flawed.
As the Really Eat Right campaign notes, internal ADA documents reveal that the ADA is chiefly concerned not with consumer and patient interests, but with eliminating competition in the field of nutrition to allow RDs to operate more profitable and successful businesses. We recognize the ADA’s interest in promoting the profession of dietetics for its members. But the best way to help RDs is not to create a legally enforced monopoly. It is to provide them with the latest and best information in nutritional science. For instance, instead of providing a platform for Coca-Cola to instruct RDs that sugar is perfectly fine for children, they might invite esteemed medical professionals like Dr. Robert Lustig to instruct RDs in the serious health concerns over the consumption of sugar.
The ADA receives about $1 million a year in payments from pharmaceutical companies, and allows pharmaceutical companies to market their controversial products at ADA events. At the 2007 ADA Food & Nutrition Conference & Expo, GlaxoSmithKline was allowed to promote their first over-the-counter diet pill, Alli, even though the drug’s weight loss effectiveness is minimal and side effects such as hard-to-control bowel movements and anal discharge are common. The FDA has since issued warnings to Alli, noting the possibly of severe liver damage, and consumer groups are asking the FDA to remove Alli from the market.
ADA also receives payments from Coca-Cola, Hershey, the National Dairy Council, Mars, PepsiCo, and others, though the organization won’t say exactly how much they receive from these candy and soft drink companies and industry associations. We have deep concerns about any organization having a monopoly on nutrition, but a junk-food-sponsored organization is even worse! The ADA already has a monopoly in many states and in many fields. Have you wondered why the food in hospitals is so poor and even a threat to people’s health? Yes, that is the result of ADA monopoly.
Not only that, but the ADA encourages a conventional medical approach, which does nothing for chronic health problems. Nutritionists, on the other hand, and some excellent independent-thinking RDs (many of whom go on to get graduate degrees in nutrition) tend to take an integrative approach and concentrate on genuine prevention.
Below we’ll outline the basics involved in each state bill. If you are a citizen of those states, please respond to the Action Alert for your state, or forward the alert to friends or family members who live in that state.
If you are interested in getting even more involved, and wish to be part of our lobby meetings with your state legislators, please email us for more information.
Please take action today!

AB 575 would create a new Dietitians Bureau Bureau under the Department of Consumer Affairs. Under this bill, nutritionists are forced to take the ADA exam and become licensed as dietitians in order to practice, even if they already have a Master’s degree or a PhD. This is a perfect opportunity for California nutritionists to meet with legislators and educate them on the disastrous effects of the bill if it were to be passed.
The bill is currently in committee; it needs to be voted upon there, and if passed, would then be taken up by the entire Assembly and voted on by January 31—or else it is considered defeated and cannot be brought up for further consideration. Given the budget constraints in California, passage of AB 575 won’t be automatic, and with the sponsor of the bill’s recent shoplifting conviction, there may not be another bill if this one is defeated. It is, however, not a “done deal,” and last year’s bill very nearly passed, so we need to stay vigilant and make sure California legislators know we’re not backing down.
California residents please take action now!

HB 1060, introduced on January 1, would ensure that only Dietitians can practice (Colorado currently has no statute for nutrition professionals). This is a scope-of-practice bill that controls the practice of dietetics and medical nutrition therapy—which are defined very broadly to include nutrition assessment, nutrition care process, diagnosis, nutrition monitoring, and evaluation (things that nutritionists do as well). It would also create a Board, which would be controlled by Dietitians, thus ensuring a bias against nutritionists. The bill includes a penalty for practicing without a license: a fine of not more than $500 or imprisonment for not more than six months, with each day of violation constituting a separate offense! Hearing on Monday, February 6!

HB 2570 would allow only licensed dietitians to “practice dietetics”.  “Dietetics practice” as defined in the bill encompasses a wide range of nutrition services including the integration and application of scientific principles of nutrition, biochemistry and food in achieving and maintaining human health. These are services performed routinely by many qualified and practicing nutritionists.
HB 2570 effectively creates a monopoly on nutrition services exclusively for dietitians, denying consumers access to expert advice from nutritionists, some of the most highly educated and well-respected professionals in the field of nutrition.
Hawaii residents please take action now!

SB2936 as introduced in February would have continued the monopoly on nutrition services exclusively for dietitians, denying consumers access to expert advice from nutritionists, some of the most highly educated and well-respected professionals in the field of nutrition. The improved bill passed in IL will now:


– Add the CBNS, CCN and DACBN exams or other accepted by the Dept. in addition to the RD exam;

– Equal representation of non-dietitians on the Illinois Dietitian and Nutrition Board; and

– Expand exemptions and allow for others to provide information about healthy diets, food and supplement use, including supplement, federally regulated label claims, individually and as components of nutritional programs, as long as as the information is not an individual prescription to address an existing health condition.

S 833 was reintroduced on January 10. ADA pushed similar licensure bills in New Jersey during the previous legislative session without success, thanks to your activism! They are, however, persistent—so we must continue fighting them.
This bill creates a licensure procedure for “licensed dietitians/nutritionists.” By lumping the two professions together, it ignores the vast philosophical differences between the two. This is a scope-of-practice bill which includes medical nutrition therapy, nutrition assessment, diagnosis, intervention, monitoring, and evaluation of nutrition care plans, nutrition support (including parenteral and enteral nutrition, nutritional counseling and education, and nutrition care standards and systems). Qualifications for licensure are the ADA requirements, which ignores the educational achievements of nutritionists and doesn’t acknowledge the differences between the two professions.
New Jersey residents please take action now!

A 5666 and its identical companion bill in the NY Senate, S 3556, provide for the licensure of dietitians and nutritionists. This proposed bill lumps dieticians and nutritionists together under one title, “Licensed Dietitian/Nutritionist” or “LDN” rather than providing separate licensing for each.
Before the legislature adjourned for the summer in 2011, the Senate version of the bill made it as far as the Senate rules committee, making a vote on the senate floor imminent. However, due to a groundswell of opposition from consumers and nutrition professionals in New York, the bill has been referred back to the Committee on Higher Education now that the legislature has reconvened in 2012.
We have also learned that due to the many flaws in the bill (pointed out by our activists and nutrition allies) legislators in New York are considering making revisions to the bill. We’ll remain vigilant to make sure they make the right revisions. We have also received confirmation that at least one cosponsor of the bill, Sen. Joseph A. Griffo, has decided to drop his cosponsorship of the bill.
A 5666 remains sitting in the assembly committee on higher education, where we left it in 2011.
The bill would create a joint board, appointing four members of the ADA and three representing nutritional associations. It does not identify the required exam—but it directs the board to do so. We have run into this problem in other states, where the board, filled via statute by ADA reps, refuses any but the ADA exam. Note further that this is a title provision, meaning that they aren’t preventing the practice of nutrition (subject to these requirements), but they are limiting the title by which one may advertise! If they can’t advertise, that severely restricts their practice. So even though it is a titling restriction, in practice it becomes effectively a scope-of-practice restriction.
New York currently recognizes examinations from other groups in addition to the ADA to qualify applicants for licensure—in particular the Certification Board for Nutrition Specialists (CBNS), which is specifically designed for nutritionists. This bill allows the board to determine the qualifying exam, so once the ADA-majority board takes its first vote, the openness to CBNS and other organizations’ exams would be stopped. Moreover, along with passing the exam, an individual would still have to fulfill all the other requirements for licensure outlined in the bill—which are all standard-issue ADA.
Any new legislation must keep nutritionists separate from dieticians (who will immediately take control of the licensing process), and must ensure the same protections.
New York residents please take action now!

HB 345 would allow only licensed dietitians to “medical nutrition therapy” and “nutrition care process. “ “Medical Nutrition Therapy” and “nutrition care process” as defined in the bill encompasses a wide range of nutrition services including including performing nutrition diagnosis and intervention, all of which fall in the scope of practice of any highly qualified and self respecting nutritionist.
HB 345 effectively creates a monopoly on nutrition services exclusively for dietitians, denying consumers access to expert advice from nutritionists, some of the most highly educated and well-respected professionals in the field of nutrition.

HB 4045 was introduced on January 12. If it passes, only licensed dietitians can practice dietetics or medical nutrition therapy. “Dietetics” is here defined to include the sciences of nutrition, biochemistry, food, physiology, health management; “medical nutrition therapy” is defined as the nutritional diagnostic assessment and nutrition therapy services for the purpose of disease management. Four of the five board members will be registered or licensed dietitians, and since the exam to qualify for licensure will be board-determined, it will almost certainly be the ADA exam. All other requirements are the same as the ADA’s. Practicing without a license would fetch a fine of between $100 and $1000, or a jail sentence of up to six months.
West Virginia residents please take action now!