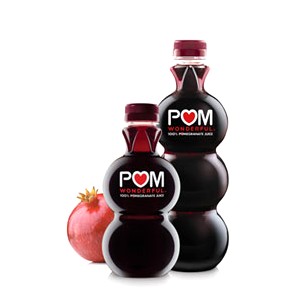 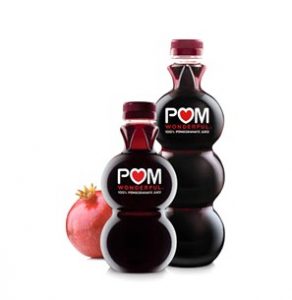 This time it is the Federal Trade Commission (FTC) which is acting lawlessly and trying to censor science about natural health products.

The Alliance for Natural Health USA has filed an amicus brief drafted by famed constitutional lawyer Jonathan Emord in support of POM Wonderful’s suit against the Federal Trade Commission. (An amicus brief is a legal opinion submitted to the court by a third party.) We are participating in the discussion not only because we want to protect free speech rights for natural products, but also to protect consumer access to information about the therapeutic effects of natural products.

You may recall the FTC’s lawsuits against companies such as POM Wonderful for alleged false advertising, even though all POM did was cite legitimate scientific articles and studies. In January, the FTC ruled that 34 of POM’s advertising claims (out of a total of 43) were “implied disease claims,” and issued a cease-and-desist order restraining POM’s future advertising.

In March, POM filed a petition for review of the FTC’s order. Our amicus curiae (or “friend of the court”) brief is in support of that petition.

Our brief offers the legal opinion that in issuing its cease-and-desist order, the FTC violated the First Amendment, as well as the Administrative Procedures Act, the law that governs the way in which agencies of the federal government may propose and establish regulations.

The really egregious part of the FTC’s order prohibits POM (and, by extension, other natural product companies) from advertising any disease-related claims about their product unless it is backed by two random-controlled trials (RCTs). RCTs are immensely expensive, and many natural products companies could never afford one RCT, let alone two for each product for which they might wish to make a disease claim.

In this case, by the FTC expert’s own estimate, each RCT would cost roughly $600 million, and involve between 10,000 and 30,000 participants. For non-patentable products such as nutritional supplements, the manufacturer could never hope to recoup their outlay in RCTs, even if they could afford them in the first place. This is the “Catch-22” we have talked about that is stifling natural products. Since natural products are not patentable, nobody can afford to run RCTs and get FDA (or now FTC) approval. But without FDA approval, no disease claims may be made. In this way, we arbitrarily banish all natural products from organized medicine. People suffer and die so that patent drug company profits will not be jeopardized.

The Catch-22 as enforced by the FDA is legal—the law is tilted toward drug companies with their huge lobbying presence, campaign contributions, and jobs. But the same Catch-22 is not legal for the FTC to enforce. There is nothing in their statute to support it; they are acting completely outside the law.

The FTC has also totally ignored the $35 million of peer-reviewed scientific research that POM had already compiled. We point out in our brief that the FTC’s new rule suppresses the full range of scientific evidence available— including observational studies, animal studies, ecological studies, etc.—in favor of only one scientific approach, the RCT.

As we further note in our brief:

The FTC’s new rule suppresses the publication in consumer markets of nearly all nutrition science, which science is evident in the totality of scientific evidence (and not in RCTs to the exclusion of other evidence)…. The [agency’s] requirement for at least two RCTs, at a potential cost of perhaps $1.2 billion, effectively rids the market of vital health information through an impractical and unnecessarily high standard and related cost.


The agency also violated the Administrative Procedures Act (APA), because it made the RCT requirement without explaining why RCTs are the only acceptable standard for so-called “truthful disease-related claims.” As we have pointed out before, there is serious scientific criticism of RCTs. They are not necessarily the “gold standard” of proof as often alleged. It is not just the way they are run, which is often flawed. It is also that by their very nature they are more suitable for drugs than for food or supplements, where many co-factors are usually involved.

Moreover, the RCT standard was not made through a formal rulemaking process, where the public is allowed to comment on the rule, but instead was set in place, company by company, via punitive consent decrees. Companies find it difficult to fight these proposed consent decrees because the government has unlimited legal funds and the companies often have few resources. Moreover, if the government wants to be punitive and vindictive, it can just keep raising one charge after another.

This actually happened in the POM Case. When POM publicly challenged the FTC’s new approach, it led the agency to launch charges against POM products. Does this sound like the US, or a fascist country? At the very least it is a case of government bullying, which is all too common these days.

ANH-USA has always championed free speech, and with your support and activism we’ll protect the public’s access to information about natural products—in particular, how they can be used to treat chronic illnesses and imbalances, and even cure diseases. That’s why this petition will, we believe, be so precedent-setting, and so important for people like you and your family.