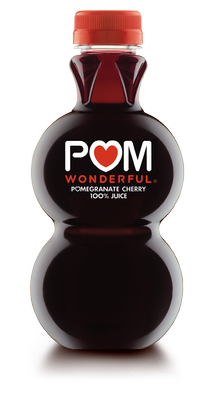 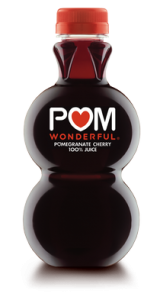 Food company POM Wonderful’s battle with the FTC ends (for now) with the agency making up its own law and quashing free speech. Action Alert!

Last year, an administrative law judge (ALJ)* for the Federal Trade Commission upheld the pomegranate juice manufacturer’s right to make what the FDA would call structure/function claims in ads. Structure/function claims include statements such as “calcium helps build bones.” They don’t directly talk about curing a disease. At the same time, the ALJ found that some of the company’s claims went too far (specifically where they claimed the juice could help heart disease, prostate cancer, and erectile dysfunction).
Because the ALJ’s decision was a partial victory for both POM Wonderful and the FTC, both sides appealed, which necessitated a ruling from the FTC as a whole. Last Wednesday, the Commission took a much more unreasonable line. It found that thirty-four of POM’s forty-three claims were implied disease claims—fifteen more than the ALJ had found. The full Commission further ruled that a double-blind random-controlled trial (RCT) is required for any “efficacy” claim and two double blind RCTs for any claim that might seem to be related to a disease. The $35 million on peer-reviewed scientific research previously spent by POM was brushed aside because the studies were not RCTs, which are commonly used for drug testing.
This is a major one–two punch. The FTC is being draconian about what it considers an implied disease claim. One commissioner noted in remarks accompanying the decision: “It is difficult to imagine any structure/function claims that POM could associate with its products in the marketplace without such claims being interpreted, under the FTC precedent set in this case, as disease-related claims.”
In making these judgments, the agency has relied on what is legally called its own “net impression,” i.e., totally subjective judgment, and has ignored the ALJ’s request for a higher standard of “extrinsic evidence,” the sort of evidence that would come for example by testing how consumers actually interpret a label.
The agency is also requiring the hugely expensive pharmaceutical standard of the double-blind RCTs. As we have often noted, companies do not usually attempt RCTs because of their expense, unless they hold a patent on the substance being tested. And it is not possible to patent natural substances such as food. The FTC understands this. In effect, they are saying that food manufacturers will not be allowed to talk about health benefits, period. It is a complete gag order.
The ruling also blurs the line between the FTC and the FDA. The double-blind RCT for disease claims is an FDA labeling standard for drugs. The FTC is supposed to regulate advertising, not decide what is a drug. Its mandate is to ensure that advertisements are not deceptive or misleading—something that certainly does not require the pharmaceutical RTC standard! Now the FTC is unnecessarily and arbitrarily deciding to use an FDA drug standard for disease claims in advertising. Some industry observers even wonder whether the FDA has asked the FTC to do this because the FDA would not be able to go this far on its own.
There is absolutely no statute justifying this. It is making up law without congressional approval. Congressman Henry Waxman (D-CA) in particular has already tried and failed to give the agency the power to do this—in a sneaky and underhanded way. You may recall that in 2010, Waxman tried to slip an amendment into a totally unrelated bill. That amendment, which was intentionally written in obscure language that nobody but an expert could understand, would have given the FTC expanded powers and rulemaking authority, giving them the power to create new kinds of regulations without going back to Congress. (It lost that authority in the 1980s because Congress thought the FTC was abusing it. How ironic.) With your help, the amendment failed. Having in effect been told no by Congress, the agency is just going ahead anyway, seemingly on a case-by-case basis, creating regulations with no legal basis.
Who benefits from such a change in policy? Just follow the money. If the FTC prevails in requiring double-blind RCTs, only pharmaceutical companies will be able to make health claims on their patented and FDA-approved products.
The Commission’s decision directly affects only POM Wonderful (along with all its affiliated companies despite the fact that POM was the only company at issue here!). But it sets a powerful precedent and makes it clear that the FTC will try to enforce this as widely as possible.
Food, drug, and constitutional law attorney Jonathan Emord called the decision “arbitrary and capricious” and said, “The breadth of [the FTC’s new two-RCT] requirement is truly astonishing….After today’s decision, the health marketplace will be dumbed down considerably to the detriment of health conscious consumers….In the end, that will mean a loss in public health as there will now be a multi-million dollar entry fee imposed on any who would wish to convey a health benefit to consumers in the market.”
This is just one more reason we need to pass the Free Speech about Science Act, which would allow natural product companies to cite peer-reviewed science in their advertising.
For now, we need to let Congress know that the FTC is trying to make an end run around the legislative process. Having been turned down by Congress, the FTC is proceeding as though empowered anyway. Action Alert! Let’s be sure that Congress understands that voters are watching, and voters care about this example of agency lawlessness. Please take action now.

* An administrative law judge does the initial hearing of cases in the FTC’s administrative complaint proceeding. The ALJ issues the initial decision setting out relevant findings, explains the legal standard, applies the law, and issues an order. Only if the ALJ’s ruling is appealed does the case go before the full Commission.
Share This Post