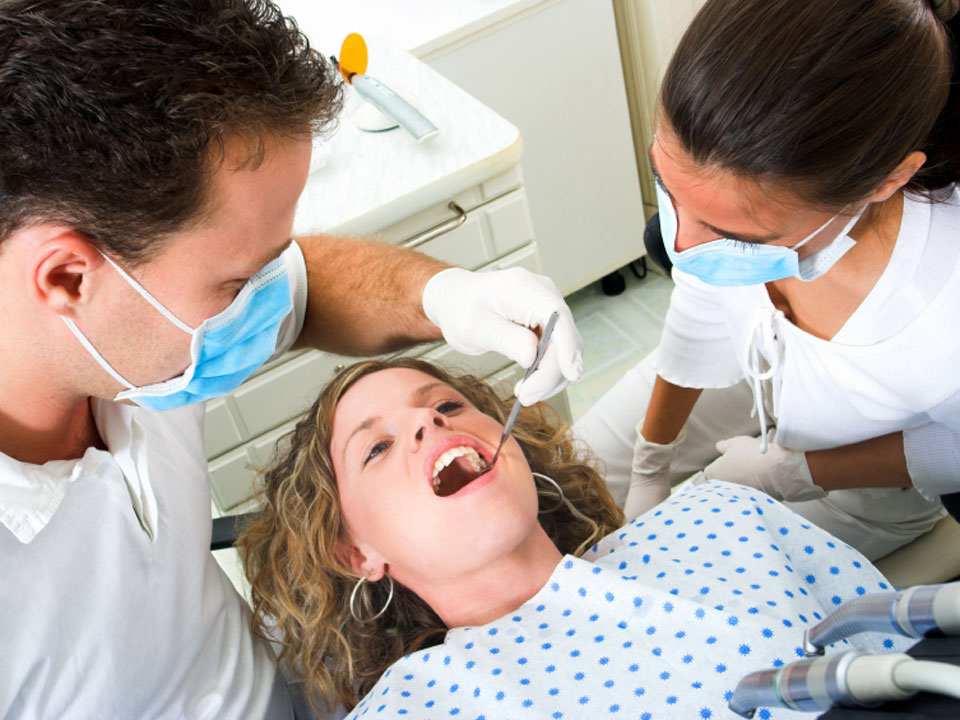 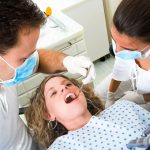 Holistic dentists have been warning the public about them for years. But it’s a huge and extremely lucrative industry—so most dental surgeons are turning a blind eye to the health risks.

Over 41,000 root canals are performed every day in dental offices across the country—that’s 25 million every year. The cavity in a tooth, if not caught in time, can go to the root of the tooth. A root canal is a surgery to drill out the tooth pulp and replace the root with a filler material to keep the tooth in place.
As Dr. Joseph Mercola reminds us, root-canaled teeth are essentially “dead” teeth. They can also become silent incubators for highly toxic anaerobic bacteria. These bacteria can, under certain conditions, make their way into your bloodstream to cause a number of serious medical conditions—many of which may not appear until decades later.
The toxicity of root canals was jointly discovered over a century ago by Dr. Weston A. Price and the Mayo Clinic. Price’s book on root canals, published in 1922, upset the dental
associations at that time, and still does today. The American Dental Association (ADA) denies his findings, and claims that they have proven root canals to be safe—though no published data from the ADA supports that statement. Dr. Hal Huggins, however, has confirmed Dr. Price’s findings and has shown dramatic links between root canals and immune diseases like ALS (also known as Lou Gehrig’s disease) and multiple sclerosis.
Dr. Mercola explains that teeth have roots with main canals and thousands of side canals, and contained in those side canals are miles of nerves. When dentists perform a root canal, they remove the nerve from the main canals; however they do not have access to the microscopic side canals, which have dead nerves left behind in those spaces.
Anaerobic bacteria, which do not require oxygen to survive, may thrive in these side canals, live off necrotic tissue, and excrete toxic material that leads to chronic infection. Our blood supply and lymphatics that surround those dead teeth may drain this toxicity and allow it to spread throughout our body and invade organ systems. This can lead to a plethora of diseases such as autoimmune diseases, cancers, musculoskeletal diseases, irritable bowel diseases, and depression—just to name a few.
Epidemiological studies have found correlations between periodontal (gum) disease and heart disease, strokes, and preterm births. So conventional medicine, which used to scoff at links between mouth health and general health, has come to admit the link. But this belated acknowledgement has just led to more errors, in particular a recommendation that people with special vulnerabilities such as prosthetic joint replacement or mitral valve prolapse, a heart irregularity, should take antibiotics anytime they have their teeth cleaned at the dentist.
The trouble with this strategy is that these antibiotics do not just kill off the bad bacteria. They also kill off the good bacteria in our body, an absolutely essential part of our immune system and our best protection against bad bacteria. It is also notable that the same doctors who want you to take antibiotics every time you have your teeth cleaned because of the risk that bad bacteria will get into your bloodstream show not the slightest interest in bleeding hemorrhoids, where the same risk presumably exists.
The bacteria causing gum disease are in any case potentially less dangerous than the bacteria lurking in old root canals. Dr. Price learned after thousands of animal studies that a root-canaled tooth is always infected regardless of its appearance and lack of symptoms. When Dr. Price took a root-canaled tooth out of a patient who had a chronic disease and placed this tooth in an animal, the patient became well and the animal developed the same illness the patient had previously suffered from. If the patient had rheumatoid arthritis, the animal became afflicted with RA. When the patient had heart disease, the animal developed heart disease. The tooth from a patient w
ith kidney disease produced an animal with kidney disease.
Why is the dental profession burying its head in the sand about the dangers of root canals? Because it is an enormously profitable profession. With 25 million root canals being performed each year, and the average cost between $740 for a front tooth and $1,000 for a molar (with the vast majority of root canals being done on molars), it’s a $25 billion dollar industry.
More and more endodontists are joining the profession every year. This makes publishing research on root canal toxicity difficult—it upsets major financial interests to have this information made public. “Root canal therapy is a big money maker,” said a dentist in California. “It’s a great way to beef up the bottom line.” A Virginia dentist agrees: “Root canals are the most predictable and profitable procedure in dentistry. Dentists who do not do endo lose on the average $90,000 [per year].”
So what should we do instead of getting root canal surgery? First, choose a biological dentist who can help you find a skilled oral surgeon to remove the dying or dead tooth, including all the ligaments, in order to avoid leaving a pocket of necrotic material called a cavitation, and also on whether to follow up with a bridge or an implant.
If you choose an implant, choose your materials carefully: only titanium, a metal that is less likely to cause an allergenic reaction in your tissue, or zirconium are recommended.
There are several organizations that may help you find the right dentist. The International Academy of Biological Dentistry educates dentists, physicians, and other practitioners. There’s also the Holistic Dental Association, which offers support to both consumers and holistic dentists. Finally, there’s the International Academy of Oral Medicine and Toxicology, which has taken the lead in educating dentists in safely dealing with amalgam fillings, and in developing more biocompatible approaches in other areas of dentistry, including endodontics, periodontics, and disease prevention. You’ll be looking for a member in your area. Dr. Tom McGuire also keeps a directory of dentists who do not use mercury in their fillings.

48 responses to “Are Root Canals Safe?”