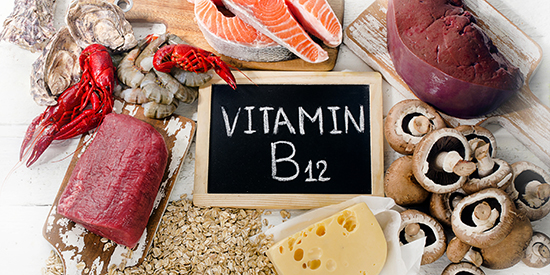 California is threatening to ban methylcobalamin shots, which sets a dangerous precedent. We must act now. Action Alerts!

The California State Board of Pharmacy has proposed regulatory language that would block patient access to methylcobalamin (B12) injections, IV glutathione, intranasal glutathione, alpha lipoic acid, as well as numerous other medications. This serious threat to crucial medicines must be opposed immediately to prevent significant harm to patients suffering from debilitating illnesses. We are also concerned that California’s actions regarding compounding provide a dangerous precedent as the FDA also considers a ban on methylcobalamin, glutathione, and other compounded supplements.

The State Board of Pharmacy has proposed to ban the sterile compounding of ingredients that only have USP dietary supplement monographs. This resulted from an incident in January 2019 where medicines distributed by Letco Medical were contaminated with endotoxins. As a result, seven patients who received the injectable drug experienced adverse events. The California State Board of Pharmacy issued a Compounding Safety Alert about the incident in January 2019. FDA issued a warning letter on February 1, 2019, warning compounders not to use L-Glutathione distributed by Letco Medical to compound sterile injectable drugs. According a June 2019 FDA update, “the L-glutathione powder the pharmacies received was labeled with ‘Caution: Dietary Supplement’ and should not have been used to compound sterile injectable drugs.”

The State Board of Pharmacy can and would accept a USP drug monograph, but is proposing to ban substances that have a supplement monograph. This is an arbitrary decision and represents a direct attack on vitamin B12 shots, glutathione, and more. It is arbitrary because drug and supplement monographs are essentially the same. According to USP,

A monograph is a written standard that establishes public specifications for an article’s quality. A USP monograph—whether for a drug product/ingredient or a dietary supplement—provides the name of that article; its definition; package, storage and labeling requirements; and a list of tests with related analytical procedures and acceptance criteria (usually expressed in percentage ranges or limits) needed to ensure identity, strength, purity and the absence of or control for contaminants [emphasis added].

Further, compounding pharmacies are required to follow the guidelines set forth in USP <797>, which delineates standards for compounding sterile preparations in all pharmacy settings. These guidelines were specifically designed to avoid patient harm through exposure to, among other things, excessive bacterial endotoxins.

These standards should be sufficient to prevent contaminants in glutathione, and those pharmacies that do not adhere to these standards should be held accountable. Let’s be clear. This was one bad batch, and the problem should have been caught and solved very simply by testing for endotoxins. But once again, government health authorities are using an isolated incident to restrict patient access to important medicines.

This should all sound familiar. In 2012, thousands of patients were given medicines contaminated by fungal meningitis, killing 64 and causing infections in over 700 patients. This was due to the actions of one bad actor, the New England Compounding Center (NECC), and might have been avoided had the FDA followed up on warning letters it had sent to NECC in previous years. Nevertheless, this episode was used to pass the Drug Quality and Security Act of 2013, which tightened federal control over pharmacy compounding. Regular readers of the Pulse newsletter will be familiar with the many ways in which the FDA is restricting compounding—all stemming from a single incident that could have been avoided had the FDA enforced the law.

That methylcobalamin and other dietary supplement ingredients are being singled out in California is of great concern. Methylcobalamin is helpful for a variety of conditions. It promotes brain function, can help with pain, vision, and sleep, mitigates the risk of birth defects, and there is research suggesting B12 can help with depression, Alzheimer’s, and autism.

Further, most commercially available B12 comes in two forms (although there are in fact a total of five forms of B12). Cyanocobalamin is the most popular because it is cheap to produce and has a longer shelf life.  Once taken, cyanocobalamin needs to be converted into an active form of the vitamin, methylcobalamin or adenosylcobalamin. The problem is that some patients with the MTHFR mutation cannot properly perform this conversion, so they must take methylcobalamin, which is why many integrative doctors prefer methylcobalamin supplementation. (Note that cyanocobalamin shots are still available in California with a doctor’s prescription and are not threatened by the proposal being discussed in this article.)

For these reasons, blocking access to this important medicine will have an adverse effect on patient health. Here is a list of other substances that could be banned in California:

Removing access to this medically necessary treatment when there is often no commercially available alternative is irresponsible and will cause harm to many patients. The State Board of Pharmacy’s actions are confusing given that the problem could be solved very simply by requiring additional testing for the presence of endotoxins. It also sets a dangerous precedent as the FDA decides separately whether to ban methylcobalamin, glutathione IVs, and a host of other compounded supplements. We must oppose this overreach by the California State Board of Pharmacy.

EVERYONE: Write to Congress and the FDA, urging them to retain consumer access to B12 shots, IV glutathione, and other important natural medicines. Send your message immediately. TAKE ACTION!

CALIFORNIA RESIDENTS: Write to the State Board of Pharmacy and the state government and urge them to reject the proposed changes. TAKE ACTION!

Are you a California doctor or patient who relies on the sterile compounding of one of the affected substances (see bullet list above) and have a personal story you want to share? Send it to [email protected]. Your stories will help us demonstrate to the State Board of Pharmacy that patients need these medicines and will be harmed by a ban. Please send your message immediately.

Editor’s Note (2/10/2020): The article was updated to clarify that cyanocobalamin injections are not included in the California proposal. Certain facts regarding the differences between cyanocobalamin and methylcovalamin were also updated and clarified.