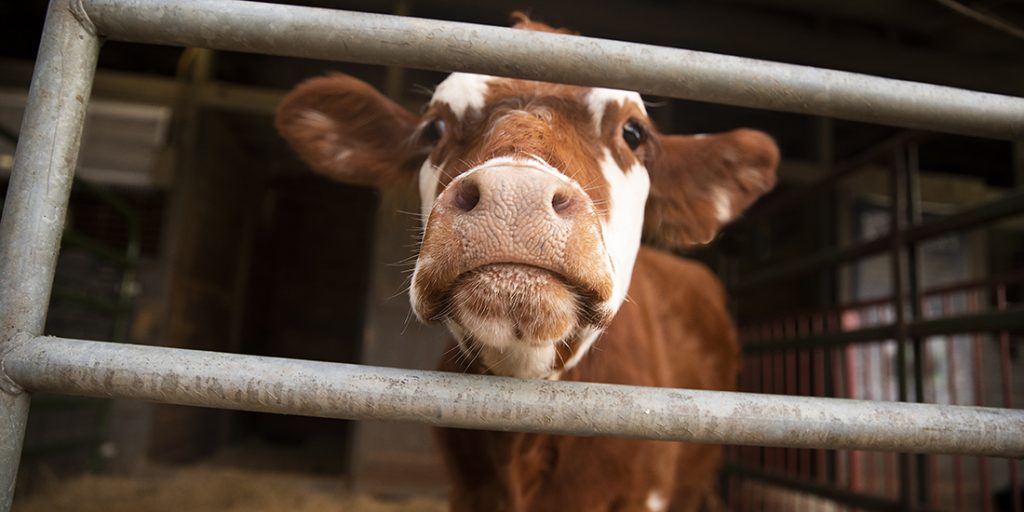 A federal court in Kansas has ruled that the state’s “ag-gag” law is unconstitutional. The tide is indeed turning against these terrible laws, but there are still states where this legislation needs to be removed.

Ag-gag laws refer to state legislation that prohibits documenting, with either photographs or video, the conditions on concentrated animal feeding operations (CAFOs). The intent of these laws is to prohibit animal welfare groups from documenting cases of animal abuse at these operations. Legislators responsible for this legislation are rightly concerned that evidence of the conditions on CAFOs will outrage Americans. Fortunately, these laws are being struck down for violating the First Amendment.

Kansas is the fourth state where an ag-gag law has been struck down (similar laws were previously disallowed in Idaho, Utah, and Iowa). Despite these wins there are still ag-gag laws on the books in Alabama, North Carolina, Montana, North Dakota, and Arkansas.

The practices that Big Ag and their friends in the legislature want to hide from public view are truly horrific. Iowa’s law passed shortly after an undercover investigation of one CAFO got footage of workers burning the beaks off baby chicks, throwing chickens by the neck, and leaving dead chickens to rot in cages where live birds were kept. Other investigations found CAFOs using gestation crates—small metal enclosures—for pregnant pigs, a practice the company claimed they had ceased.

Consumers cannot make informed decisions without information. Big Ag is trying to block us from obtaining this information so they can keep mistreating animals and not pay the price for it. These laws cannot be allowed to stay on the books.

Action Alert! If you live in one of the five states listed below that currently has an ag-gag law on the books, click the “Take Action” button to ask your representatives to repeal the law in order to avoid a costly lawsuit like the one in Idaho.