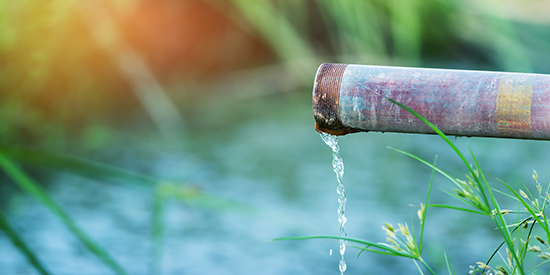 Drugs are often a danger to human health, but they are also destroying the environment. Action Alert!

Many of us are aware of the dangers prescription drugs pose to human health through their side effects, but a new analysis raises the alarm about a problem that doesn’t typically receive a lot of attention: the contamination of the environment with pharmaceutical residues. The threat to human health of this pharmaceutical pollution is unclear, but the analysis concludes there is a significant risk to freshwater ecosystems and the global food chain.

Worldwide, there are over 2,000 active pharmaceutical ingredients (APIs) that are used in drugs. These drugs then find their way into our water through a variety of ways. Many medicines, for instance, are simply discarded and end up as waste. When humans and animals ingest medicine, up to 90 percent of the active ingredient are excreted back into the environment. (This includes, of course, the use of hormones and antibiotics on concentrated feeding animal operations (CAFOs) where drugs are administered to thousands of animals to prevent them from getting sick in the squalid conditions on the CAFO.) The industrial wastewater discharge from pharmaceutical plants also adds to the problem.

APIs are finding their way into our drinking water, and for many substances we simply do not know what the effects of long-term exposure to very low levels of these drugs could be. For example, some APIs used in anti-cancer treatment will not have a safe lower level if they interact directly with DNA—especially on sensitive populations. Given the sheer number of APIs that exist, there is too much we don’t know. Tap water can contain multitudes of APIs, and we’re being exposed over decades. We’re simply rolling the dice with our health. Reverse osmosis water filtration may be able to remove some of these chemicals, but it doesn’t remove everything; and while people with means to do so can better protect themselves by purchasing expensive water filtration systems or bottled water, those without such means will be more exposed to these (and other) contaminants.

Certain environmental effects of APIs in the environment are well-documented. Diclofenac, an NSAID, has resulted in the endangerment of species of vultures; antidepressants and antihistamines have been shown to alter fish behavior; endocrine disrupting pharmaceuticals can interfere with fish reproduction; antibiotics reduce the growth of algae and aquatic plants; psychiatric drugs disrupt the hormones in fish and cause behavioral changes; and many more (for a complete list, see this link).

The economic impact of this contamination can be devastating. Ivermectin is a parasiticide used in veterinary medicine and has been shown to affect dung beetles, which play a critical role in ecosystems in decomposing animal waste. In the US, the cost of the loss of these critical services due to the effects of ivermectin on the dung beetle is estimated to be $380 million a year. We can only expect to hear more of these kinds of stories in the coming years if nothing is done.

Because the sources of pharmaceutical polluting are so varied, no one approach can hope to solve the problem. But drug companies should be forced to do more to show that their drugs are safe if we are going to be exposed to them at low doses through our drinking water.

This research is also an argument for a move away from pharmaceutical drugs that are dangerous and often don’t work in the first place and towards natural medicines which are safer and not as toxic to the environment.

Action Alert! Send a message to Congress and the FDA advocating for substantial changes to the drug approval process. Please send your message immediately.

22 responses to “Wild Animals Have a Growing Drug Problem”