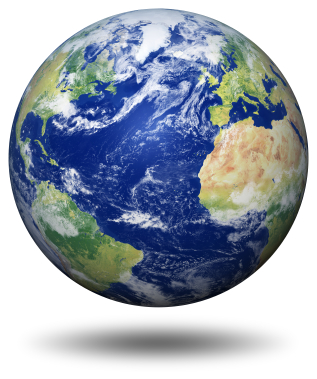 Overview
Will it or Won’t it affect your Vitamins?
Background of Codex
European Union
U.S. Policy
Codex Alimentarius Q&A
Documents and Links of Interest
European Union:
Currently, member countries of the European Union (EU) operate under individual national regulatory frameworks with, for example, Germany and France being on the restrictive end of the spectrum and the United Kingdom, Holland and Sweden being on the more liberal end. In 2002, a Directive (2002/46/EC) was established to harmonize legislation amongst the EU member countries in regards to food supplements.
As a result of this Directive, a narrow ‘positive list’ of allowed vitamins and mineral forms becomes mandatory EU-wide as of December 1, 2010. Any vitamin and mineral not complying with the ‘positive list’ will be banned. The revised ‘positive list’ contains only about 180 discrete forms of vitamins and minerals, compared with the over 500 that have been on sale for many years in liberal countries such as the UK. Omitted from the list are such commonly used food supplement ingredients as silver, sulphur, and vanadium.
In addition to the release of the ‘positive list,’ by early Spring of 2010, the EU will propose minimum and maximum permitted levels for vitamins and minerals following much debate, industry discussion and even strong opposition from some quarters. Central to the approach used will be the view of the controversial European Food Safety Authority, based in Parma, Italy. At issue with the EU setting maximum permitted levels is the risk assessment and management methods being implemented to develop the guidelines.
ANH-USA’s European office, ANH-Europe, has been at the forefront of exposing the flaws in the methodologies under consideration for a number of years. The methods being used originate from methods that were originally intended for use with environmental toxins, which of course have no beneficial role in health. Nutrients are quite distinct, and as such, require a completely different approach. The approaches presently under consideration would compromises consumer choice and unnecessarily restrict approaches aimed at using nutrients for the all-important purpose of disease risk reduction.
Briefly, to point out two flaws, the analysis fails to consider diverse population sub-groups. Age, dietary patterns, health status, physiological need, and geographic location are key factors in determining risk benefit analysis. Additionally, the analysis fails to break down a nutrient group and sets a maximum level based on the most hazardous member of a given nutrient group such as Vitamin A (retinol / natural b-carotene), or Iron (iron sulphate / ferrous bisglycinate).
The EU and Codex are so intertwined that an inherent influence over one is inevitable. Due to the heavy influence of the EU over Codex, many believe Codex will utilize EU’s ‘maximum permitted levels’ as a template in setting minimum and maximum levels.
U.S. Policy: Back to top »
The Dietary Supplement Health & Education Act of 1994 (DSHEA) regulates the dietary supplement industry and is implemented by the Food & Drug Administration (FDA). Government agencies and some individuals argue that Codex has no bearing on DSHEA and Codex will not jeopardize our existing domestic regulatory framework because Codex provides guidelines for international trade.
Current U.S. policy includes three safe guards from international influence over dietary supplements: DSHEA, anti-harmonization legislation under the FDA Modernization Act of 1997 (21 U.S.C. 383), and the Proxmire Amendment of 1976.
The anti-harmonization legislation, specifically exempts dietary supplements from the mandate that the U.S. government must harmonize regulatory requirements. Not exempted are “drugs, biological products, devices, foods, food additives, and color additives … and good manufacturing practices.” This legislation was intended to streamline standards amongst countries and fortunately, dietary supplements were explicitly exempted.
The Proxmire Amendment expressly prohibits FDA from establishing “maximum limits on the potency of any synthetic or natural vitamin or mineral” and from classifying a supplement as a drug “solely because it exceeds the level of potency” the Secretary determines is useful. The amendment was in response to FDA’s overzealous attempts to regulate supplements as drugs if their potency was 150% or more of the recommended daily allowance.
Additionally, before FDA can adopt any Codex standard, technically the FDA must review the standard and issue a ruling of, “accepted without change, accepted with change, or not accepted.” The review process can be instigated by any interested person, on FDA’s own initiative, or by publishing the Codex standards in the Federal Register. Once posted, a public comment period would open to enable consumers and industry to make a statement. (21 CFR 130).
However, even with these safeguards in place, noting what has transpired in Canada over the past several years (a banning of all vitamins and minerals and now bringing back one by one), Germany’s excessively low ‘maximum levels,’ and the troublesome EU Directive, U.S. consumers are justified in being concerned and highly protective of current domestic policy. A few examples of the extreme differences between current U.S. policy on vitamin and mineral levels and Germany’s proposed maximum levels are:

Germany wants these very low limits as the maximum limits for food supplements, so that any supplement selling at higher levels would need to be licensed as a drug. As most people know, this is prohibitively expensive for most supplement companies and this is the final link in analyzing Codex. The never-ending, always present industry influence which is alive and well within U.S. government agencies, exists just as strong, or even more strongly, abroad. The pharmaceutical industry has great hold on food supplement policy—globally. The pharmaceutical industry has great financial gains to reap from implementing restrictive maximum levels—increased synthetic product opportunities and higher volume of sales.
If Codex adopts excessively low maximum levels, this is highly persuasive material for pharma to use in the U.S. to ultimately convince the government to conform, which will open trade opportunities.
The EU, and specifically Germany—the country that hosts the key Codex Committee on Nutrition and Foods for Special Dietary Uses and that is responsible for the vitamin and mineral guideline—have great influence over Codex; therefore, with restrictive levels currently being set in the EU, and the extensive influence the EU has over Codex, coupled with industry’s strong-hold over the FDA in the U.S., current Codex activity and guidelines should be of concern to those Americans who have long enjoyed considerable freedom over the use dietary supplements as part of their personal health care regime and lifestyle.
Conclusion:
The threat of Codex adversely impacting U.S. domestic policy regarding food and dietary supplements is real. One has to look beyond the stated purpose of Codex—as being an intergovernmental body to develop standards for international trade purposes—to understand the ripple effects from the Codex ‘Guidelines for Vitamin and Mineral Food Supplements.’ Once an international borderline between vitamins and minerals as foods, and vitamins and minerals as drugs, it is quite possible that the U.S. will ‘cave’ to international pressure because the limits will have been set as a result of international consensus on the grounds of public safety.
One last thought: if the U.S. government delegation is opposed to the European model, why has it not objected strenuously to its incorporation into the Codex guideline? Actually the reverse has been true. The U.S. has been working very closely with the EU, ensuring the highly restrictive European approach is built firmly into the international Codex guideline at every step! Perhaps this makes a statement about the FDA-led, U.S. government delegation’s true colors?
Back to top »