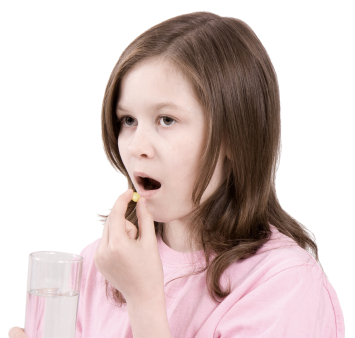 Want to protect your kids from high cholesterol? Just give ’em drugs—like the new, chewable form of Lipitor. Yes, chewable. Like candy. A new Action Alert asks Congress to repeal a really rotten law that encourages this.

Lipitor, the world’s top-selling drug—made by Pfizer, the world’s largest pharmaceutical company—has just been approved for use with children in the European Union. It is already approved for children in the US. The motivation is obvious: Lipitor’s 2009 sales were about $13 billion, but its US patent expires at the end of November 2011. This means Pfizer will quickly lose much of its Lipitor revenue once the generic competition hits the market. The company is desperately trying to boost its sales everywhere it can before then.
Pfizer also plans to apply for a six-month extension of its patent in European countries. As is the case in the United States, the EU allows drug makers to seek an additional six months of patent protection for medications if they test them in children, who generally are excluded from the drug studies done before a new medication is approved. The company has already received the extension in the US. And those extra six months could put several billion extra dollars in Pfizer’s pockets.
Lipitor has been available in the US for children since 2002. But it’s rarely prescribed, and it’s not (yet) the EU-approved chewable type. The fact that kids can be used by pharmaceutical corporations to extend their patents is nothing short of outrageous. This law provides huge incentives to drug companies to sell drugs to children—whether they’re good for kids or not. Case in point: the FDA has approved another statin drug, Prevachol, for 8-year-olds, despite the weighty risks for a growing child.
Duane Graveline, MD, former NASA astronaut and scientist, demonstrated the link between statin drugs and muscle and neurological problems, including memory loss and Lou Gehrig’s Disease, in his book Statin Drug Side Effects. Other documented side effects include nerve damage, muscle damage (don’t forget that the heart is a muscle too), liver enzyme derangement, and in some cases even kidney failure. Dr. Joseph Mercola notes a number of other side effects of statins, which he calls “some of the most dangerous drugs on the market”: blood glucose elevation, tendon problems, anemia, acidosis, cataracts, and sexual dysfunction.
Meanwhile, Harvard researchers have found that 85% of heart disease can be prevented by lifestyle changes alone—the correct diet, plenty of exercise, and extra nutrients such as fish oil, l-carnitine, coenzyme Q10, d-ribose, and others.
Many doctors are now calling for universal school screening of children for high cholesterol. This invasion of the home and of parents’ rights would lead to more and more statins being given at a younger and younger age.
And it’s not just cholesterol drugs they’re giving to kids. The journal Pediatrics found that medications are being prescribed for children in the US at a dramaticly increasing rate—for diabetes, hypertension, obesity, asthma, ADHD, and depression. Using a database of prescription claims from children with private health insurance, they were able to find prescriptions for almost 4 million children. In addition to calls for universal school screening for cholesterol, there are also plans to screen kids for mental health issues, which will lead to more mental health medications being used on children. We are creating a generation of drugged kids.
Some of the price to be paid for this is already visible. Pediatrics also found ADHD drugs causing hallucinations and other psychotic symptoms (in addition to growth stunting, reported elsewhere). Half a million children are being treated annually for drug side effects.
Pfizer has worked hard to protect Lipitor, its cash cow. In 2003, it funded the National Lipid Education Council (NLEC), a promotional tool for Pfizer which was thinly disguised as a continuing medical education group whose job was to educate doctors on cholesterol issues. Half the members of the US government’s National Institute of Health’s National Cholesterol Education Program were also members of the NLEC. That same year, a whistleblower from Pfizer alleged that the pharma giant marketed Lipitor for patients with moderately high cholesterol when the FDA approval was only for high cholesterol patients. Of course Pfizer has also worked to redefine what is considered “high.”
Doctors who were selected by Pfizer as investigators on the NLEC received multimillion dollar research grants, an honorarium, speaker fees, travel, entertainment, and the opportunity to attend meetings and network with luminaries in the cardiovascular disease world.
ANH-USA has been dedicated to children’s health issues since its founding—including the rising concern of environmental toxins—but nothing makes us more upset than the outright exploitation of kids so the richest corporations in the world can extend their patents and become just a little richer.
This six-month extension on drug patents so they can test them on children is reprehensible, but it’s a law like any other law, and it can be changed. Please contact your senators and your representatives, and ask them to get this law changed for the sake of all our children.

61 responses to “Children Are Being Exploited to Extend Pharmaceutical Patents”