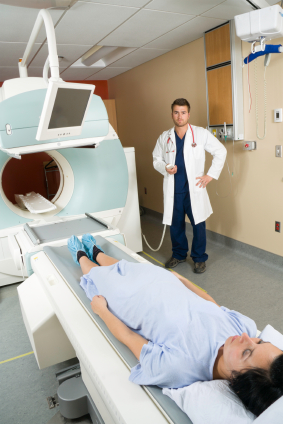 Call it the sledgehammer approach to medicine. Rather than catching or curing disease, aggressive cancer screenings and unnecessary biopsies are actually spreading deadly “superbugs” among patients.


Take prostate exams, for example. Millions of men each year are tested for prostate cancer—and an increasing number of them are getting sick from potentially lethal drug-resistant infections. Studies from three countries show that infectious complications from prostate biopsies have more than doubled in less than a decade. As much as five percent of prostate biopsies develop infections from the procedure—or about 50,000 Americans every year, and an equal number in Europe. Nine out of 10,000 men whose tests were negative for prostate cancer died within a month from sepsis and other complications, according to a recent study in the Journal of Urology.

The standard needle biopsy test for prostate cancer sends an ultrasound-guided needle a dozen times through the rectum to collect specimens from the prostate gland. But this also allows the needle to bring bacteria from the bowel into the prostate, bladder, and bloodstream. This is particularly dangerous if the bacteria happen to be “superbugs” which are resistant to antibiotics (please see our article on superbugs in this issue).

Part of the problem is the procedure itself. A 2004 study from the John Wayne Cancer Institute in California indicates that if you do have cancer, getting a needle biopsy may increase the chance that the cancer will spread by as much as 50 percent compared to patients who receive the more traditional excisional biopsies (or “lumpectomies”).

In response to this, it is argued that biopsies save lives too. A Swedish study is cited suggesting that younger men with early prostate cancer have better survival odds if they have surgery right away instead of waiting for treatment. But look more closely at the study. About 95 percent of the cancers in the Swedish study were found because they were causing symptoms. In the United States, however, most of the cancers are found after a PSA (prostate specific antigen) blood test raises a red flag, long before symptoms appear. And that’s the problem: an elevated PSA test almost invariably leads to a needle biopsy, even though false PSA positives are commonplace. A recent study concluded that after 20 years of follow-up with patients, the rate of death from prostate cancer did not differ significantly between men in the screening group and those in the control group.

Also keep in mind that some prostrate cancers are aggressive, while others grow very slowly and many may never cause problems. But the standard surgery and radiation treatment is the same for nearly all of them, and has been known to have nasty side effects like impotence, urinary incontinence, and bowel problems.

A European study on prostate cancer screening indicated that in a sample of 1,400 men, one man’s life would be saved from the early detection and treatment—while 48 others would undergo painful and dangerous treatments like surgery or radiation that would not improve their health because either the cancer was not life-threatening to begin with or because the cancer was too far gone.

Is this the only example of conventional “preventive” medicine run amok? Far from it.

Recent research suggests that the elderly get colonoscopies far too often—creating unnecessary risks to their health, and a waste of money, as Medicare is paying for it. In fact, the US Preventive Services Task Force recommends against routine colon cancer screening for most people 76 to 85—and says for those older than 85, screening risks outweigh the benefits. Complications for older patients include accidental perforation of the colon, bleeding, and complications from sedatives, any of which can lead to death. And most of these colonoscopies for the elderly are completely unnecessary to begin with—a study in the Archives of Internal Medicine says that only 27 percent of all study patients with frequent exams had any symptoms that might have raised suspicion of cancer.

There is big money in cancer screenings. Americans spend $4 billion on mammograms alone, and some of those tests cause false alarms that lead to unnecessary follow-up surgery on normal breasts—at a cost of as much as $70 billion over a decade. The radiation alone from too many mammograms can be a cause of cancer, although CAT scans, with their massive amount of radiation, may be an even bigger risk.

And this isn’t the only “preventive” medicine risk for women who are worried about breast cancer.

The Health Sciences Institute points out that the drug tamoxifen, which was identified as a carcinogen by the California EPA more than ten years ago, is frequently recommended if there is a risk of breast cancer. This synthetic hormone-like drug effectively prevents estrogen from binding to breast cancer cells, making it more effective than chemotherapy in treating estrogen-driven breast cancer tumors—the most common type of breast cancer tumor in postmenopausal women. But the potential dangers range from nausea and vomiting to deep-vein thrombosis and pulmonary embolism, not to mention cancer itself. Tamoxifen actually increases the risk of a rarer type of breast cancer that is aggressive and harder to treat.

What is really inexcusable is that animal studies suggest phytoestrogens from foods such as soy do as much or more than tamoxifen to prevent cancer without the side effect risks. But drug companies and the FDA couldn’t care less because these phytoestrogens can’t be patented and thus can’t be brought through the FDA approval process.

There are also other, much safer ways to reduce one’s risk of breast cancer: being as lean as possible without being underweight; exercising for at least 30 minutes a day; limiting alcohol consumption; and, for new mothers, breast-feeding their children for up to six months.

As we noted in March, more is not necessarily better when treating as well as trying to prevent cancer: after years of patient trials and clinical experience, even oncologists are grudgingly agreeing that more chemotherapy does not necessarily produce a better outcome. The side effects of additional aggressive chemo invariably outweigh the benefits. The same goes for radical, disfiguring surgeries like mastectomies with the removal of pectoral muscles and all area lymph glands: for many patients facing breast cancer at an early stage (estimated to be up to 40,000 per year) the removal of area lymph modes is now known to be unnecessary.

The book Death by Medicine by Gary Null et al. documents the fact that the number of people who die each day because of medical errors—physician mistakes, hospital-related illness, and reactions to FDA-approved medications—is the equivalent of six jumbo jets falling out of the sky. More Americans are dying each year at the hands of medicine than all American casualties in WWI and the Civil War combined. The book has recently become an award-winning documentary film.

Health policy expert John C. Goodman discusses the huge economic cost of adverse medical events—between $393 and $958 billion in 2006. He estimates that 6.1 million injuries and 187,000 deaths caused by the health care system: “This is equal to between $4,000 and $10,000 a year for every household in America. Roughly speaking, every time the healthcare system spends a dollar healing us, it causes up to 45 cents worth of harm.”