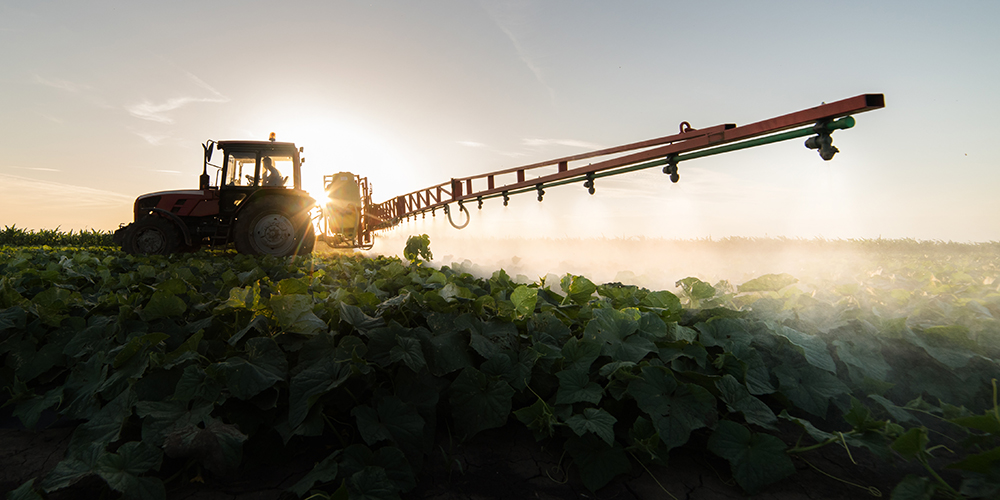 Hint: it’s not glyphosate, but another cancer-causing herbicide. Action Alert!

After sidestepping the normal public comment process, the EPA has approved a pesticide called isoxaflutole, which the agency has determined likely causes cancer, to be sprayed in 25 states. Nor is it the first time the agency has flouted the Administrative Procedures Act (APA) to approve dangerous chemicals. Once again, the EPA demonstrates that it cares more about industry profits than public health.

Isoxaflutole has been approved for use on genetically modified soybeans which have been altered to withstand it. The chemical is already used on corn in 33 states, despite having been linked by the EPA to cancer and liver damage. It’s also known to drift more than a thousand feet from where it is sprayed, threatening nearby crops and back yards.

One of the most stunning aspects of this action is how the EPA ignored the normal public comment process to approve this herbicide. Normally the public is given notice and a chance to voice concerns through an official process. This time, the EPA conducted a sham process by which a “public comment” period was initiated but not listed in the Federal Register—where the public is able to learn about such actions. Instead, the EPA actively solicited feedback from herbicide and industrial farming interests. Unsurprisingly, all 54 comments to the docket praised the EPA’s decision and encouraged broader use of the herbicide.

This outrageous action by the EPA will expose more Americans to dangerous chemicals, both through the air and through food. Cancer is a comorbidity for COVID-19. We also know that more air pollution, which the EPA has made much worse, makes us susceptible to COVID-19 infection. What is the EPA thinking?

Unfortunately, this isn’t the first time the EPA has ignored the public comment process to approve a dangerous chemical. The agency did the same thing when it re-approved and expanded the use of sulfoxaflor, a bee-killing neonicotinoid insecticide, even though this approval was eventually thrown out after a court decided the EPA based its decision on flawed data. The EPA also failed to notify the public when it approved an emergency use of the medically important antibiotic streptomycin on citrus crops in Florida and California this year.

Clearly the EPA cannot be trusted to put public health over industry interests. We must fight back against this appalling action.

Action Alert! Tell the EPA to reverse its approval of isoxaflutole and to stop sidestepping the APA. Please send your message immediately.