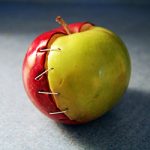 In a related article in today’s newsletter, we told you about the amazing new science of epigenetics. This science teaches us that the way genes are expressed are affected by a variety of factors. In human populations, our genes can even be affected by what our grandparents ate!

Plants are even more sensitive to epigenetic changes than animals. This could have serious implications when it comes to genetically modified organisms (GMOs).

GMO foods and crops can be genetically engineered via insertional mutagenesis, the process of inserting foreign genetic materials into normal genes. An example of this is the tomato that was injected with antifreeze genes from Arctic fish (this particular GMO never made it to market). The supposed “safety” of this technique is based on the notion that a gene taken from one organism will play the same role in another (for instance, an antifreeze gene in a fish will make the tomato freeze-proof).

Epigenetics questions the wisdom of this, suggesting that genes can express themselves differently based on their environment. This means no matter how well-tested Big Biotech claims GMO crops are (and these are tests paid for by the biotech company, with the outcomes revealed only if they are favorable), there are simply too many biological and environmental factors at play to know what a foreign gene will do in a different organism.

According to Marcello Buiatti, professor of genetics at the University of Florence, there is evidence that genes resulting from insertional mutagenesis may be less stable than normal genes, and that the current ways in which Big Biotech and regulatory bodies assess the safety of GMO is, in his words, “far below the level of sufficiency to be able to predict any toxicity or any unintended effect of a plant.”

Let’s apply this concept to GMO crops, which are tested in limited, homogenous environmental conditions. Epigenetics implies that a gene that expresses itself safely in a test field in Washington State might have dangerous effects when planted in Illinois.

What is known about GMOs is very little compared to what is unknown. GMO producers have so far not only blocked independent research on their product; they have blocked labeling of GMO foods. Imagine: they are so proud of their product, they do not even want you to know you are buying it! But labeling is coming, whether they want it or not, and you can help.

Action Alerts! Despite reassurances by Big Biotech and Big Farma, we still don’t fully understand the long-term risks or potential outcomes of GMO foods. What we do know is alarming. If you are a resident of any of the following states, please write to your legislators immediately and ask them to support GMO labeling—there is legislation in your state right now that is critical for making sure these dangerous substances get labeled. We have a right to know what’s in the food we eat—our families’ health is at stake!

12 responses to “Epigenetics Also Warns Us about GMOs”