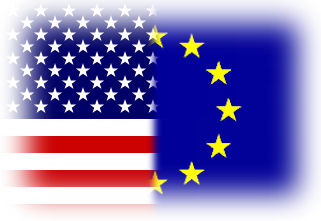 In new trade talks between the US and the European Union, we need to make sure “harmonization” doesn’t make our supplement laws like theirs. Action Alert!

Last March, the Obama Administration announced its intention to enter into Transatlantic Trade and Investment Partnership (TTIP) negotiations with the European Union (EU) to increase trade and investment between the two regions. The two sides are in the very preliminary stages of a process that is expected to take two years, and are beginning their second round of negotiations on October 7 in Brussels.

According to the White House fact sheet, the goal of the negotiations is to boost economic growth in the US and EU, and increase jobs supported by transatlantic trade and investment. One of their stated aims is to reduce costly “behind the border” non-tariff barriers that impede the flow of goods, including agricultural goods.

ANH-USA will closely monitor the process, to protect the interests of natural health consumers here in the US. We do not want to see a threat develop to our access to a wide range of higher-dose supplements or to legitimate health claims on products.

As we have reported numerous times, (here, here, and here), Europeans have such restrictive laws regulating supplements that much of what we take for granted here in the US is completely unavailable to them. A worst-case outcome from these trade talks would be for US laws to be aligned more closely with those of the EU. Since the goal of the TTIP is to increase trade and investment between the two regions, this would be highly illogical: trade can hardly increase if products are banned! But no one should expect logic from these negotiations, especially if powerful agencies like the FDA and FTC see them as an opportunity to get more of what they want, which is protection for US drugs.

The US market for supplements is approximately $5 billion a year; the European market is much smaller, because so much is prohibited. The truth is that natural health is a huge new growth industry in the US. It could be even bigger and create even more jobs if foreign governments did not regulate away the market.

And this is not just about American jobs. Europe is choosing to destroy its chances to be a player in what is really the future of medicine. Damaging the public’s health and restricting job opportunities in an emerging growth industry is a complete lose-lose proposition.

There is an increasing trend towards “harmonizing” of rules and standards between international regulatory agencies. The excuse, and it really is just an excuse, is that this will facilitate trade. At the Codex conference in Germany last December, we noticed that although the tagline on many Codex documents is “safe, good food for everyone,” the point was stressed over and over again “we are here to facilitate trade.” Large multi-national companies of course like this, and they have the ear of government officials.

In the past, restrictive EU laws have clearly influenced laws in the US—for example, the FDA guidance on New Dietary Ingredients (NDI) mirrors the EU’s Novel Food Regulation. Both the EU and US use the same approach to determine what they consider to be safe upper levels for dietary supplements, with the focus all on risks rather than risks against benefits, a stance that has been criticized by ANH-Europe’s chief scientist, Rob Ververk. In addition, both the EU and US agree that dietary supplements cannot make disease claims, with the EU taking the most restrictive approach. The EU even makes it illegal for a doctor tell a patient about supplements in the privacy of a one-on-one consultation.

On the plus side, Europe is ahead of the US in banning GMOs, but in this case any “harmonization” will almost certainly go in the US’s direction.

With increasing harmonization of laws worldwide, it is important for us to fight back against inappropriate regulation of natural products among our trading partners. Inevitably, our regulatory agencies will come under pressure to conform, when trading partners adopt more restrictive policies.

Action Alert! Please tell the Office of the US Trade Representative to consider these issues as they continue their negotiations to increase trade between the US and EU. Your voice makes a difference!