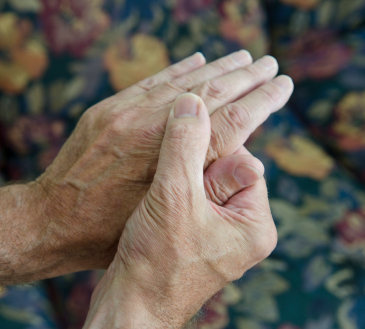 Rheumatoid arthritis is a painful condition. But FDA-approved killer meds are not the answer.

We told you earlier this year how dangerous a new class of anti-inflammatory drugs called TNF-alpha blockers can be. The best-known drugs in this class are Enbrel and Humira, which are used to treat juvenile rheumatoid arthritis, Crohn’s disease, and other inflammatory diseases for which they are not approved.

The more common non-steroidal anti-inflammatory drugs (NSAIDs) are no picnic either. A recent study showed that patients who take NSAIDs have a 90% greater likelihood of dying from all causes, and many NSAIDs are required to carry a Black Box Warning.

Pfizer’s new anti-inflammatory drug, Xeljanz (tofactinib), caused four patient deaths before it even hit the market. One death was caused by respiratory failure, and one by acute heart failure. Tofactinib is a drug of the janus kinase (JAK) inhibitor class. It’s currently FDA-approved for the treatment of rheumatoid arthritis (RA) and is being studied for treatment of psoriasis, inflammatory bowel disease, and other immunological diseases, as well as for the prevention of organ transplant rejection. Unfortunately, it causes such side effects as infections, shingles, lymphoma, and stomach ruptures.

The European regulatory agencies rejected Xeljanz twice on safety grounds: it “had major concerns about the overall safety profile of Xeljanz” and was “of the opinion that the benefits of Xeljanz did not outweigh its risks.”

After US approval, Xeljanz hit the ground running, and commanded a shocking $2,000 per month price tag when it was initially released. This was despite the bad buzz about Xeljanz—even from doctors—before it even hit the market.

FDA-approved medications kill 200,000 Americans every year. How do dangerous drugs like Xeljanz keep getting approved? Look no further than the crony capitalist system in which the FDA and Big Pharma have countless conflicts of interest. And don’t forget the FDA’s recent “pay-to-play” scandal we told you about last week.

There are other reasons as well. The pharmaceutical industry is outsourcing its clinical trials to developing countries, where it is easy to manipulate trial outcomes. AstraZeneca, for example, is outsourcing dangerous placebo-controlled drug trials to countries like South Africa, which critics are calling unethical. The developing world has little access to modern medicines, so sick patients are willing to take a risk on dangerous studies—hoping against hope that (a) they’re not in the placebo group, and (b) the drug actually does some good. Additionally, there is rarely access to post-study treatment—even if a study participant is given a life-saving drug, it is taken away after the trial.

RA and other painful conditions are hard to live with. RA is believed to represent an infection of some kind, but there are many natural treatments that seem to help, including foods and supplements that boost the immune system, kill pathogens, or work in ways not completely understood such as green tea extract. For some powerful and safe natural remedies for pain, see our recent article on the subject.