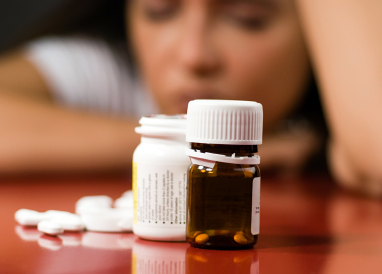 The agency defied its own panel’s recommendation against approval because slight benefit is not worth the risk of suicide (and, we might add, addiction).
The FDA has approved the first non-hormonal treatment for hot flashes associated with menopause. The drug is paroxetine mesylate (marketed as Brisdelle). Paroxetine, an SSRI, is the active ingredient in two drugs for depression and other psychiatric disorders, Paxil and Pexeva. Both drugs contain higher doses of paroxetine than the version for hot flashes. The agency’s press release said studies of the drug showed that Brisdelle “reduced hot flashes compared to placebo,” though “the mechanism by which Brisdelle reduces hot flashes is unknown.”
What the press release fails to mention is that the FDA’s Reproductive Health Drugs Advisory Committee voted 10 to 4 that the overall risk-benefit profile of the drug did not support approval—that the benefits over placebo were “minimal,” and that all of the severe side effects associated with SSRIs, such as suicidal thoughts and osteoporosis, outweigh the minor benefits.
The drug’s label features a boxed warning about the increased risk for thoughts of suicide. The label also warns clinicians that it can reduce the effectiveness of the breast cancer drug tamoxifen if taken together, increase the risk for bleeding, and comes with the risk for serotonin syndrome. Fatigue, nausea, and dizziness were the most common side effects. In the 24-week study, there were three cases of suicidal ideation and one suicide attempt among those on paroxetine, all after 12 weeks of treatment. One woman died while on Brisdelle but, according to the company, the death not considered to be related to the drug. Are the risks of taking an SSRI worth it for such an uncomfortable but temporary condition as hot flashes? Especially when we know that these drugs can also be addictive?
It’s highly unusual for the FDA to go against one of its panel’s recommendations, and the agency gave no explanation as to why they did so in this case. We note, however, that 24 million women suffer from hot flashes, and two-thirds of them currently do nothing to treat the condition. This means that the potential untapped market is huge. And FDA seems eager to do the bidding of the pharmaceutical companies.
The reasoning behind taking a non-hormone treatment for hot flashes is to reduce the risk of breast cancer. But this risk has only been studied for synthetic hormone replacement therapy. Bioidentical hormones produced naturally by the body do not involve the same risks—which is why protecting our access to compounded versions of the hormones is so important (as we discussed in our article on the dangerous compounding bill before Congress). Bioidentical estriol does not have known side effects associated with it, while the synthetic versions do.
Besides bioidentical estriol, there are other natural treatments for hot flashes. Dr. Joseph A. Mercola recommends the following:

We have wonderful natural treatments available, including bioidentical estriol. An agency that willfully defies its own experts and approves a dangerous drug on which women have already felt like committing suicide—one that is only a minimal improvement over a placebo—is an agency that dances to Big Pharma’s tune.