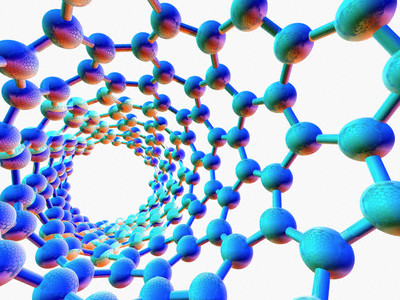 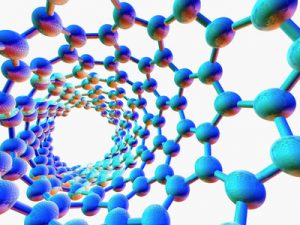 Their latest report says there might be safety concerns but admits to being basically clueless about what, if anything, to do. Action Alert!

In 2007, a congressionally appointed committee concluded that the FDA’s “scientific base has eroded [and] does not have sufficient capacity and capability.” Nanotechnology seems a case in the point. The FDA by it’s own admission has no idea whether or how to respond.
Nanotechnology is the science of manipulating matter on an atomic and molecular scale. The technology has a broad range of potential applications, such as the packaging of food, or altering the look and feel of cosmetics. Increasingly, the submicroscopic particles are showing up in FDA-regulated products like sunscreens, skin lotions, and glare-reducing eyeglass coatings.
Most troubling by far is the potential that our food will contain nanoparticles. According to the US Project on Emerging Nanotechnologies’ report on the use of nanotechnology in food and agriculture:

Thanks to nanotechnology, tomorrow’s food will be designed by shaping molecules and atoms. Food will be wrapped in “smart” safety packaging that can detect spoilage or harmful contaminants. Future products will enhance and adjust their color, flavor, or nutrient content to accommodate each consumer’s taste or health needs.

Hmm. Who exactly will decide what my personal health needs are, and how will they be addressed through the nano-manipulation of my food?
FDA has just released a draft guidance for the food processing industry which states that nanotechnology could affect the identity, safety, and regulatory status of a food substance, and may warrant a regulatory submission to the FDA. The guidance puts the burden on the industries using nanotechnology to determine whether this is the case for their product, and whether they should notify the FDA or not!
Although the FDA acknowledges there could be safety issues with the use of nanotechnology, the agency provides no clear safety standards or threshold levels for nanoparticles in food products or packaging. They suggest that extra testing may be required, but leave all the details to the big food and agriculture companies we collectively refer to as Big Farma. We believe FDA is trying to avoid any conflict with their friends in the food industry, and as we have seen repeatedly, these friends do not include the small farmer and producer. This is all yet another example of crony capitalism at work.
The nanotechnology market is expanding—it is currently used in clothing, food, and cosmetics, and was responsible for $225 billion in product sales in 2009 alone. The world’s biggest companies, including Nestle, Kraft, Heinz, and Unilever, are involved in nanotechnology research and development.
As we previously reported, true nanotechnology is the antithesis of organic food. There is, however, no guarantee that nanotechnology isn’t in organic products. The National Organic Standards Board (NOSB) recommends that USDA prohibit nanomaterials from certified organic foods. While the USDA’s National Organic Program has adopted the recommendation, it has not fully implemented and enforced it. If you have not already done so, please contact the USDA immediately and explain why this is so important!
According to Food and Water Watch, engineered nanoparticles:

The real problem however is that we just don’t know enough yet about nanotechnology. Chemicals like PCBs and pesticides like DDT were once assumed to be safe—their danger was not fully understood until long after human health and environmental damage already occurred. To avoid similar disasters in the future, the health and environmental effects of nanotechnology should be thoroughly studied before more products are allowed onto the market, especially into food and food packaging. And a lot depends on the definition of nanoparticles’ size, and whether they can be considered new to nature. So far there aren’t any real definitions or standards.