Pulse of Health Freedom has often pointed out the dangers of medical radiation, which produces cumulative changes to our DNA, changes increasingly linked to cancer and heart disease.
The FDA concedes that one CT chest scan delivers as much radiation as nearly 400 chest X-rays. 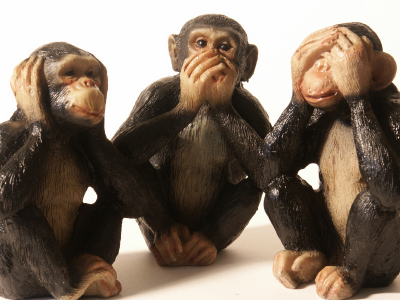 Now, according to journalist Gardiner Harris, scientists have broken their year-long silence and revealed how the FDA ignored their urgent warnings about the “risks of routinely using powerful CT scans to screen patients for colon cancer”.
Dr. Julian Nicholas, a gastroenterologist trained at Oxford University and the Mayo Clinic, has warned that radiation screening could “expose a number of Americans to a risk of radiation that is unwarranted and may lead to instances of solid organ abdominal cancer.” In June 2009, Nicholas wrote FDA senior managers, urging that patients be told of the risks associated with CT scanning: “I hope you understand that the failure to include a warning on the label will mean that patients will undoubtedly develop abdominal cancer and leukemia. It may not happen tomorrow, but yes, sadly it will happen.”
FDA Medical Officer Robert Smith, M.D., former professor of radiology at Yale and Cornell, has gone on record as agreeing with Dr. Nicholas.
FDA policies forbid the penalizing of agency staff for expressing scientific views, but on March 30, 2010, Nicholas told a public meeting of imaging specialists that a month after he and eight colleagues voiced their concerns about high-grade medical scanning to Dr. Jeffrey Shuren, director of the FDA’s medical device division, he (Nicholas) was ridiculed by agency managers for “raising the bugaboo of radiation” and told that his job had been eliminated.
In his book Should I Be Tested for Cancer: Maybe Not and Here’s Why, Gilbert Welch, M.D., professor of medicine at Dartmouth Institute of Health Policy and Clinical Practice, contends “that testing healthy people for cancer is really a double-edged sword: while these tests may help, they often have surprisingly little effect and are sometimes even harmful”.
For too long, medicine has failed to monitor radiation dosage, and errors have not been identified and corrected.
When the U.S. Department of Veterans Affairs recently reviewed the medical records of 116 veterans implanted with radioactive seeds to treat their prostate cancer, the results were disturbing. It was found that 97 of the 116 men had received the wrong radiation dosage. The Nuclear Regulatory Commission responded by imposing a fine of $227,500 “ for lacking procedures to ensure and verify that treatments were done correctly, failing to properly train staff and neglecting to immediately report mistakes”.