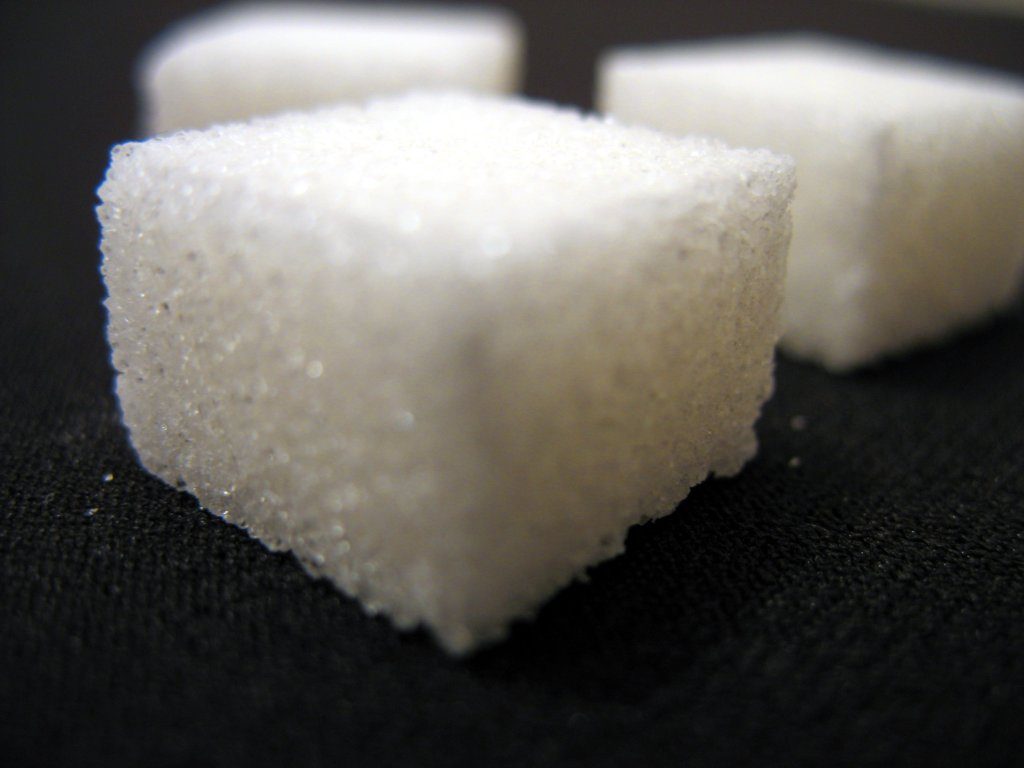 The agency reverses itself—and capitulates to the sugar lobby. Action Alert!
Recently, the FDA announced a proposal to include a daily recommended value (DRV) for added sugars on the Nutrition Facts label of packaged foods and dietary supplements.
The “added sugars” designation has nothing to do with the amount of sugar that already occurs naturally in the food. “Added sugars” are any sugars (sucrose, fructose, etc.) that are added during processing. So while the sugar found in an apple would be considered naturally occurring, agave—a sweetener isolated from cactus—added to another product would be considered an added sugar, as would sugar or high-fructose corn syrup. (If a product contains an entry for added sugars, that’s an immediate indicator that it’s a highly processed food.)
The agency proposes that the daily intake of calories from added sugars not exceed 10% of total calories. Their “general nutrition advice” is 2,000 calories a day for adults and children 4 and above (meaning that, according to the government, a 5-year-old girl and an athletic 25-year-old man should both be fed the same amount). Under this new proposal, each should also consume 50 grams of added sugars every day. For children under 4, who might get 1,000 calories per day, this is 25 grams of added sugar. There is no current (or proposed) DRV for sugars in general, only the proposal for added sugars.
The FDA’s press announcement represents a somewhat surprising departure from previous messaging by the agency. Last year, the FDA proposed that the nutrition label declare how much added sugar a food contained but refused to establish a DRV, claiming that there was no “sound scientific basis for the establishment of a quantitative intake recommendation [from]  which a DRV could be derived.” This was correct: to imply that we need any amount of added sugar is false and misleading.
The agency now claims that the scientific evidence presented by the 2015 Dietary Guidelines Advisory Committee has convinced them that there is indeed a “sound scientific basis” for an added sugar DRV. Really? A “sound scientific basis” for eating processed food that contains 200 calories of high fructose corn syrup every day, in addition to whatever sugars are already in the food naturally? Food companies, and of course the general public, will regard this DRV as a recommendation to consume added sugar! Did this really come from the dietary committee—or from lobbying efforts by Big Food?
It’s generally good that consumers have more information about the nutritional content of their food—ANH-USA supports the inclusion of data about sugars on nutrition labels. But creating a DRV for added sugars is a tacit federal approval of putting extra sugars in processed foods, and that’s something we don’t need. The federal government already subsidizes sugar with import quotas and crop subsidies. The FDA—an agency charged with protecting public health—shouldn’t become yet another sugar sales agent.
Let’s also keep in mind that the average American already consumes three pounds of sugar every week. It has been estimated that this has led to chronic diseases whose treatment cost an extra $1 trillion in healthcare spending between 1995 and 2012.
Some consumers mistake products with added sugar as healthy snacks when they are anything but. For example, many brands of yogurt, especially low-fat yogurt, have more sugar than a Twinkie. Or take Vitaminwater: one 20 oz. bottle contains as much sugar as three Krispy Kreme doughnuts. Many “gluten free” products are especially loaded with added sugar. It seems to us that marketing these junk food products as health foods represents a form of fraud. The FTC is supposed to police fraud, but it looks the other way on these.
Further, the myriad dangers and health conditions caused by sugar—and the rather abysmal track record of nutritional advice offered by the federal government—are enough to tell us that the FDA shouldn’t be approving a 10% DRV number for added sugar. Particularly since the World Health Organization slashed its recommendation last year for daily total sugar intake, including from fruit, from 10% of total calories to 5% of daily calories.
Any integrative doctor or nutrition professional worth his or her “salt” will advise patients (in most cases) to strictly limit their sugar intake, and to eliminate added sugar completely—in particular artificial sweeteners and highly processed forms like high fructose corn syrup. Dr. David Williams doesn’t mince words: “I can’t put it more plainly: sugar kills.” (Alternatives Newsletter, June 2010).
(You can review some of our past articles on natural, healthier forms of sugar that are preferable to other sweeteners—but these should be used rarely, and in moderation.)
Even with a DRV for added sugar, it will still be difficult for consumers to know how much is too much sugar. Just because sugar naturally occurs in most fruits doesn’t mean we should eat them in abundance. Dr. Mercola, for instance, advises consumers to limit their intake of fructose from healthy fruits to 15 to 25 grams a day.
We should also keep in mind that DRVs in general are flawed. Each person has different requirements for different nutrients, and consumers should consult a nutritionist or an integrative physician to determine the ideal balance of nutrients specific to his or her own body. But it is also true that the Nutrition Facts panel is the only information that most people use to make decisions about their diet and health. In an ideal world, we would recommend that the government indicate not a recommended amount for natural sugar but rather a maximum, and drop the DRV for added sugar to zero, But Big Food political pressure would likely make anything the Feds come up with deeply flawed.
Action Alert! Write to the FDA and tell them their Nutrition Facts proposal for added sugars is wholly inadequate—that they shouldn’t be promoting a recommended value for added sugars at all. Please send your message immediately.

49 responses to “FDA On Sugar: Not So Sweet”