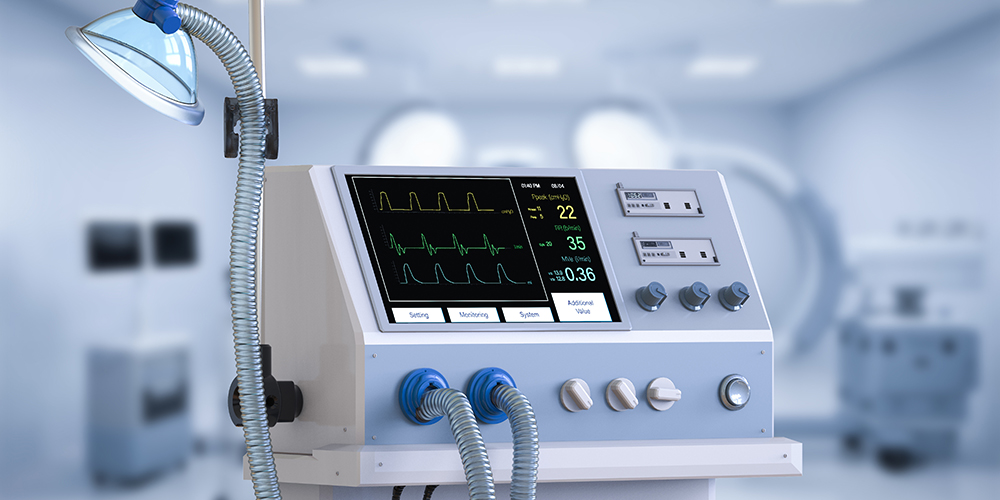 Many are now questioning the usefulness of ventilators for COVID-19 patients, suggesting they might cause more harm than good. This may be because the paradigm by which doctors are treating the disease is wrong. Simply put, hospitals around the country are operating from the assumption that COVID-19 infection causes respiratory failure in which a ventilator is needed to do the work that the patient’s muscles normally do. But there is an emerging theory that oxygen failure is the problem, that it is as if patients have been placed at high altitudes without being able to acclimate. If this is true, increasing pressure on the lungs to open them up actually hurts the patient even more. Similar observations have been made by doctors in Europe. This may help explain the 90% mortality rate for intubated patients that has been recorded in the New York City area.

Some doctors are contemplating hyperbaric oxygen therapy (HBOT) in sick COVID patients to prevent intubation, and there are indeed a number of clinical trials underway to assess HBOT’s viability for treating COVID patients.

If the emerging theory is correct, it doesn’t mean ventilators wouldn’t be used. They are still useful for standard pneumonia, which COVID-19 is not.

Separately, in another of a long list of failures, federal actions have resulted in fewer of these machines being available to hospitals and clinics across the country

Years ago, the federal government began contracting with private companies to produce smaller, cheaper ventilators to have on hand in the event of a pandemic. The company that eventually developed the ventilator hasn’t delivered a single one to the government and is instead selling the model at a huge markup overseas. The feds also failed to maintain the ventilators they already had stockpiled for emergency use, rendering thousands of them unusable. This is yet another example of the shocking ineptitude of our federal government during this pandemic.

Five years ago, a division of Health and Human Services (HHS) contracted with multinational company Philips N.V. to create a low-cost, portable, and easy-to-use ventilator in order to better prepare the US for a pandemic. The FDA approved Philips’ design in 2019, and HHS ordered 10,000 of the ventilators for $3,280 each to be delivered by September 2022. The contract gave Philips a year before they had to produce a single ventilator for the government.

Then a global pandemic hit, and the ventilator designed with taxpayer money is selling like hot-cakes—just not to the US government. After getting FDA approval, Philips began selling commercial versions of the ventilator to overseas customers at a huge markup for $17,154. Meanwhile, the company apparently has “no plan” to begin production of the government-ordered ventilators anytime this year.

ProPublica reporting described HHS as “remarkably deferential to Philips—and never more so than in the current pandemic.” HHS officials have yet to explain why they haven’t forced Philips to accelerate the fulfillment of the government contract when it became clear that medical facilities were getting overwhelmed and there was a shortage of ventilators. HHS is apparently happy to let Philips make a killing off of a taxpayer-funded ventilator while healthcare workers scramble and adjust to crippling shortages.

This isn’t the only government fumble when it comes to ventilators. State officials have reported to HHS that ventilators they received from the agency didn’t work. This was reportedly due to the fact that the government’s stockpile was not properly maintained; the contract with a company that was maintaining the ventilators had expired in the summer of 2019, and another company wasn’t given the job of maintaining the government stockpile until January 2020, when the US was already in the grips of the pandemic. This lapse likely rendered many of the machines inoperable, as experts say that these machines are sensitive and cannot be stored for prolonged periods without maintenance.

The government’s failure to provide ventilators to hospitals may have inadvertently and ironically saved lives, but this and all the wrong moves that prevented COVID tests being available illustrates why government is not qualified to run healthcare.

The primary virtue of private enterprise is that falling profits and bankruptcy eventually weed out poor performance. Government programs never die, no matter how badly run. Worse, private companies make deals with government to keep themselves alive through crony capitalist subsidies and monopolies, which we see throughout the medical system.

Today’s pandemic is a moment to admit failure and not just to accept it, but to do something about it. In particular we need to bring back natural medicine despite the fierce opposition of crony capitalist interests in Big Pharma, hospitals, and insurers, backed by allies in government.

Action Alert! Send a message to your state and federal representatives, telling them that there are vitally important nutritional strategies to deal with COVID. Please send your message immediately.

15 responses to “Are Ventilators Killing People?”