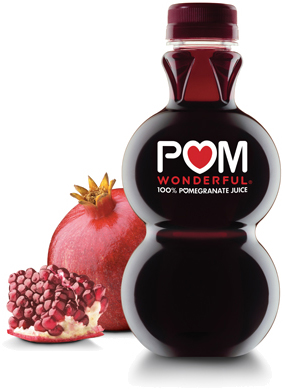 The FDA and the FTC won’t allow reasonable, science-based claims about foods and supplements, but they let mega-companies like Coke run wild. Action Alert!
Something is rotten in the state of false advertising:

Two important court cases shed some light on FTC’s special treatment of Coca-Cola, and its targeting of POM Wonderful:

POM Wonderful vs. Coca-Cola: POM Stands Up for Consumers

In 2008, POM Wonderful took Coca-Cola to court over its Minute Maid brand’s “Pomegranate Blueberry” flavored juice. It sued Coke under the Lanham Act, which allows a company to litigate against competitors that misrepresent the nature of their products.
According to POM’s suit, Coca-Cola engaged in false advertising by portraying a product that contains less than 1% of pomegranate and blueberry juice (it’s mostly apple and grape juice) as pomegranate juice. It seems Coca-Cola wanted to cash in on the market largely created by POM Wonderful, but in a way that would let it cut corners and save money (its solution was to slap a “Pomegranate Flavored Juice!” label on apple juice and call it a day).
Questions about this case have made it all the way to the Supreme Court, which now has to decide whether or not POM can proceed with its lawsuit. One issue being debated is whether an FDA-approved label is exempt from a lawsuit under the Lanham Act.
That’s right: the FDA didn’t take action on Coca-Cola’s clearly deceptive labeling because the product’s label is 100% FDA compliant—the agency has no qualms about it whatsoever. In part, this is because the FDA allows companies to label a product based on its flavor, rather than its contents.
Another question being debated by SCOTUS: can a label that is FDA-compliant still be held legally responsible for misleading consumers? If the Supreme Court says “yes,” this could be a potential embarrassment to the FDA: it could illustrate that Big Food companies can easily game the FDA’s system, to the detriment of consumers.
Based on the arguments heard thus far, the Supreme Court seems inclined to let POM proceed for its false advertising lawsuit. But we’ll keep you updated.

FTC vs. POM Wonderful: A Gag Order on Health Benefits

Unfortunately, this isn’t POM Wonderful’s first “false advertising” difficulty—for the past several years, it’s been engaged in an ongoing battle with the FTC over claims made for its own products.
A bit of background: in 2012, an administrative law judge (ALJ) for the Federal Trade Commission upheld POM’s right to make what the FDA would call structure/function claims in ads. Structure/function claims include statements such as “calcium helps build bones,” and don’t directly talk about curing a disease. At the same time, the ALJ found that some of the company’s claims went too far—specifically where POM claimed the juice could help heart disease, prostate cancer, and erectile dysfunction.
Because the ALJ’s decision was a partial victory for both POM Wonderful and the FTC, both sides appealed, which necessitated a ruling from the FTC as a whole. In 2013, the commission took a much more unreasonable line. It found that thirty-four of POM’s forty-three claims were implied disease claims—fifteen more than the ALJ had found. The full commission further ruled that a double-blind random-controlled trial (RCT) is required for any “efficacy” claim and two double blind RCTs for any claim that might seem to be related to a disease. The $35 million spent on peer-reviewed scientific research previously spent by POM was brushed aside because the studies were not RCTs.
Undaunted, POM again appealed, and the case is now being heard by the US Court of Appeals for the District of Columbia Circuit. The FTC is claiming that POM’s advertisements could “mislead consumers into stopping prescribed medical treatments.” In other words, the FTC thinks the American public are idiots.
Seriously, though: what do you think the FTC is more concerned about: consumer health, or Big Pharma’s bottom line?
ANH-USA has filed an amicus brief (a legal opinion submitted to the court by a third party) in the support of POM Wonderful’s suit against the FTC. It’s vital that we participate in this discussion to protect free speech rights for natural products, and ensure your access to information about the therapeutic effects of natural products.
Action Alert: Tell the FTC to Respond to ANH-USA’s Petition! In 2011, ANH-USA filed a Citizen Petition with the FTC alleging that its arbitrary requirements for food and dietary supplement health claims oversteps its jurisdiction, violates the First Amendment, and chills protected speech. Don’t let the FTC continue to ignore citizens asking for change! Please take action immediately!