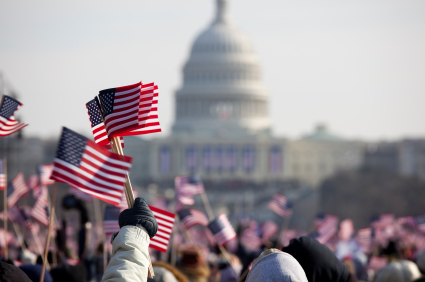 September 3, 2014
Category: Are My Supplements Safe?

Readers of Life Extension Magazine® are well aware of the recent track record of the United States Preventive Services Task Force (USPSTF). In May 2012, this taxpayer-funded group recommended that men avoid life-saving PSA blood tests.
In the December 2012 issue of Life Extension, the fundamental flaws that drove this ill-advised proposition were exposed.
The USPSTF seems to be falling into a pattern of disseminating misleading information based upon consideration of only isolated evidence.
On November 12, 2013, the USPSTF decried that evidence doesn’t support a role for vitamin and mineral supplementation in protecting against cancer and cardiovascular disease.1
Naturally, the mainstream media has regurgitated the USPSTF’s findings via nonsensical headlines such as “Do You Take Vitamin Pills? This is why You Should Stop.”2
As Life Extension® members know, health-conscious individuals can’t rely on government-funded panels and mass media outlets for the interpretation of scientific evidence. This case is no different.

The chances that any health-conscious American would consider a combination of only 3 vitamins and minerals a “multivitamin” are slim to none. Not so for the USPSTF.
In their analysis, the USPSTF allowed studies in which only three nutrients were administered to subjects to be considered “multivitamin” trials.
Cancer and cardiovascular disease are extremely complex conditions that involve perturbations of multiple biological processes. We at Life Extension don’t expect a few nutrients in isolation to sufficiently modulate the underlying causes of cancer or cardiovascular disease enough to render robust risk reduction in a clinical trial.
Combatting age-related diseases like these requires a multifactorial approach. For example, Life Extension has identified at least 17 independent variables that contribute to heart attack risk, all of which must be addressed if risk is to be optimally mitigated. Many of these factors can be targeted by a variety of integrative interventions and natural compounds, making the list of potentially beneficial nutrients quite extensive.
Within their manuscript, the USPSTF researchers admit that “ …physiologic systems affected by vitamins and other antioxidant supplements are so complex that the effects of supplementing with only 1 or 2 components is generally ineffective…” Accordingly, they also noted that “…the best support for benefit of supplementation came from 2 multivitamin trials that used physiologic doses of a wider variety of agents.”
In further conceding the limitations of their analysis, the USPSTF researchers noted “Future studies of multivitamin supplements should … use a multivitamin that is reasonably similar to the popular brands in the current market …”This is sound advice, but bodes poorly for the durability of their current conclusions, which were based in part upon the imprudent foundation of three-nutrient combinations constituting a “multivitamin.”

The authors of the analysis remark “This is a review of trials, a study design used primarily to evaluate drug therapy. This design might not be ideally suited to evaluating nutrients .”
By design, the type of analysis the USPSTF conducted is meant to ascertain the effectiveness of drugs, not vitamins and minerals. This approach inherently limits the scope of evidence upon which conclusions about the effects of nutrients can be based.
Assessing the effects of nutrients requires an approach that takes into consideration variables such as the multifarious actions of nutrients and the impossibility of having a true “placebo group” in a trial of vitamins or minerals due to their natural occurrence and presence in the diet, which can vary considerably even among individuals in the same study.3

Conclusions Based on Limited Data Analysis

The USPSTF’s decision to utilize methodology designed to assess the efficacy of drugs in this analysis of vitamins and minerals caused copious data to be ignored.
A quick search in PubMed, the U.S. National Library of Medicine’s database of biomedical information, reveals the scope of data that was overlooked by USPSTF researchers. There are 154 clinical trials in which the words “multivitamin” or “multivitamins” appear in the title of the published manuscript indexed in PubMed as of the time of this writing.
Via adherence to standards for drug assessment, the USPSTF researchers determined that only two trials were methodologically sufficient for inclusion in their analysis of multivitamin efficacy. Moreover, while the USPSTF analysis set out to assess the effects of 16 nutrients, including nutrient combinations and individual nutrients, their analysis encompassed only a total of 26 studies.
Dismissing vast amounts of evidence on the effects of vitamin and mineral supplements just because studies in which they were investigated don’t adhere to the methodological framework of pharmaceutical drug trials provides an overly narrow and skewed view of the body of research on these nutrients.
Worse yet, only a single trial in the USPSTF analysis of multivitamin efficacy included women, and the “multivitamin” in the trial consisted of only five ingredients. In addressing this point, the USPSTF researchers allow that “…it could be argued that there are no data on a ‘true’ multivitamin in women [included in this analysis].”
Not surprisingly, however, this hasn’t stopped mainstream media from espousing generalized headlines discouraging the use of multivitamins for everyone based upon the USPSTF’s findings.

Cardiovascular disease and cancer are the result of decades of accumulated damage caused by a vast array of health insults. Intervening in these processes to delay or prevent the overt onset of these diseases is a primary goal of preventive medicine and especially dietary supplementation.
By this virtue, it is capricious to expect that relatively short-term multivitamin supplementation will dramatically impact the emergence of age-related disease like cancer and cardiovascular disease.
Most multivitamin trials included in the USPSTF analysis were of relatively short duration, which makes it unlikely that robust risk reduction would be evident. Nevertheless, two included trials, the Physicians’ Health Study II (PHS-II) and the SU.VI.MAX trial, were of moderate duration (11.2 and 7.5 years, respectively) and revealed evidence of a reduction in cancer risk among men taking multivitamins.4,5
Evidence of some risk reduction in these trials suggests that a more plausible conclusion to be drawn from the USPSTF analysis is that longer-term trials are needed to ascertain the scope of benefits of multivitamin supplementation.
Despite concluding that there’s no evidence that multivitamins reduce cancer or cardiovascular disease risk, the USPSTF researchers do acknowledge that “Most of the included vitamin trials provided less than a decade of follow-up, and vitamin effects on [cardiovascular disease] and cancer may take longer to manifest.”

Report Downplays the Researched Benefits of Vitamins and Minerals

Despite conclusions drawn by the USPSTF, several trials included in their analysis showed protection against cancer and cardiovascular disease.
For example, the Physicians’ Health Study II (PHS-II) found that multivitamin supplementation was associated with a 8% reduction in overall cancer incidence and a 12% reduction in cancer deathafter 11.2 years of follow up.
In addition, the Supplementation in Vitamins and Mineral Antioxidants Study (SU.VI.MAX) found a31% reduction in total cancer incidence in men that supplemented with a multivitamin.
When SU.VI.MAX’s results in men were combined with the PHS-II results, the risk for all cancer incidence was reduced over 10 years of follow-up. However, the USPSTF researchers failed to present the details of this pooled analysis.
The PHS-II study also found a 39% reduction in fatal heart attack risk in those taking a multivitamin.
In addition, one trial found a 58% reduced incidence of cancer for those supplementing with vitamin D plus calcium over 4 years.
Although not statistically significant, additional benefits of vitamin and mineral supplementation were noted in the analysis as well. These type of small improvements in studies should not be overlooked since they can have a big impact on public health considering the large number of individuals taking vitamins and minerals. The review included trials showing the following:

In addition, several trials not included in the USPSTF analysis have shown considerable benefits associated with supplementation. A small sample of the vast number of robust studies that support vitamin and mineral supplementation is provided below.
A 2013 study that enrolled 88,045 postmenopausal women reported that vitamin B6 and riboflavin intake from diet and supplements reduces the risk of colorectal cancer in postmenopausal women,10 and a 2007 study that enrolled 81,184 subjects found that low vitamin B6 intake is associated with an increased risk of colorectal cancer.11
Another 2013 study that examined 77,446 men and women aged 50 to 76 found an inverse relationship between dietary selenium and the risk of pancreatic cancer.12
In 2012, European researchers published results of a large study on 23,943 subjects who took antioxidant vitamin supplements over an average of 11 years. Individuals who used antioxidant multivitamins were 48% less likely to die from cancer and 42% less likely to die due to any cause compared to antioxidant vitamin nonusers.13

In addition to attempting to evaluate the efficacy of vitamins and minerals, the USPSTF researchers also examined the safety of these nutrients.
The researchers reaffirm the overall safety for multivitamins noting, “We found little consistent evidence of harm across studies,” and “ no consistent pattern of harm from nutritional dosages of multivitamins.”
The analysis also discredited concerns raised by some researchers about calcium and cardiovascular disease.

“Recently, several investigators have posited that calcium intake or supplementation have harmful effects on CVD outcomes (75– 80). Much of this speculation, however, derives from 2 meta-analyses that used different sets of trials (75, 76) and were heavily influenced by data from a reanalysis of the Women’s Health Initiative (WHI) trial (77). The WHI reanalysis identified harms only in the subgroup of women not taking calcium or vitamin D at baseline. Such post hoc subgroup analyses, however, can be misleading (81). Indeed, the WHI investigators found no evidence of harm for CVD or cancer in their own reanalysis of their trial results, even when results were stratified by baseline supplement use and the results of their large observational study were added (78).”

The authors then conclude, “…available studies are insufficiently consistent to permit the conclusion that calcium supplementation is harmful…”
Based upon an analysis of this study and the existing research, Life Extension continues to recommend members supplement with a high quality multivitamin containing physiologic doses of a broad array of vitamins, minerals, and vegetable fruit complexes for optimal health.