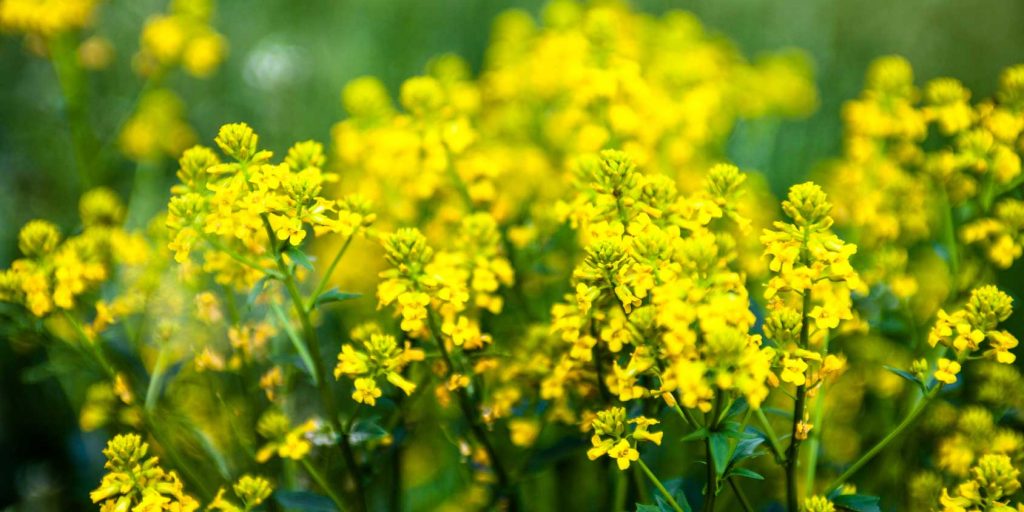 Organic products are at risk. Action Alert!
When consumers purchase organic produce, they expect to avoid vegetables and fruits that have been genetically modified or sprayed with dangerous pesticides. The unsettling reality, however, is that cross-contamination between GM plants and conventional or organic plants is not only possible—it is already happening.
Take the example of rapeseed (Brassica napus). Millions of acres of GM rapeseed, which is used to make canola oil, the most popular cooking oil in North America, are being grown—in Canada and Australia in particular, but also in the US. This GM rapeseed has spread across the world, growing wild in ports, railway beds, along highways, and other areas where it has “escaped” during transport. This has been documented particularly in Japan but has been found growing wild in North Dakota as well.
Not only is it growing wild—it has contaminated another Brassica, the parent of cruciferous vegetables known as Brassica rapa. Organic broccoli, cauliflower, kale, Napa cabbage, Brussels sprouts, and more are now under threat. Keep in mind that when one type of GM plant crosses with another plant, it keeps all the GM mutations.
What is particularly alarming is that GM plants and non-GM plants do not need to be close together for cross-pollination to occur. GM rapeseed is spread thousands of miles along places where it’s spilled. Its pollen can also travel thousands of miles. Cross-pollination is likely to occur in weedy relatives of cruciferous vegetables growing in and around cultivated areas. It’s not known whether contamination of organic vegetables has already occurred. The US government isn’t monitoring GM canola and isn’t interested in finding out what is happening.
If you listen to Monsanto—or their allies in government—you’d think everything is just fine. Monsanto informs us that GM crops can coexist perfectly well with organic crops—sometimes even on the same farm!
More to the point, the organic seal cannot provide complete protection. It refers almost exclusively to the processes used by a farmer to make sure the crops are not genetically modified. This includes some measures that must be taken to avoid contact with GMOs, but the point is that food can still be labeled “organic” even if it ends up containing some unknown percentage of GM material.
Nor is testing vegetables a solution, since it would make already expensive organic food astronomically expensive. Large companies might even like this, because they could use such a regulation to shut down smaller competitors, including family farms.
There is an additional worry. Following the passage of the National Bioengineered Food Disclosure Act—that is, the phony GMO labeling bill that was approved by Congress in July—the USDA has to set a threshold for how much GM material can be in a food in order to qualify it for the GMO label. Given the biotech industry’s clout in Washington, it’s a safe bet that the USDA’s proposal will be written by those companies.
The issue here is not only one of cross-contamination—not only between GM and non-GM plants of the same species, but also between different species. This is all part of the Pandora’s Box of GM food that has corrupted our government as well as our good supply.
Action Alert! Write to the USDA and tell them to stop ignoring and covering up GM cross-pollination and contamination. Also urge the agency to protect consumers by keeping organic food truly organic. Please send your message immediately.

11 responses to “Frankenbroccoli for Dinner?”