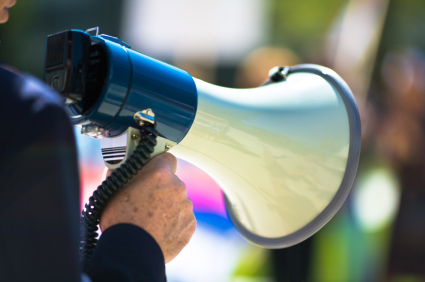 Big Pharma seems to be the winner. But this could open the door for natural health companies to cite truthful science about supplements.


As we have noted before, the FDA thinks that “misbranding” can mean making a completely true statement about a product but without FDA permission. The FDA is definitely not a fan of free speech.

A cherry producer who cites peer-reviewed scientific research from prestigious universities on the health benefits of cherries would, in FDA-speak, have engaged in “false” and actionable “misbranding” which suddenly turns the cherries into what FDA calls “drugs.” It’s because of this “misbranding” threat that supplement producers are not allowed to discuss scientific research on the efficacy of their products.

The FDA also contends that “misbranding”  includes marketing or promoting a drug or medical advice for any use other than what the FDA approved it for. In other words, if a drug approved to treat narcolepsy also works as a treatment for insomnia or fibromyalgia (as a drug called Xyrem allegedly does), the drug company and its representatives cannot promote the drug’s off-label uses. Doctors are free to prescribe a drug for any use they wish, but the drug company can’t tell them about such alternative uses.

A former sales rep for the company that made Xyrem was caught on tape doing just that—promoting its off-label uses to doctors. He was convicted by a jury, but the sales rep appealed the conviction, arguing that his right to free speech under the First Amendment was being illegally restricted. And yesterday, a federal Court of Appeals agreed that the ban on so-called off-label marketing violated the sales rep’s freedom of speech. One of the judges wrote, “The government cannot prosecute pharmaceutical manufacturers and their representatives under the FDCA [the federal Food, Drug, and Cosmetic Act] for speech promoting the lawful, off-label use of an FDA-approved drug.”

The government is likely to appeal the appellate court ruling, and the case could find its way to the Supreme Court.

While most accounts are chalking this up as just another win for the drug companies, this ruling could open the door for natural health proponents. Considering that the previous understanding was that anyone can speak openly about the truthful-but-non-FDA approved health benefits of a supplement—anyone except the company selling the product and its representatives, that is—this ruling could have huge implications for supplement companies and how they can communicate to practitioners, and perhaps even more broadly, to consumers.

If a drug company sales rep can promote non-FDA-approved uses for drugs, particularly as a means for encouraging doctors to prescribe them to their patients, then might not the same freedom of speech allow supplement companies to tell practitioners about the science behind their product?

We should note that this ruling was on literal speech—what the rep said verbally—and didn’t specifically apply to written materials. But previous free speech rulings interpret the issue more broadly as “freedom of communication.” And even if a court finds it doesn’t apply to written materials, it would likely still apply to what health food store employees can tell you about a supplement—which is, in itself, a huge opening. Maybe the government would have to stop trying to entrap health food store employees.

The Pharmaceutical Research and Manufacturers of America (PhRMA), a trade group representing the drug companies, was of course pleased with the decision. A spokesperson says saying PhRMA “believes that truthful and non-misleading communication between biopharmaceutical companies and healthcare professionals is good for patients, because it facilitates the exchange of up-to-date and scientifically accurate information about new treatments.”

Now remove the word “biopharmaceutical” in the above quote and put “supplement” in its place. The sword that is our freedom of speech cuts both ways!