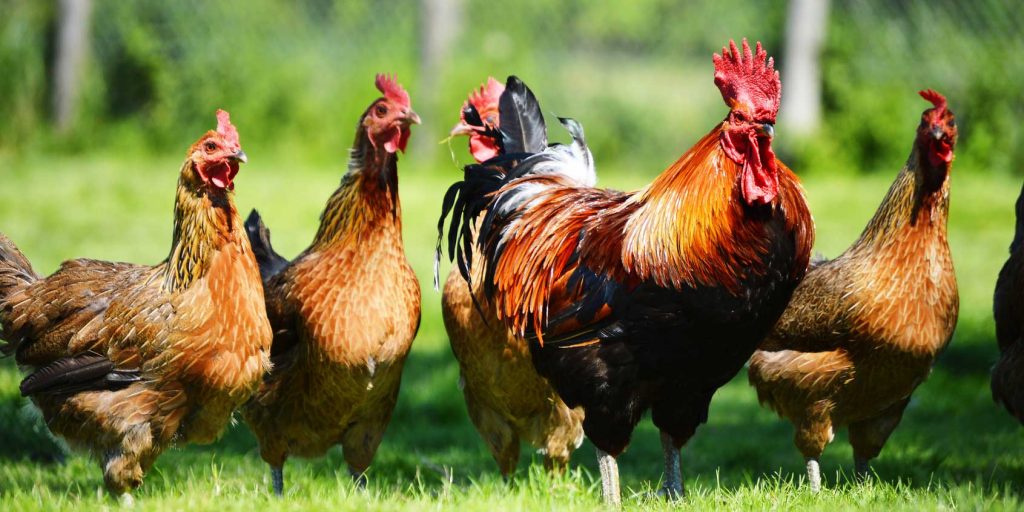 The floodgates are open for more genetically modified animals—possibly even humans.
Last week saw the approval of another genetically modified animal— this time a chicken genetically altered to produce a drug in its eggs. The drug is designed to replace a faulty enzyme in people with a rare genetic condition that prevents the body from breaking down fatty molecules in cells.
The genetically engineered (GE) chicken is not approved for human consumption, but it is the third so-called “farmaceutical” approved in the US market. Preceding the chicken was a GE goat that produces antithrombin, an anticoagulant, in its milk. Last year the FDA also approved a drug for treating hereditary angioedema that is produced by transgenic (GE) rabbits.
As one geneticist noted, “I can’t wait to see what comes next.” We can. We also expect the development of more GE animals as food following the approval of AquaAdvantage’s salmon, which we dubbed “Frankenfish” over five years ago, the first GE animal approved for human consumption. The FDA has indicated these salmon will not even need to carry a label identifying them as genetically modified—so you may have no idea what you are eating.
There is much talk of creating so-called designer babies, whose parents would be able to select the genetic characteristics that their child develops (being tall, intelligent, etc.). Scientists are also working on performing DNA transplants into human embryos to eliminate genetic diseases. A baby born this way would have genetic material from three different people and pass on its genetic makeup to future generations. Scientists are learning, however, that changing even one gene can result in harmful DNA mutations that reverberate throughout the entire DNA structure.
This is the stuff of dystopian science fiction stories, and we may be approaching such a world faster than we think.

Other articles in this week’s Pulse of Natural Health
Your Family’s Meat—Will You Know Where It Comes From?
Big Food Wants to Sneak a BAN on Mandatory GMO Labeling into the Budget Bill!
GMO Fraud Revealed

19 responses to “GM Chicken Approved “For Medicinal Purposes”! Are Humans Next?”