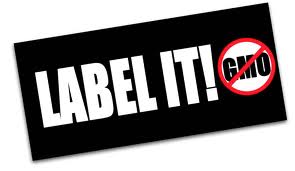 Now on to the CT House—where the opposition is stronger. Action Alerts!


It’s good news/bad news in Connecticut for GMO labeling advocates this week, where the state Senate voted 35-1 in favor of SB 802, a GE labeling bill that ANH-USA helped draft. After the Senate passed the bill, the Connecticut House accepted an amendment from Governor Dan Malloy and Speaker Brendan Sharkey, despite strong protest from advocates, that weakened the bill.

The amendment was a triggering provision which requires that three more of the nine states that make up the Northeast—Maine, New Hampshire, Vermont, Massachusetts, Rhode Island, New York, Pennsylvania, and New Jersey—would need to pass a similar bill before it could go into effect in 2015. However—and this is back to the good news—if the other states failed to adopt GMO labeling statutes, the Connecticut GMO law would still go into effect on its own, but in 2016, as a standalone provision. This provision rescues the bill. SB 802 is sitting in the House, waiting for a vote.

However, on Friday around midnight, the House passed and sent to the Senate its own bill, HB 6527. This bill is weaker than SB 802 because it removes that all-important standalone provision, and increases the number of states needed to trigger the GMO labeling requirement to five. Moreover, before Connecticut citizens would have the right to know what is in their food, the combined total population of at least two of those five states would have be at least 25 million people! This also appears to be a deal worked out between the governor and Rep. Sharkey.

Action Alert! Connecticut residents, please contact your representatives and thank them for supporting GMO labeling in HB 6527, but ask them to vote YES on SB 802 since this the stronger bill and provides the greatest protections to consumers! Take Action!


Also please contact your senators and thank them for passing SB 802. Thank you to CT Senate!

Connecticut seems to be following a familiar pattern. Maine’s GMO labeling bill (LD 718) recently passed out of committee 8-5—with the same proviso that it will go into effect only if three more of its nine neighboring states pass similar laws by 2018.

So far, Vermont hasn’t put the same restriction into its GMO labeling bill. Vermont’s House just passed H 112 by 99-42. The bill is now in a great position to be taken up by the Senate when lawmakers return to their work next January.

On the federal level, however, the picture isn’t as bright. The Sanders amendment to the Agriculture Reform, Food, and Jobs Act of 2013, which would have permitted states to require the labeling of GMOs, failed with a vote of 71-27.

Rep. Steve King (R-IA) added an amendment to the Farm Bill, which has passed through committee and is waiting on the floor of the House for a vote. The King Amendment would “reinforce the Commerce Clause by asserting the right of a state to trade agriculture products freely with another state. One state cannot deny the trade of an agricultural product from another state based on that product’s means of production.”


This amendment may well have negative implications for GMO labeling. A state that requires GMO labeling on its food, it could be argued, creates a trade barrier between a state that does not require GMO labeling. This could run up against the dormant commerce clause, which limits individual state authority to regulate intrastate commerce even in the absence of a conflicting federal law. This is a back-door way of dissuading states from passing labeling laws. It could also prevent states from banning GMO products altogether.

Action Alert! Please contact your representative immediately and ask him or her for an amendment to strike the King Amendment from the House Farm Bill.

8 responses to “GMO Labeling Bill Passes the Connecticut Senate—and You Helped Draft It!”