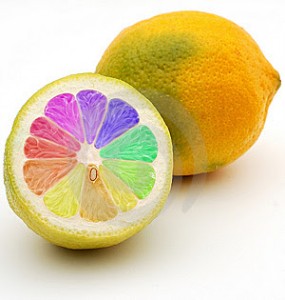 
The Budget Control Act of 2011 goes into affect at midnight on December 31. That is the bill already passed that raises taxes and cuts the budget. Congress does not like this scenario, so it is working on an omnibus 2013 Appropriations Bill that will address tax and spending cuts before January 1.


Even though no bill has yet been introduced, if Congress and President Obama reach agreement, the bill will be rushed through. Unfortunately, we have received word from sources on Capitol Hill that the GMO bills that previously were attached to the Agriculture Appropriations Bill and the Farm Bill could be part of this package. And because it’s a must-pass funding package, any GMO rider that is included will likely become law.

These are the same GMO riders we told you about last July. Section 733 of the Agriculture Appropriations Bill (the so-called “Farmer Assurance Provision,” though one might just as well call it the “Monsanto Protection Act”) would strip federal courts of the authority to halt the sale or planting of illegal, potentially hazardous GMO crops—even if a court has told them to stop—while USDA is still assessing potential hazards. The Secretary of Agriculture must, under this provision, grant any farm operator or producer upon request a temporary permit allowing GMO crops to be planted or cultivated, even if a court has called a halt to it until an Environmental Impact Statement is completed.

This rider will almost certainly be included in the omnibus appropriations bill. The second rider, which had been attached to the Farm Bill, would outlaw any review of GE crop impacts based on the National Environmental Policy Act, the Endangered Species Act, or any other environmental law. And no agency other than USDA would be allowed to provide analysis. Even worse, even if negative information were allowed, this would have no affect on the approval of GMO crops. It is less likely that it will be included in the funding bill, but entirely possible.

The biotechnology lobby (Monsanto et al.) is pushing these riders hard to get them folded into the last-minute funding package. Moreover, Sen. Inouye, chair of the Senate Appropriations Committee, still supports the riders, even though the other senators on his committee have already expressed opposition.

While their lobbyists are working on Congress, the biotech industry continues to enforce their seed patents at the expense of small farmers. For example, DuPont is sending former police officers across North America to prevent farmers from saving the seeds from the harvest to replant the next year—despite this being a traditional farming practice. DuPont considers such practices illegal, a threat to patent protection, and in violation of their sales contract. Whether DuPont and other biotech companies will be allowed to continue taking direct action against farmers is a matter that will be considered by the Supreme Court.

Ask your representative to sign the Dear Colleague letter.

Ask your senators to oppose the biotech rider if the language finds its way in the fiscal package.