Reading a complete list of chemicals contained in their shampoo, conditioner, lotion, moisturizer, hairstyling products, deodorant, cosmetics and cologne would shock most consumers. A recent study found that the average British woman wears over 500 chemicals every day. Clearly, American women do the same. And yet, with the exception of a few enlightened integrative practitioners who practice environmental medicine, no medical professional ever queries patients about their daily application of chemicals to their bodies and scalps.
There’s growing evidence that chemicals in the environment can adversely affect the health of susceptible individuals. Nevertheless, the opinion-editorial page of the Wall Street Journal recently issued a baby-bottle “red alert,” stating this “common chemical… is everywhere in our 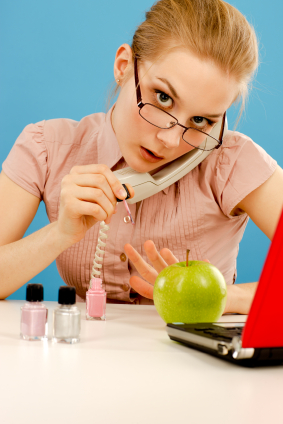 lives” and “Without BPA [bisphenol A], people would be exposed to more harmful metals and substances”. The option to buy products free of BPA is an important freedom of choice. But consumers are derided in certain political circles for wishing to retain that choice. The truth is that humans are the unwitting subjects of an experiment to learn the consequences of living in an ever-swelling sea of chemicals. Even if we believed these chemicals are totally safe, how would we explain that 1 in 6 American children is learning- or behavior-disabled, or explain why in recent years the rate of autism has grown from 1 in 10,000 to 1 in 100? Why the explosion in the incidence of neurodegenerative disease in the United States? Why does our rate of Alzheimer’s disease far exceed that in Asian countries?
Consider the following headlines, all of which appeared within one week:

On February 4, 2010, Keri Powell, an attorney for Earthjustice, told a New York state judge that members of his environmental firm “want access to the information [i.e., what chemicals household products contain] so they can determine the kind of chemicals they are introducing into their homes”.
How many chemicals do you wear each day?

11 responses to “Got Chemicals?”